Denby Fawcett: A Moment Of Wonder In An Otherwise Unsettling Year

Japanese glass fishing floats are a rare gift from the sea. 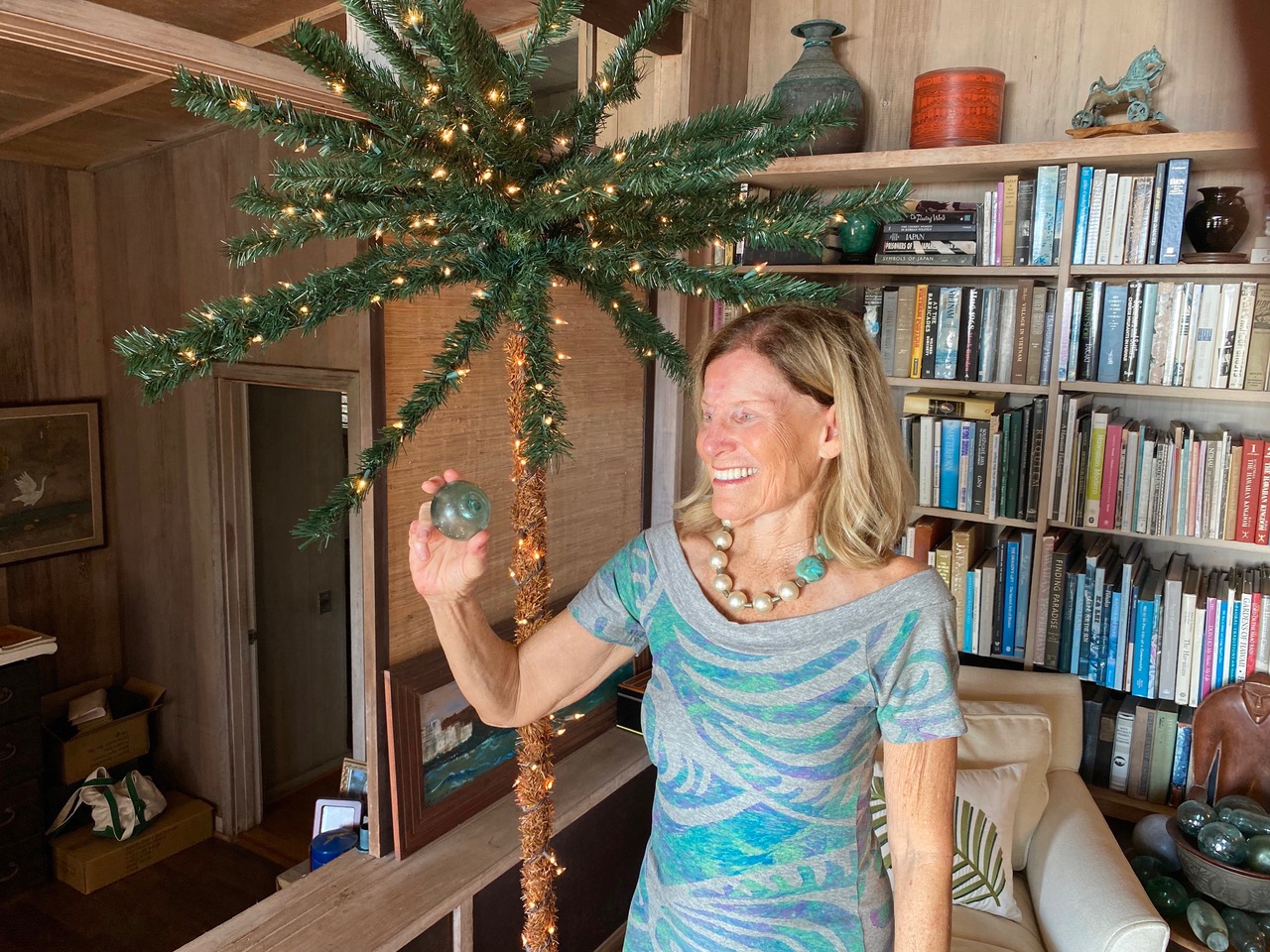 On Dec. 18, I found a Japanese glass ball that was partially shrouded by small twigs of driftwood and seaweed in the tideline of a beach on the North Shore.

I figure everyone else on the beach missed it because it was so small.

It was a puny green sphere, smaller than a tennis ball, covered with sea slime. When I first saw it, partially hidden in the debris, it evoked a rare moment of wonder in what’s been one of the most unsettling years ever.

It is a relief to know that even though we are in the middle of the coronavirus pandemic there is still magic out there.

My husband and I decided not to give each other Christmas presents this year but it didn’t matter. My gift had already come floating in from the sea. The glass ball.

My friend Colleen Rice found a glass float that was slightly larger on the same stretch of beach just a day after I found mine.

When I was a child, Japanese fishing floats of all sizes and shapes washed in with great regularity in places like Kailua Beach or Kahuku, ready for the finding, especially if a person woke up early enough to start looking when others were still sleeping.

My parents’ friends displayed piles of glass balls in palm frond baskets in their living rooms.

They were often found on windward facing beaches on most other Hawaiian islands.

My friend Annette Kaohelaulii, married to a Niihau native, said when she visited the island in the early 1970s Japanese glass balls were everywhere. Niihau people had so many, they laid them out in their yards, using them to encircle their ti leaf and noni bushes.

Annette said when she and her husband got ready to return to Oahu, her Niihau relatives gave her many strands of Niihau shell lei. “Just like you and I would give each other plumeria lei,” she said. And they encouraged her to take home dozens of glass balls.

When she said she didn’t have room in her suitcase, they pressed her harder. She said the Niihau residents kept urging, “Take them. Take them. Put them around your plants at home. They will keep down the weeds.” Annette said she was laughing, thinking if she did that the glass balls would be stolen from her Kaneohe home in five minutes.

Renee Ross, the mother of one of my daughter’s playmates, once told me about being inundated by glass balls when she and friends were sailing across the Pacific Ocean and their boat got stuck in the doldrums. As they sat on the deck gazing out at the windless sea they slowly drifted into a clump of hundreds of glass balls.

She said they became frenzied, grabbing the glass balls by the dozens until they realized there was room for only a few of the floats in the hold of the tiny craft as they sadly moved farther and farther away from the bobbing mass of glass floats.

Collectors all over the world are willing to pay a lot of money now for even ordinary baseball-sized floats and even more unusual shaped ones or for rare colors.

Once so plentiful, my friend Steve Mann says, “About the only place most people see glass balls now are hanging in netting from the ceilings in tiki bars and they are probably not authentic, made instead for decoration. Not real fishing gear.”

Glass fishing floats were invented in Norway when a Norwegian began blowing glass balls in 1842 to create buoyancy for cod gill nets. Soon they became popular in other European fishing communities.

Up until then, fishermen had used wood or cork to float their nets, but wood got waterlogged and it deteriorated rapidly in salt water. Glass was waterproof and could hold up almost indefinitely.

Japanese did not start making glass floats until 1910 when, according to collector-author Walt Pich, a Hokkaido glass blower named Hisakichi Asahara began blowing the glass spheres for local fishermen. Soon he was flooded with orders. There was such demand that Asahara’s family members opened their own glass-blowing factories throughout Japan. By 1930, they were sending out millions of glass floats for use on boats fishing the Pacific Ocean.

Just as had happened in Europe, other Asian countries soon adopted the Japanese practice of using blown glass for their floats until the 1970s when glass dropped off everywhere in favor of aluminum and plastic floats.

The purpose of the balls is to mark and keep afloat longlines and many different kinds of fishing nets.

In the six or so decades the glass balls were used by Asian fishermen, hundreds of thousands of them have escaped from fishing nets to become stuck in what’s called the North Pacific Gyre, a large system of four interconnecting currents, forever circling from Asia to North America and back again to Asia.

To this day, storms, high winds and tidal effects periodically knock the glass balls out of the gyre’s currents, sending them spinning off to the Pacific Northwest coast to wash up on shorelines from Oregon and Washington to Canada and Alaska. Other nomad floats released from the gyre take off on the seas to end up on the beaches of Hawaii, Polynesia, Micronesia and Taiwan.

My daughter was astonished to discover a glass ball sitting in some debris at My Khe  — once known as China Beach —  in Danang, Vietnam. The rolling pin-shaped float was the only glass ball she has ever found.

She is a diplomat working for the U.S. State Department. Since then, she has carefully wrapped and carried that glass ball with her every place in the world she has been assigned.

Because the glass balls are becoming more difficult to find, home burglars who once ignored them in favor of electronics and jewelry are happy to include the floats in their hauls.

Attorney Margie Au said when thieves entered her house a few years ago all they left with was a small koa bowl and a rare light blue glass ball given to her by attorney-author Craig Harrison, who found it in the Northwestern Hawaiian Islands.

When she told friends about her loss, a man who had collected a large basketball-sized float on Johnston Atoll gave it to her. He joked that he didn’t want it because it was probably radioactive.

Collectors all over the world are willing to pay a lot of money now for even ordinary baseball-sized floats and even more unusual shaped ones or for rare colors like the blue ball the burglars stole from Margie Au.

Regular tennis ball-sized floats can sell for as much as $75 online. Larger basketball-sized ones for $175 or more, and prices can start at about $50 for 5-inch rolling pin floats. If a glass ball has interesting markings or water inside, it can cost even more.

But nothing beats finding a glass ball on the beach by yourself for no charge whatsoever.

It doesn’t happen every day. Still, coming across a glass ball fits in with my mantra of hope for the new year ahead. 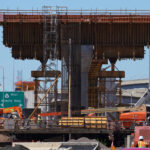 HART Fails To Address Risks Of Fraud, Waste And Abuse

Unfortunately, the value of the glass floats has risen to the point where people will steal them if given the chance. A neighbor of mine in Lanikai had glass floats hanging from her lanai at her beach front home for decades. There is no beach there any longer and the thieves (one thief could not have carried away all her floats) accessed her property from the rock walls that guaranteed the once sandy beach would never return. She was devastated.

I so love this article. Mahalo.Kanani

Heartwarming, mahalo for sharing such an inspiring encounter. Bought back many wonderful memories finding these treasures with my boys when they were young. A ray of hope! Cheers to 2021