"If you build it, they will come" doesn't work, and nobody believes construction timetables anymore. 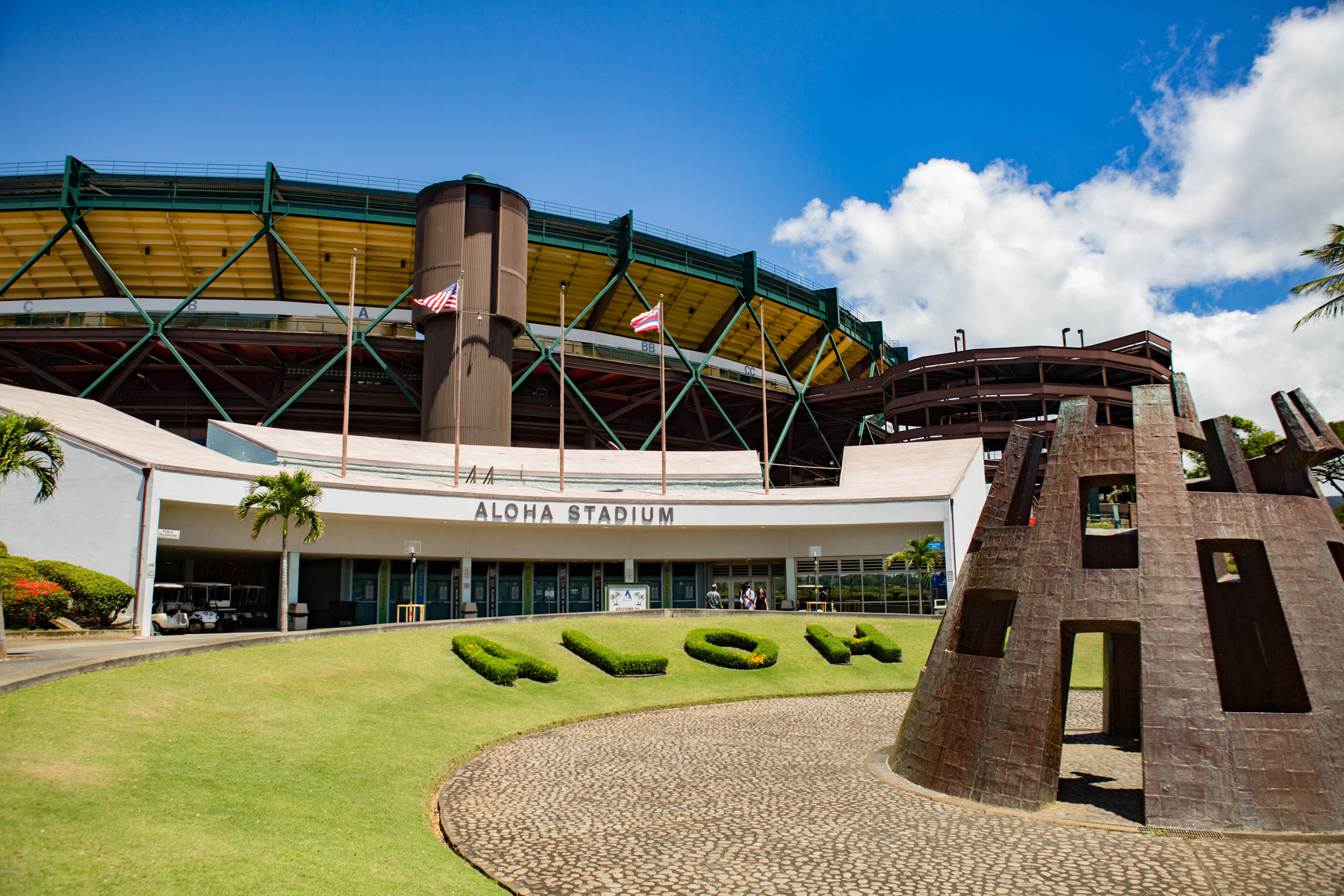 Right there in Halawa, it all comes together like a nexus of past, present and future. All the promises, plans and potential of government construction endeavors meet in 120 acres of pavement and rusting steel.

There is the Aloha Stadium, dark and quietly corroding in the misty Halawa rain. There is a brand new rail station, all lit up like a space port or LAX, but also empty, waiting for a grand opening that keeps getting pushed further and further into the future. There is the vast stadium parking lot, the only part of the project that has brought in any revenue in recent months, currently a winding maze of Christmas lights that families can drive through for $50 a car. Who would have ever thought a huge parking lot would become the most valuable asset on that property?

Now, the stadium is all but shuttered to regular use, except for a few exceptions.

The Aloha Stadium never was as good as it could have been, yet now that its best days are behind it, people are talking about how much they love it. Almost in the same way older generations spoke fondly of the old “Termite Palace” that Aloha Stadium was built to replace, people are now recalling Halawa’s “Rust Palace” as a cherished relic of the past. At some point, Hawaii has to examine its love of broken things.

The stadium opened in the fall of 1975 after years of delays and excuses and more delays. It got to the point where just the mention of the project drew eye rolls and deep, bracing sighs. The very first event at the stadium was in September of 1975, a football game between UH and a team from Texas A&I which Hawaii lost 43-9. It was not an auspicious start.

If the best way to predict the future is the study the past, the Aloha Stadium’s sorry state does not bode well for the rail project’s days ahead.

Call it whatever, it was still way over budget and way off-schedule.

April 30, 1975, Honolulu Star-Bulletin columnist Ron Moyer wrote, “The Great White Elephant received a new name on Monday, Aloha Stadium, and yesterday the 50,000-seat structure received a new opening date — sometime in the middle of November, whatever that means … The latest postponement in what has become a series of continuing setbacks didn’t take too many people by surprise. Statements made earlier this week, the usual political double-talk, gave us an indication that yesterday’s statement was forthcoming … The State, in the eyes of many, has lost all credibility on the stadium issue.”

That was 45 years ago. The same criticisms can (and very often are) leveled against Honolulu’s rail project (which, in case it needs to be pointed out, is a City project, not a State endeavor.)

Meanwhile, the stadium parking lot has been rented out as parking space for the massive fleets of rental cars that were suddenly off the road during the pandemic shut downs. It was a shock to see that visual accounting of what 10 million visitors a year means to traffic, beach parking and overall road congestion on a small island.

More recently, the parking lot has been host to “Show Aloha Land,” a socially distant, drive-thru light display designed for this strange pandemic Christmas when everything has to be experienced from afar for safety’s sake. The flashing tunnels of light, which are synchronized to music played on a loop on your car radio lacks the handmade charm and imaginative magic of all those glorious trees the city departments put together every year in Honolulu Hale, but for many people, it’s just good to get out of the house and to see families safely having a good time and feeling a bit of giddy joy amid all the broken and lost things of 2020.

The new train is going to take workers from the west side communities to their jobs downtown (even if businesses have become adept at teleworking in the last year) to school in Manoa (even if classes have moved mostly online in the last year) and to work in Waikiki (even if the visitor industry never “recovers” to the bloated, distended ache of 10 million tourists a year.)

The new stadium is going to be smaller, so it’s easier to fill after years of pre-pandemic disappointing crowds. It’s supposed to open in three years, but if past is prologue, it will take much longer.

But the big parking lot may very well remain the most reliable, usable part of all the money and planning poured into that swath of land in Halawa. 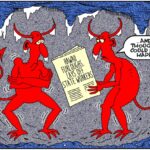 Hmmmn, Iâm at that certain age where is melancholy is more than the norm than the unusual. So, while I take a trip down memory lane, itâs mostly the promise, the allure and the warm sentimental that dominate my thoughts about Aloha Stadium. You see, I was raised and went to school just down the street. I played both high school and college football in this stadium (and I was fortunate to play in the glory days when 45,000 was the norm and even a guy like me who spent more time on the bench during college, was inundated with autograph requests). I remember OGs from Halawa Housing show us young guys how best to sneak in (even now I wonât tell you my secrets) or if they were working the gateâgiving us the special "Halawa Discount" . I fell in love with private school girls that we held up on a mantle (typical for us public school/housing boys) as we went to high school football games on Friday nights., and even ended up dating a few. The ohhhs and ahhhs of such classic moments like Blaine Gaison, going from safety to QB for a victory over ASU or when Nathan Fletcher almost took off JKs (John Kamana) in the 1978 prep bowl.I already miss all the rug burns and the smell of saimin.

Well, whatever opinion one may have of the Aloha Land light display, it should be mentioned: proceeds of the event goes to charity, including providing meals for those impacted by COVID.So to Mr. Michael Gangloff, his team of hard-working volunteers, & all the sponsors of the event, I just want to offer thanks on behalf of me & my family for your generosity.  And for those of you who haven't seen it yet, it is a great show!

Building a 50,000 seat stadium for a population that didn't justify it, was probably the first mistake.  I would go 25,000 - 30,000, max.It would be cheaper to tear down and rebuild, given the design faults of the existing stadium.  But it needs to wait until state finances stabilize post-pandemic (if COVID ever goes away).Hopefully, whatever they do retains the wonderful treed circular parking lot around the existing structure... the best stadium parking lot in North America, IMHO.The cost of Honolulu's rail bewilders me.  TransLink in the The Greater Vancouver area recently built a 6.8 mile Evergreen Line Skytrain extension for 1.43 billion CDN$ (around 1.1 billion US$).  The cost of doing anything in Vancouver is similarly insane to Hawai'i.  How much of it is the cost of doing business in Hawai'i, and how much is corruption and mismanagement?  The Skytrain was started in 1986, is very similar to Honolulu rail, and has been added to over the years.  Most is above ground, but parts of it are tunneled, including all of it downtown.  The various levels of government in BC/Canada are maddening, as well, but they strangely have got the Skytrain mostly right.