This Diamond Head mom bought a road so kids would have a safe place to walk. But what came next has angered dozens of her neighbors. 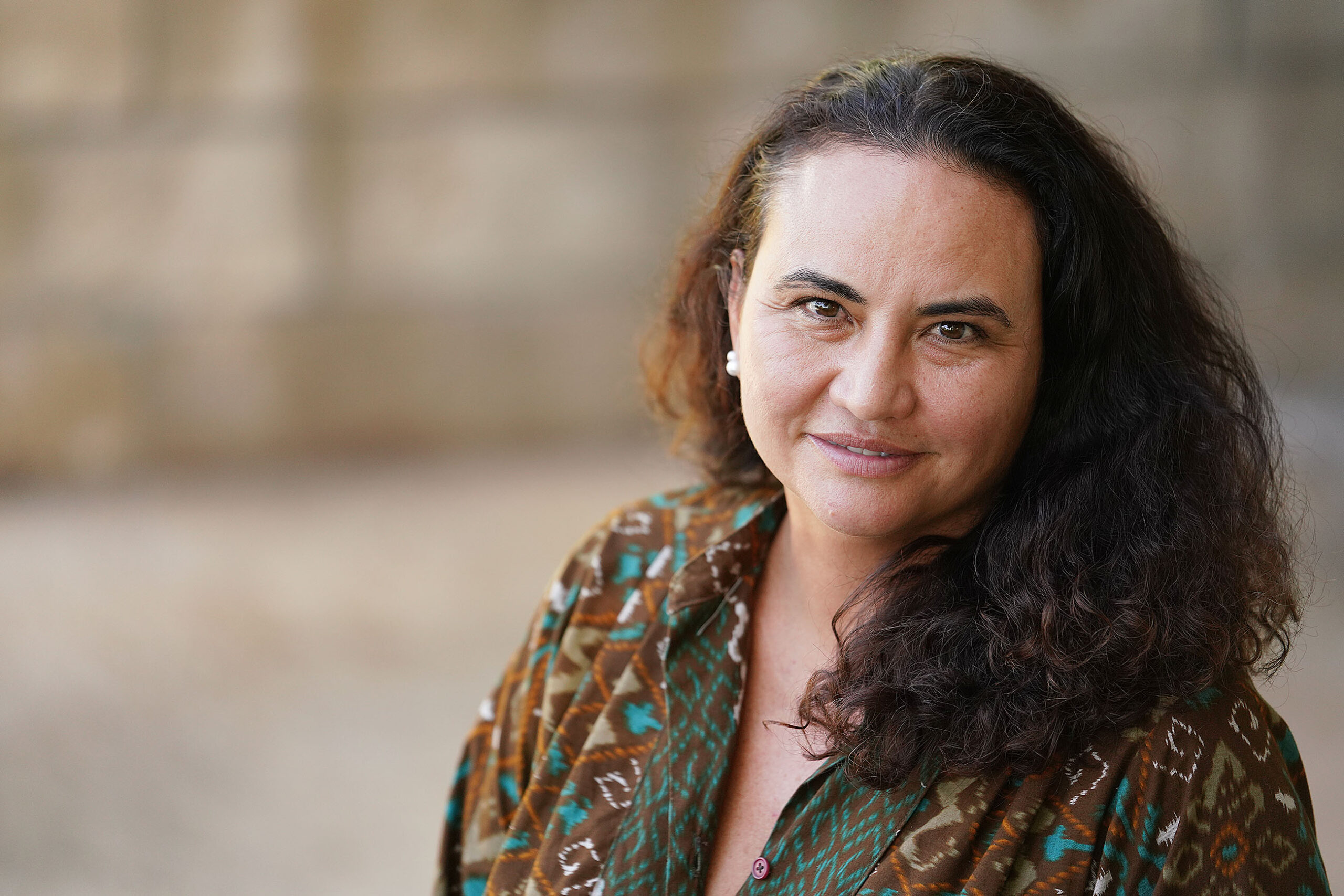 Mary Moriarty Jones took over ownership of part of Leahi Avenue in October from its former owner, Lunalilo Trust.

The trust, wanting to avoid future liability, signed over the road to Jones in a $10 quitclaim deed.

Jones told Civil Beat in November she was compelled to take over Leahi Avenue after trying for more than four years to get the city to assume responsibility for the road to make it safer for pedestrians — especially for parents of young children attending nearby Waikiki Elementary School.

“All I wanted to do was walk my children to school without fearing for their lives,” she said then.

Now Jones is facing major pushback from angry neighbors who don’t like the tactics she is using to clear parked cars and make the road safer for pedestrians.

On Monday, Jones put up 15 sawhorse tow-away barriers on the road to warn drivers parked illegally on the shoulders that they would be towed.

But Jones says the same night seven of the barrier signs she’d rented “were stolen by vandals.” Eight others were strewn along various parts of Leahi Avenue. She had to pay the rental company $68 for each of the missing signs.

“It’s a shame because the tow-away barriers’ signs were a way of getting out the word to residents so they wouldn’t be caught off guard when we start to tow in a couple of weeks,” she says.

Jones says her plan is to eventually charge for parking on the street with all proceeds going into safety improvements, including a sidewalk on one side of the street. She says 12 to 14 parking places will be removed in the plan.

Some residents living in condominiums on Leahi Avenue and in apartments on Pualei Circle are infuriated by Jones’ tow-away signs.

“It looks like the community is pushing back,” says Devin Moody, president of the association of apartment owners at Diamond Head Surf, a building fronting Leahi Avenue.

“I realize Mary Jones is trying to do something good, but for us it is having very negative consequences,” he says.

Moody says many people living in the two condominium buildings on Leahi Avenue and in other buildings on Pualei Circle don’t have enough parking spaces and are forced to park on the street.

“A majority of the residents on Leahi Avenue — those that own and live in the condos — are being left out of the conversation. This leaves us with a lack of confidence in Mary’s abilities and or intentions,” he says.

“Mary Jones is moving ahead with her action to remove parking yet it is frustrating because we don’t have any details of what her vision is for the area,” he says.

On Tuesday, Honolulu City Council Chair Tommy Waters, who represents the area, mailed letters to almost 400 residents living on Leahi Avenue and Pualei Circle to answer their concerns about what Jones is doing and to emphasize her intent is “to provide much needed traffic and safety improvements.”

In his letter, Waters says, “No one has been towed as of the date of this letter and it is our hope that the neighbors will show aloha and comply and the towing will not be necessary.”

Leahi Avenue was once a quiet backstreet off Kapiolani Park. But in recent years drivers have turned it into a shortcut that some drive at very high speeds.

The road has only one block of sidewalk behind the city’s Paki Hale.

Pedestrians have to walk on the dirt shoulders of the road which at times are flooded with rainwater. And they are usually blocked by parked cars, forcing pedestrians to walk out onto the narrow street.

Jones’ company, Safe Leahi, owns a .3-mile stretch of the avenue that runs from Noela Street to Monsarrat Avenue, where Waikiki Elementary School is located.

Right after she bought the road, Jones put up permanent signs on poles to alert drivers to tow-away zones, a new lower speed limit of 15 miles per hour and to make clear the road was in a school zone.

Bonnie Traymore, a resident of the Diamond Head Surf, says she wishes the city would take over Leahi Avenue from Jones.

“We all want the road to be safe. The city should take responsibility, especially with an elementary school on the road and its own office of Ocean Safety and Lifeguard Services is there,” she says.

“The city has the funding to do it. We don’t want this to turn into a negative thing, pitting neighbor against neighbor. I want harmony,” Traymore says.

But in the past the city has turned down all appeals to take over this section of Leahi Avenue.

Jones also failed when she approached the state in 2018 and tried to get the state involved, citing a 1927 law that allows the state to assume road ownership when the documented owner has failed to exercise its ownership rights for five years or more. The state replied that Lunalilo Trust owned the road and so it was not abandoned.

“If the city said we have a plan for Leahi Avenue and we are going to do it now, that would be wonderful, but their design process alone takes years and years,” Jones says. “By then, my kids will have graduated from high school. We want to get the ball rolling in the right direction now to make immediate change.” 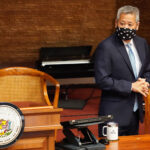 All the new apartment developments in town want to limit parking spaces they have to provide for tenants because they want everyone to bike, use the bus, walk, etc.  See what happens when not enough parking is provided for each development, tenants will try to find street parking and will fight for it rather than give up to the eco movement.Solution is that new developments should provide enough parking for tenants and guests so that streets can have wide sidewalks but city planners think differently.

Ms. Jones wants a sidewalk and slower traffic and the neighbors want to keep their parking. These things are surely not mutually exclusive!Ms. Jones has already taken some actions: she has lowered the speed limit to 15mph and banned parking in some areas. Lowering speed limits is extremely ineffective in reducing speeds, and even speed enforcement has short-lived and localized effects: this is why there is consistent speeding on all the roads and highways of Oahu despite the frequency of speed traps. Some people are suggesting speed bumps. Speed bumps work, but they also have quite localized effects; people tend to speed up immediately after each speed bump, brake sharply, and speed up again. Installing enough speed bumps to slow traffic on the entire stretch of Leahi Ave. in question would be quite costly for Jones as well.The proven best ways to reduce speeds are narrowing the road/lanes or adding visual obstacles (e.g. curves, although they are out of the question for a preexisting roadway). There seems to be a fairly easy way to do this and create room for a sidewalk and street parking:Make Leahi Ave. one-way.

Streets were never meant to be parking lots, people.