A Community Garden Is A Must-Have For West Oahu

The City and County of Honolulu has 10 such plots but none in one of the most deserving areas on our crowded island. 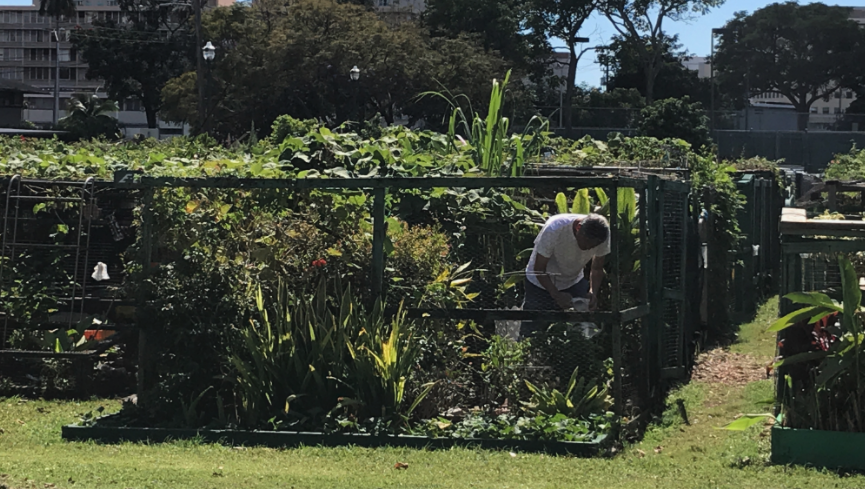 Seven of the City and County of Honolulu’s 10 community gardens are within just a few miles of each other, all within a crowded urban triangle that runs from Foster Community Garden downtown to gardens in Manoa Valley and to Diamond Head.

Two other gardens are in Hawaii Kai and Kaneohe, short drives from town when traffic is flowing. Some have proven so popular that there are waitlists to access them.

But there is just one community garden to be found elsewhere on Oahu (it’s in Wahiawa), leaving residents in most other locations on the island without the benefit of such lands. It includes West Oahu, which stretches from Waipahu to Kaena Point and is home to hundreds of thousands of people.

A Civil Beat article Monday revealing the lack of a community garden — publicly funded plots where citizens can grow plants for food and recreation — on the Westside prompted a public cry for equal access for the area.

“This is a great program that fosters true community engagement,” one commenter wrote. “The city would do well to expand it wherever possible, including adding additional plots to existing gardens.”

No argument there. Let’s hope the Blangiardi administration — especially Parks and Recreation Director Laura Thielen, herself a bit of a green thumb — is paying attention.

More community gardens is not just a matter of equity, although as Civil Beat also reported this week the Westside has long suffered from too many negative media reports.

It’s also a matter of greater self-sufficiency. As the COVID-19 pandemic has illustrated as well as natural disasters like flooding and hurricanes, Hawaii is all too vulnerable to food shortages during times of crisis.

“Along with helping to sustain the bodies of those affected most by the pandemic, this project will also feed their spirits as they see their hard work grow into what will become vibrant urban gardens,” said then Mayor Kirk Caldwell in a press release from the ribbon-cutting.

More community gardens could mean more home-grown fruits and vegetables for families, friends and food banks. A 2020 city ordinance directing the parks and recreation director to seek out locations “in underserved areas” for new gardens specifically referenced the pandemic as a rationale to act.

The ordinance says implementation is at the director’s discretion and must not jeopardize the city’s budget. Thielen told Civil Beat that she has to consider budget and personnel constraints.

What concerns us is that the Department of Parks and Recreation has not opened a new community garden in over 30 years. The potential payoff for the Westside and other underserved areas such as Waipahu, Waimanalo, the North Shore, Kailua and Whitmore Village could be substantial.

There are also other benefits, as another commenter explained about a friend living in senior public housing.

“It’s quite true that there are many green thumbs in his building who could find joy in their poverty stricken old age tending a garden,” he wrote. “The opportunity to do good things in our community and bring joy to hardened, saddened people, as well as everyone, could not feel better and should be done. ”

Rick Blangiardi’s slogan as a candidate for mayor was “It’s about you.” Here’s an excellent opportunity to demonstrate exactly that. 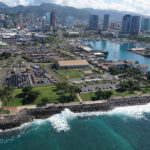 This would go a long way toward ensuring self-sufficiency, teaching co-operation, learning gardening skills, and growing & giving respect for each other and mother earth. Should not cost so much. We give so many tax breaks to the vast golf courses which maybe 2% use, yet cannot cough up half-an acre for local gardening that many more people would utilize on a daily basis and provide food security.

I know there are some high rises and townhouses there, but don't the vast majority of people living in the west side have yards?

Thanks CBEB for writing this article and continuing the  conversation on this topic. As Thielen told CB, budget and personnel constraints are two factors she must take into consideration when looking for potential opportunities, but what about land? Is there a registry for vacant public land that the public can access to aid in the search for potential new locations? With COVID and the economy, community gardens seems like a low priority item at the moment. Any thoughts?