Denby Fawcett: Hawaii's Capitol Shouldn't Be Turned Into A Fortress

A bill to fortify Hawaii’s open State Capitol with metal detectors and security barriers thankfully dies in the Legislature. 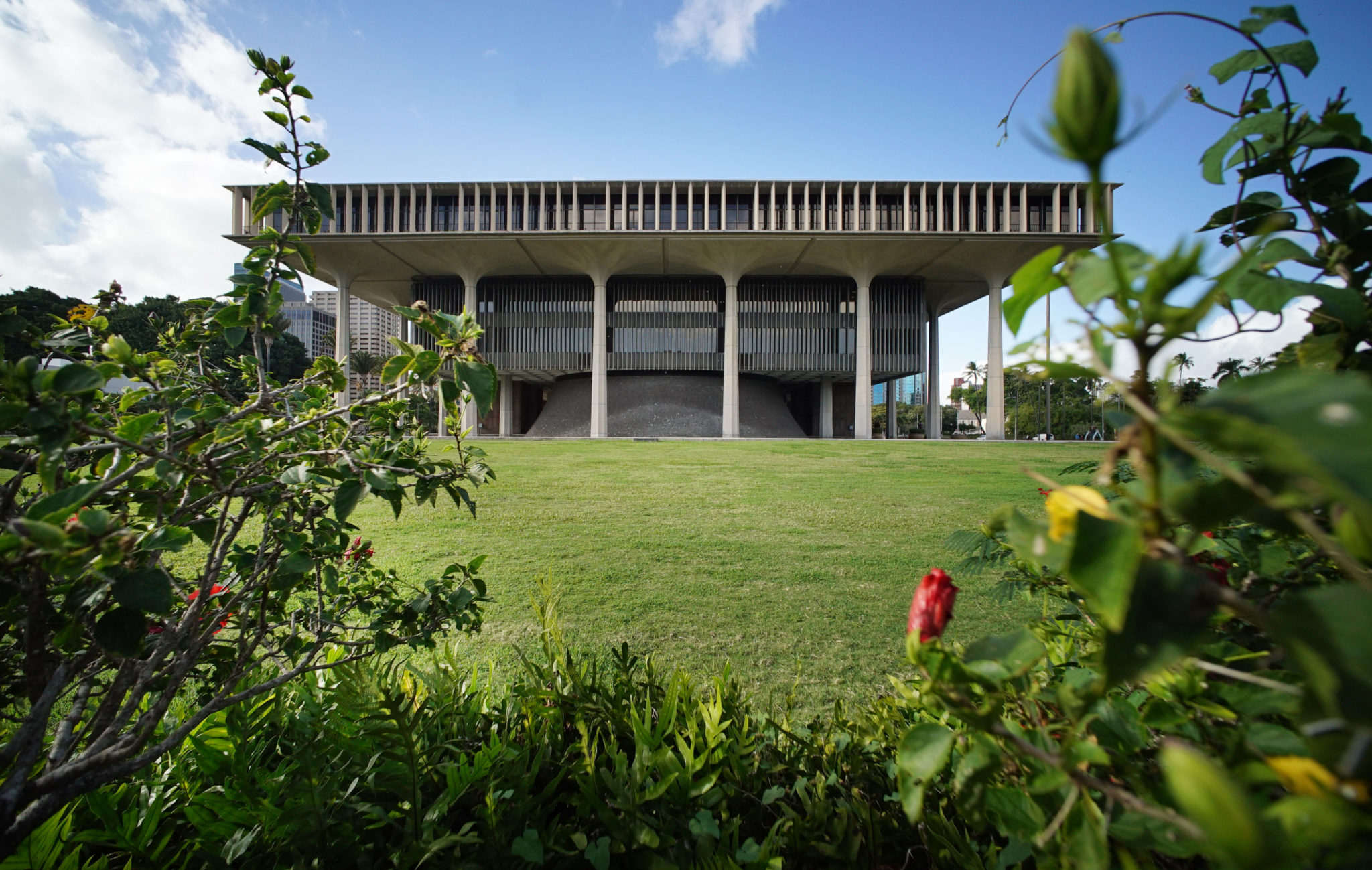 The refusal by state lawmakers to approve certain bills can be just as important as the proposals they embrace for passage.

I am greatly relieved a measure calling for increased security at Hawaii’s State Capitol failed this year. It included metal detectors to search for weapons and physical barriers fronting the first-floor rotunda — supposedly to keep terrorists from driving into the building.

The measure also asked that the public be prohibited from parking in the Capitol. I thought the bill was overkill.

Its provisions would have destroyed the inviting spirit of the building that symbolizes “aloha, we are open for business,” and instead would send this message to visitors: “We suspect you might be dangerous. Enter at your own peril.”

Sen. Chris Lee — the bill’s author — said he was concerned about the safety not only of lawmakers and their staff members but also of people coming to the Capitol to engage in the democratic process.

He was worried they might get hurt in what he characterizes as a time of profound political division and violent outbursts ginned up by misinformation on the internet.

Lee, who authored a similar security bill in 2019 that failed, told me Wednesday that one of his colleagues had received a death threat that day from someone disgruntled about a bill she was supporting.

Despite his continuing quest for enhanced security, Lee said he remained mindful of the need to retain the welcoming feeling of the Capitol building.

This year, Lee thought he had a better chance at support for the bill after the widespread publicity surrounding the relative ease with which violent insurrectionists broke into the U.S. Capitol on Jan. 6.

But Rep. Dale Kobayashi deferred the measure in his Legislative Management Committee, meaning it is dead for this session.

In a phone conversation, Kobayashi referred to it as “the Capitol Fortress Bill” and characterized some of the security provisions proposed in the measure as “god awful ugly.”

“I am so grateful we have this beautiful open-air building, not like other state capitols. We need to embrace its welcoming spirit and keep it that way,” he said. “It would have sent a terrible sign that we are afraid to let the public come into the building.”

But the Legislature has prevented the public from entering the Capitol since March 2020 when state Sen. Clarence Nishihara contracted COVID-19, and it has remained closed since then to almost all visitors.

State Comptroller Curt Otaguro said in the months ahead he will seek approval from the governor and legislative leaders for a phased approach to reopening the building. The only way people can get in now is by making an appointment.

Otaguro was undaunted that the bill asking for ramped up security died this year. “I don’t need a bill to tell me that safety at the Capitol should be a priority. It is common sense and something we are always working on,” he said.

Otaguro is the director of the state Department of Accounting and General Services, which is responsible for maintaining and managing the State Capitol.

“The Capitol is a beautiful building. It is iconic; it has stood the test of time for 50 years,” he said.

But he said when the building opened in 1969, it was a different time when people in Hawaii kept their doors unlocked and freely came and went. Although security needs to be increased now, it does not have to be heavy handed, he said.

He said his goal is to aim for “a happy medium.”

Otaguro said the building can be made safer with modern electronic technology rather than intimidating impediments such as metal detectors fronting the building’s elevators.

“Is that an image we would like to have? It is the people’s place. We want to make it as inviting as possible,” he said.

When the FBI warned of violence at all state capitols before President Joe Biden’s inauguration, Otaguro said DAGS was already installing a number of new security cameras on the perimeter of the Capitol and in the corridors and the elevators for a total number of 169 cameras in the building.

Many of the old security cameras were broken and there were blind spots where it was impossible to see anything.

“With the new cameras, if a suspicious individual comes into the building, deputy sheriffs can follow the person visually, corridor to corridor, room to room. Security has improved tenfold,” he said.

The new cameras have revealed unexpected things like homeless people bathing in the sinks of the Capitol bathrooms, which although not dangerous, Otaguro called “unsanitary.”

He said he also installed deadbolt locks in the lawmakers’ offices so they can lock their doors from the inside.

In addition, combination locks were placed this year on the doors to all the Capitol’s public restrooms, but the combinations have not yet been activated.

He said he plans to slowly increase security in the months before the opening of the next legislative session in January 2022.

The notoriously slow and unreliable Capitol elevators also will be modernized in a $3.3 million two-year project expected to start in August, although the historic exteriors of the elevators will be retained.

Otaguro said the elevators will not be any faster, but the cabins inside will be modern. He’s also exploring the possibility of contactless radio frequency identification cards to control access to private elevators used by the governor, the lieutenant governor and lawmakers.

Otaguro said one of the most difficult challenges has been finding a way to prevent a criminally motivated person from driving into the building’s open rotunda.

Lee’s bill stressed that the rotunda needs to be secured “to prevent incidents such as the bombing of Oklahoma City’s Alfred P. Murrah Federal Building that occurred in 1995.”

The building’s rotunda was designed by the San Francisco architectural firm of John Carl Warnecke & Associates to symbolize the openness of democratic government as well as the traditional Hawaiian land division that stretches from the mountains to the shore.

At the time of the Capitol’s dedication in 1969, then-Gov. John A. Burns praised its connection to the spirit of Hawaii. “The open sea, the open sky, the open doorway, open arms and open hearts— these are the symbols of our Hawaiian heritage,” he said.

It would be difficult to block a vehicle from driving in without destroying some of this open spirit, although some have suggested that planters with leafy tropical greens could be placed strategically to stop vehicular entry.

Lee said he will try again to get the Capitol security bill passed next year. “It is just a basic safety measure. It asks for the same kinds of security you find in other government buildings,” he said.

Maybe so. but Hawaii’s Capitol is not like any other government building. I prefer comptroller Otaguro’s approach to carefully and unobtrusively plan security upgrades by exploring the most modern surveillance technology rather than locking up this classic one-of-a-kind tropical building. 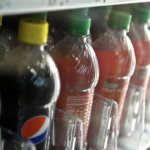 Lawmakers Passed On The Chance To Fortify Public Health

Where there is a will, there definitely is a way. A proper threat assessment is needed to identify the vulnerabilities of our Capitol before knee-jerking security measures are installed. Security perimeters and response systems have to be designed in layers to identify suspicious activity, activate a security response, delay or deny movement of the threat, whether vehicles or individual or multiple persons, lockdown-in-place capabilities, contain the attack threat within its immediate location, and still provide access to the seat of Hawaii government. There are a lot of give and takes to be had by both sides of the topic. To secure or not secure is not the question. How do we keep our seat of government safe and functioning in a time that bears no resemblance to 1969?  The "How?" part is the focus. Where is the balance between safe and openness, without becoming Fort Capitol?

If the job is too dangerous they should leave and work somewhere else.  Why is it that they can put up barriers, have deadbolt locks, have special ID's for their elevators, have metal detectors and security guards when this is our state capitol, it belongs to the people of Hawaii yet we cannot freely go in and out to participate in our democratic process.  Cowards

I remember watching Chris Lee speak before the legislature on a gun control bill and talk about how a mass shooter could burst through the door and kill everyone in the chamber. It seemed quite paranoid especially considering that they have armed sheriffs standing by and the HPD brass, all armed, were sitting in the viewing area. Why is it that when it comes to their security no expense should be spared, but when law abiding citizens concerned with rising violent crime rates simply ask for concealed carry like the vast majority of other states they call us paranoid?