Trisha Kehaulani Watson: The Passing Of Haunani-Kay Trask And The Uplifting Of A Nation - Honolulu Civil Beat

Trisha Kehaulani Watson: The Passing Of Haunani-Kay Trask And The Uplifting Of A Nation

No scholar has had a more profound impact on the intellectual development of the Hawaiian community. 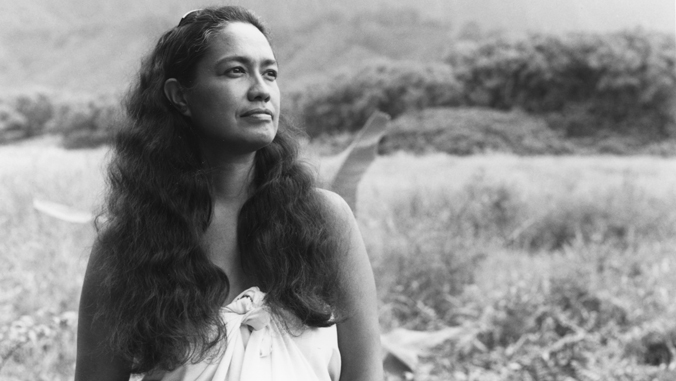 It’s hard to find the words to accurately describe someone as remarkable as Haunani-Kay Trask. Harder still is finding the words to convey what her passing means for the Hawaiian community.

Trask passed this weekend in her sleep of natural, non-COVID related causes. Her younger sister, attorney and activist Mililani Trask wrote on her personal Facebook page, “She has gone through the Alaula, the portal of the first light of dawn to be embraced and eternally immortalized for the uplifting of her people, the kanaka maoli of this pae’āina, Hawaiʻi nei.”

As news of her passing spread, what rose above the grief was gratitude. I don’t think I know anyone in the Hawaiian community who knew her or learned from her and didn’t note the significant effect she had on their life. She was simply that profound an influence on people, and, perhaps more importantly, she was that phenomenal a scholar and leader.

An Eminent Student And Scholar

Osorio, who would become a life-long friend and colleague and now serves as dean of the Hawai‘inuiākea School of Hawaiian Knowledge, said of Trask’s passing, “Professor Trask was a fearless advocate for the Kānaka Maoli (Native Hawaiians) and was responsible for inspiring thousands of brilliant and talented Hawaiians to come to the University of Hawaiʻi. But she also inspired our people everywhere to embrace their ancestry and identity as Hawaiians and to fight for the restoration of our nation.”

After graduating from Kamehameha Schools, she completed her bachelor’s and master’s degrees from the University of Wisconsin-Madison. She would continue to complete her Ph.D. there in 1981 and her dissertation on feminist theory would become her first book, “Eros and Power: The Promise of Feminist Theory.”

Her time studying on the continent would significantly influence both her scholarship and pedagogy. It exposed her to great thinkers like Franz Fanon and Ngũgĩ wa Thiong’o, and she would not only require her students to also read their texts, but she continuously pushed her students to educate themselves on the work and plights of other peoples throughout the world. As a result, those who studied under her were inspired not only by her leadership, but her scholastic excellence.

Among the countless students she mentored and inspired would be people like Professor Randall Akee, who considers Trask among his key mentors and supporters.

Akee, also a Kamehameha Schools graduate, would complete his B.A. in Economics at Dartmouth before completing an M.A. in International and Development Economics at Yale. He then completed a Ph.D. in Political Economy at Harvard. Today he is an Associate Professor of Public Policy and Chair of the American Indian Studies Interdepartmental Program at UCLA.

She would become an early, powerful member of the Hawaiian nationalist movement. In 1985, she would give a speech in which she famously spoke on the “liberation of (her) people” and how culture needed to be the core of political resistance:

You cannot just dance hula and go to Hawaiian language class at night and think you’re going to get a land base! You can’t do that! Cultural people have to become political. It’s not just that political people like myself have to become cultural. Our culture can’t just be ornamental and recreational. That’s what Waikiki is. Our culture has to be the core of our resistance, the core of our anger, the core of our mana. That’s what culture is for! What drives independence in all of us today is resistance. To resist what they are doing to our islands and to us.

Trask would become most known for her politics, as she proved time and time again to be a fearless and bold advocate for Hawaiian sovereignty. She was ever unafraid to call out injustice and colonialism. She, along with her sister, Mililani Trask, would become towering, intimidating community activists throughout the 1980s, 1990s and 2000s.

Both stood on the front line, with Professors Lilikala Kameeleihiwa and Kanalu Young, in January 1993 as thousands marched to Iolani Palace on the 100th anniversary of the illegal overthrow of the Kingdom of Hawaii.

Yet, ironically, despite her reputation and how she was perceived, she was an incredibly kind, thoughtful, and gentle soul. She was beloved as a teacher, because she always made herself accessible and available to students. She was more than willing to sit down, in her office or over a glass of wine, to help students struggle through discourse, texts, and complex scholarship. She was ever the supporter, pushing students towards excellence, and she had an exceptionable ability to see in young, vulnerable scholars what they often could not see in themselves.

An Artist And A Visionary

At her core, she was an artist and a visionary. Her skills as an orator and mastery of the English language were beyond compare. She spoke to audiences across the world. She penned four of her own books and contributed to dozens of texts.

She carried herself with a confidence that was simply unparalleled, and for many of us, especially us Hawaiian women, it was not something we had ever seen before.

Through her boldness and her bravery, she unconsciously moved others to be so as well.

She gave people the courage to speak and the inspiration to act. Anger was not a flaw, but an obligation in response to long-standing injustice. It was also a necessity for a nation that was in deep, deep pain. She created safe spaces for Hawaiians to be hurt about their history, and on the other side of that hurt was grief – and healing.

For as much as people perceived her to be simply angry, the truth is that she was a tremendously kind, smart and funny person to be around. Those lucky enough to know her gravitated toward her because she was generous with her time and her mind. She was strikingly beautiful, and I remember so fondly seeing her regularly, in her signature pareu, always with an “aloha” and kind or encouraging word. Always.

Anger was not a flaw, but an obligation in response to long-standing injustice. It was also a necessity for a nation that was in deep, deep pain.

She literally inspired an entire generation of leaders and scholars. In my opinion, no scholar has had a more profound impact on the intellectual development of the Hawaiian community. Not only because of her own scholarship, but more so because of her foresight that if her discourse was to truly become part of an enduring movement, it would require subsequent generations to carry her work forward.

For years she was listened to. Then she was followed. Now she is lifted up by a community and nation that loved her dearly, and she will be carried in the hearts and minds of Hawaiians for generations to come.

I texted Mililani yesterday morning, who I consider a dear and inspiring friend, after Jon let me know about Haunani’s passing, and Mililani responded and asked that her sister’s own words, from her final poem in her book “Night is a Sharkskin Drum” be shared. As Mililani would later write on her Facebook page, “She told us where she would be going.”

“Into our light I will go forever”

of our parted Koʻolau

Into the hum of

Into our corals of

Into the songs of

Into the waʻa of

Into our sovereign suns

drunk on the mana 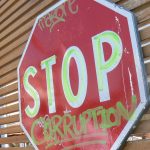 Mahalo to Haunani-Kay Trask for her fearless and relentless work against the injustices of the oppressive colonizers that started with Cook in 1778, when there were approximately 1 million Kanaka living on these Islands. In a matter of a few decades, half had died of disease, malnutrition and murder. It's still going on today.Compare the pictures of First Nations children at their 'Residential Schools' in Canada with Hawaiian children of the same times: wearing ragged clothes, no shoes and utterly depressed facial expressions, all remnants of their way of life obliterated.  As a wise local women working as a janitor said to descendants of the missionaries (also fundamentalist Christians to this day) who ruined Native Hawaiian culture: "First you saved our souls, then you crushed our culture and stole our land. Now it is time to give it all back." Haunani-Kay Trask kept the fight alive. It is time for all of us, haoles included, to fight this good fight.

I am surprised that Civil Beat chose such a divisive topic as its only article on July 4. Rest in peace,  Ms Trask. May the rest of us also be peaceful in our interactions with each other.

After reading Southern Poverty Law Center's Fall 2009 issue on Racial Prejudice in Hawai'i I learned Professor Trask was written about for contributing to a culture of systemic racism and violence against white people in Hawaii. "The Law Center wrote that Professor Trask's book From A Native Daughter justifies hatred against white people by Native Hawaiians. The SPLC also finds violence against white people as being justified in Trask's poem, Racist White Woman, which reads in part: "I could kick/Your face, puncture/Both eyes./You deserve this kind/Of violence./No more vicious/Tongues, obscene/Lies./Just a knife/Slitting your tight/Little heart." And, At a guest lecture at Stanford University, Trask embraced the label of 'racist', saying, "In Hawaii, I am probably the most famous racist." She added that it impossible for a Hawaiian to not be considered racist in Hawaii unless "you dance in a hotel". She also stated that, if she could have her way, non-Hawaiians would have no property rights in a sovereign Hawaii."