The words and actions of the former Hawaii congresswoman show her to be leaning ever more rightward. 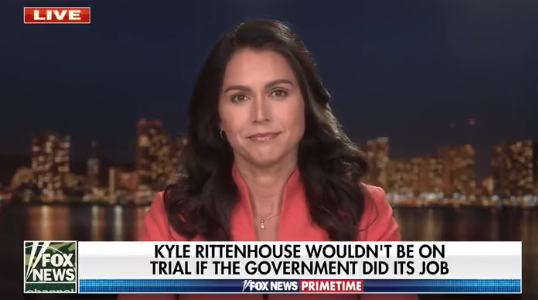 The last time I wrote about Hawaii’s most controversial ex-U.S. representative, the column was titled “Tulsi Gabbard Has Been Making Headlines Again And Fox News Is Listening.”

A major point was that Gabbard was on a path far different from the one taken by other former members of Hawaii’s delegation, most of whom remained committed to serving Hawaii after leaving office.

That was in early June.

Now, half a year later, the former congresswoman and 2020 Democratic presidential candidate has solidified her focus on national and international events, judging by her social media trail, multiple appearances in conservative media and speculation in other news and opinion sites.

While not explicitly renouncing the Democratic Party, Gabbard continues her pattern of lambasting the party, including its leader, Joe Biden.

She opposes the Build Back Better plan (“common sense tells us that dumping trillions more dollars into the economy right now (via BBB) will make the inflation crisis worse”), supports strict border control (“the Biden/Harris open-door policy has been a disaster”) and wants to protect whistleblower Julian Assange (“if Biden Admin truly believed in democracy (including freedom of the press), he would immediately drop the charges against Assange”).

She is also obsessed with what she characterizes as America’s obsession with race (or “racialization,” as she puts it), shows a dedication to making the world a more peaceful place (“give peace a chance,” she tweeted Dec. 8, the anniversary of John Lennon’s murder) even while serving in uniform to go after “al-Qaeda-affiliated jihadists,” and slams the mainstream media and “antifa-loving politicians” for demonstrating bias by labeling freed teen killer Kyle Rittenhouse “a white supremacist terrorist.”

“This undermines the ‘woke’ narrative that Americans are stupid and racists,’” she said Nov. 24, referring to both the acquittal of Rittenhouse in Wisconsin and the conviction of three white men in the Ahmaud Arbery killing in Georgia.

Many of these views are widely supported by many in the Republican Party. No wonder that her views continue to bring Gabbard onto primetime Fox News, appearances that Gabbard then posts on her social media accounts.

Gabbard doesn’t have a spokesperson these days to take calls for her, as far as I can tell. She didn’t respond to a direct message on social media asking to talk to me for this column.

What Gabbard says very little about these days is anything to do with Hawaii.

She did not tweet about the Red Hill catastrophe until this past Sunday (“the Navy must empty the tanks NOW & be held accountable for the destruction & suffering they have caused”), a full two months after mainstream media like Civil Beat were reporting on the developing crisis.

To be fair, Gabbard has previously expressed concern about the fuel tanks, tweeting earlier this year that they should be removed so that Oahu’s aquifer wouldn’t be polluted.

If you’re against the establishment, they will try to destroy you. pic.twitter.com/XH1LFBc8Ve

But her relative quiet on the ongoing disaster is curious, especially as a veteran who also represented Oahu on the Honolulu City Council and in the Hawaii Legislature.

Her interests, judging from her social media postings, lie elsewhere.

The day before the statement on Red Hill, Gabbard — who was promoted to the rank of lieutenant colonel in the U.S. Army Reserves earlier this year — tweeted “Go Army!” That was the same day that the Army Black Knights lost 17-13 to the Navy Midshipmen in the traditional college gridiron match up.

What’s also evident from Gabbard’s feeds is her selective outrage.

She recently slammed U.S. Sen. Roger Wicker, a Republican from Mississippi. His suggestion a few days ago “that we should consider carrying out a nuclear first strike against Russia exposes just how ignorant, insane, and sadistic he and other like-minded warmongers are,” Gabbard opined.

It’s unfortunate that people persist in using my father to push the false and “false peace” narrative that this nation is beyond racism.

As a reminder, here is a video of how police treated Travis McMichael right after he murdered Ahmaud: https://t.co/deHa4grEFe https://t.co/e5D3ZQlBud

But I have yet to see any comment from her about a top secret American strike cell that launched tens of thousands of bombs and missiles against the Islamic State in Syria but “sidestepped safeguards and repeatedly killed civilians,” as The New York Times reported Sunday.

And Gabbard has argued that “the increasingly authoritarian Biden/Garland administration is doubling down on its crusade against our constitutionally protected rights of freedom of speech, assembly, etc. by continuing its vindictive retaliatory crusade against Julian Assange.”

But she has not, as far as I can tell, had much to say publicly about the House committee investigating the Jan. 6 insurrection or the growing acceptance by the GOP of Donald Trump’s lie that the 2020 election was stolen.

In the meantime, on Oct. 20, Gabbard posted this to Facebook:

It broke my heart to see such hate and violence directed towards devotees of God in their temples in Bangladesh. For these jihadists to believe that it is pleasing to God to burn and destroy temples and the murti of such a saintly person as his Divine Grace AC Bhaktivedanta Swami Prabhupad shows just how far away from God they really are.

God is love, and his true servants embody and manifest that love in this world. It is time for the supposedly secular government of Bangladesh to protect that country’s religious minorities, including Hindus, Christians, and Buddhists, from the jihadist forces of hate.

But Gabbard, a devout Hindu, did not dare criticize Indian Prime Minister Narendra Modi and his Bharatiya Janata Party for “remaking the nation into one where some people count as more Indian than others,” as The Guardian reported last year: “It is a policy that fits neatly with the (nationalist) RSS and the BJP’s demonization of Muslims, India’s largest religious minority.”

Such silence gives one pause when reading tweets like this one from Gabbard on Nov. 23: “We are all children of God, no matter our race, religion, or where we come from.”

And here’s what Gabbard had to tweet on the Sept. 11 anniversary: “Let us #NeverForget that it was the Islamist ideology which inspired the terrorist attacks and declaration of war against America on 9/11. And it is this Islamist ideology that continues to fuel terrorist attacks around the world and is the foundation for so-called ‘Islamic’ countries like Pakistan, Turkey, Iran, and Saudi Arabia’s discriminatory policies against Christians, Hindus, Buddhists, Atheists, etc.”

Why does any of this matter?

Because she represented Hawaii in the U.S. Congress for eight years.

Because she is regularly welcomed on the cable news network with the largest audience and lots of other right-wing outlets.

Because she is the best-known politician to hail from Hawaii besides Barack Obama.

And because she very much wants to stay in the game of politics, with many talking up a possible vice presidency in 2024 with, say, Gov. Ron DeSantis of Florida. 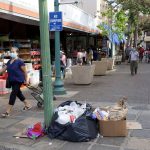 Amazing...as I type this, there are 91 comments.  Why?  Do we care that much?  Why not that many or way more, about fuel in our groundwater???  Folks...gotta understand that media fuels craziness.  As JimP said, "Who cares what Tulsi is?".

"Is Tulsi Gabbard Still A Democrat?"That's not the question. The question is "Who cares what Tulsi is." She is even less relevant than she was when she was "in office." Of course, she didn't spend very much time working on the State's and Nation's business even when that was her job. Her primary employment is the business of Tulsi Gabbard; and of course, that of the cult.

Identity politics?  Is the label more important than the message?  Hasn't the country in recent years been divided more due to party politics instead of meeting the needs of the electorate.  It takes more courage and integrity to stand up for one's beliefs and state it publicly than to attack someone for not behaving as a member of a political party.