Sterling Higa: Leaving Behind The 9th Island And All It Stands For - Honolulu Civil Beat

Sterling Higa: Leaving Behind The 9th Island And All It Stands For

The local penchant for gambling in Las Vegas is part of a spectrum of distractions that keep us from focusing on making a world worth living in. 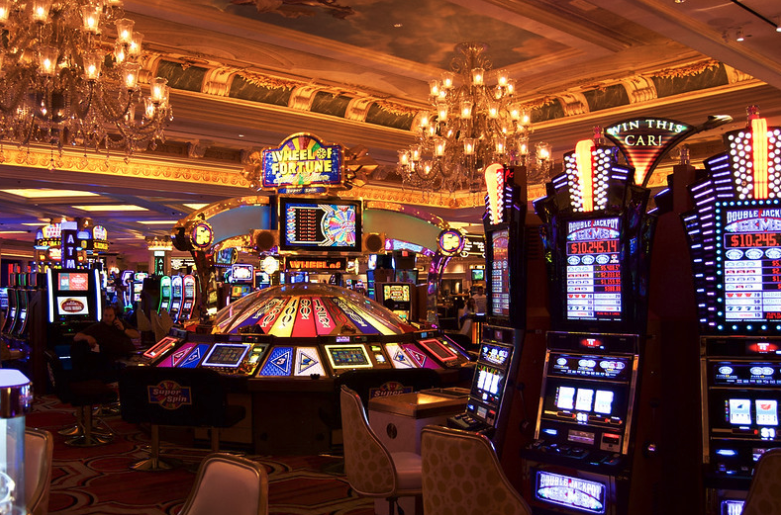 What does it say about local culture that Las Vegas is considered “the ninth island”?

Yes, Nevada’s lower cost of living attracts locals, and the state hosts one of the largest populations of Native Hawaiians outside Hawaii, but that does not fully account for the frequency with which locals head to the desert for vacation.

Instead, consider the attractions: Gambling, fine dining, night clubs, spectacles, music festivals and shows. Ready access to drugs and prostitution (prostitution is legal in Nevada, except in its major cities Las Vegas and Reno, but readily available nonetheless.)

Las Vegas, a sprawling testament to hedonism and decadence, is an appropriate vacation destination for a local culture that seems resigned to political apathy, increasing inequality and escapist fantasy.

For my money, Vegas gambling is synonymous with the slot machine. But that humble slot machine, the one-armed bandit, has evolved over time.

The modern video gambling machine is a technological marvel, carefully engineered to entrap and exploit a user, says Natasha Schull, a cultural anthropologist and author of the book “Addiction by Design: Machine Gambling in Las Vegas,” published in 2012.

In addition to surveying the science of addiction and the engineering behind gambling machines, Schull’s book includes interviews with gambling addicts.

Schull says that many gamblers seek “the zone,” describing a dissociative, trancelike state in which daily worries and bodily awareness fade away, along with any sense of the passage of time. Game designers recognize the addict’s desire, and they design their products to maintain a hypnotic flow of action and maximize the user’s time on the device.

“At the extreme end of the spectrum, gamblers will spend whole weekends in this kind of trance,” Schull said in a lecture delivered a few years after her book’s publication.

Schull says that gambling is not necessarily about winning money. Instead, it’s about an addiction to the flow state that’s achieved when woman and machine become one. Thus, we can’t fix problems “by giving people lessons in probability that they missed in high school.”

This understanding of gambling as a compulsion to escape from reality helps us make sense of the steady demand for gambling in paradise. During the pandemic, with travel to Vegas limited, illegal game rooms were busted regularly in Hawaii. Each time, thousands of dollars worth of machines were seized, often from bare, dingy rooms.

Why are people enduring these hellholes for hours at a time? Perhaps because the hell they escape to is better than the one they’re escaping from. Perhaps because local culture rewards and reinforces addictive behavior from cradle to grave.

At a recent family gathering, I noticed that my 3-year-old cousin was enthralled by his iPad. He was learning to read, and his iPad was helping him with three-letter words: C-A-T; H-A-T; etc.

He’d tap a button, and letters would spin on three slot reels. He was delighted each time they’d align, cueing up music or animation. For example, a cartoon cat would emerge from the machine and wink, reinforcing the link between word and referent, but also reinforcing the compulsive, screen-based behavior.

I imagined his future. In elementary school, well-meaning teachers assign educational software which “gamifies” learning by combining it with variable reinforcement. By middle school, he’s paying for Fortnite skins and playing Roblox or Minecraft for hours at a time. In high school (if not sooner), he’s on social media with his friends, introduced to the infinite scroll of Instagram or TikTok, craving the dopamine drip of notifications.

By the time he reaches adulthood, he’s enmeshed in a world of addictive design. Social media companies optimize for time on a device, feeding him a steady stream of notifications and novelty. Advertisers know when he’s prone to impulse buying, and they tailor their offerings appropriately. And more mundane addictions remain: sugar, coffee, alcohol, pornography, sex, drugs of all kinds.

This is the cultural milieu in which our children are raised. And the only thing that’s changed is the technology.

After all, gambling is integral to local culture. From pogs to cockfighting, dollar-flipping to sports betting, pool to poker to mahjong. Somewhere, right now, someone is gambling in Hawaii – probably someone you know.

Proposals to legalize gambling in Hawaii often start with this premise: Locals love to gamble, and it’s best for them to do it here, at home. Also, imagine all the money we can wring out of tourists.

Meanwhile, Hawaii languishes as the second-worst state for doing business, according to CNBC. Contributing to that overall ranking are dead-last rankings for the cost of living and for the cost of doing business. To be fair, our ranking includes one high point: Hawaii is the second-best state for quality of life (now called life, health and inclusion).

Somehow, I don’t think addicts seeking “the zone” feel that their quality of life is high. But I could be wrong.

In my experience, the desire for risk-taking and the desire for negation commingle in the addict. And if we think it is natural or inevitable for the masses to seek the latter, that tells us only how limited our vision is, how fragile our hope.

We have engineered a world in which upward mobility has stalled and our local middle class feels increasingly insecure. Given that, gambling and speculation are an attractive escape. They dull our pain and numb our senses.

We cannot be naive about the hurt and dislocation that people feel. If we remove the narcotizing effects of gambling, Netflix, pornography, video games, and social media, we may well find a community wracked by cynicism and rage. The challenge is to create a world worth living in, one that we don’t feel driven to escape from.

Civic renewal requires that we attend to our surroundings. We must reconsider our built and natural environment, our economic and social institutions. If they are not worth our time and attention, we must make them so.

Renewal means investing in the small but reliable acts that benefit our community. It means picking up litter at the beach; volunteering with a nonprofit to help the least of us; or joining a church, club or sports league.

These solutions may seem small when set against the problem outlined above, and they are deliberately so.

I have found that in the halls of power, most officials are unwilling to admit that problems are so severe, for that would compel them to act with urgency and purpose. And a call to action would expose the fact that many would-be leaders lack vision. They cannot imagine life other than as it is, so they cannot be trusted to steer us into the future.

Change will come from within the community. It will bubble up from spontaneous human association, as people wake up and realize that life can be better.

Civic renewal cannot be a product of central planning. There will be no glorious revolution, no single leader who can serve as the vessel for our dreams. Renewal is a project of many people, many generations working together.

Our first step is to shun Las Vegas, to leave the zone, to turn away from the screen and take responsibility for what comes next. We must not leave the future to chance. 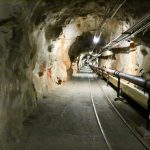 While I can appreciate the author's motivations and calls for renewal, this piece smacks of hyperbole, nonsensical associations and misdrawn conclusions. Shunning Vegas and turning it into some kind of scapegoat is simply not a first step to civic renewal. Really, Vegas shouldn't even be in the conversation.

This is a great article, well written and highlights some solid on point observations.  Two of which are:And a call to action would expose the fact that many would-be leaders lack vision. They cannot imagine life other than as it is, so they cannot be trusted to steer us into the future.andCivic renewal cannot be a product of central planning. There will be no glorious revolution, no single leader who can serve as the vessel for our dreams. Renewal is a project of many people, many generations working together.Meaning we cannot expect, or trust the people currently in running this state to do anything to save us from the continual spiral down of local governance and it's broken down mechanisms.  Wether is the state DOL, or the simple fact that county roads continue to rank lowest in the nation.  We need to abandon the big brother will care for you as it only cares for it's own, the unions and employees.  We the taxpayer are continually fleeced year after year as government bloat increases debt.  I like the message, but the key is convincing the majority to

This is insanely well written and hits too close to home. Kudos to you, Sterling, and mahalo for so eloquently articulating something that resonates deeply.