The Navy is focused on its mission, not on Oahu's drinking water, and will have to be forced to shut down its Red Hill fuel tanks. 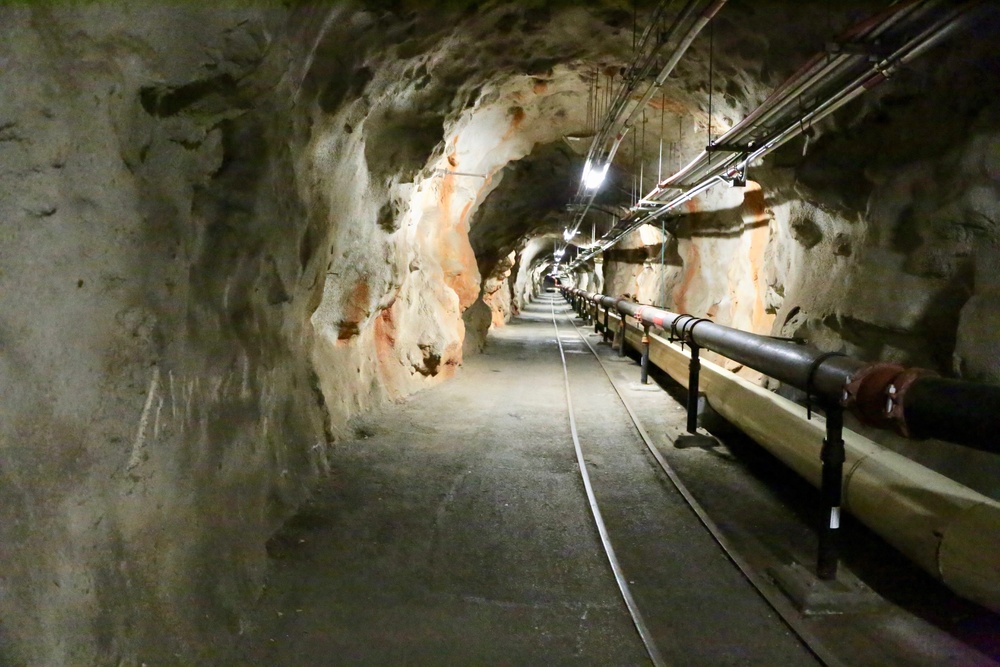 When it comes to confronting the environmental risk that the Navy’s underground fuel storage tanks at Red Hill pose to Oahu, the state of Hawaii should not take “no” from the military as the final say.

Predictably, the Navy has chosen to downplay just how dangerous their aging World War II-era fuel facilities are. It has apologized for Assistant Secretary of the Navy James Balocki’s comments that Red Hill poses “an urgent and compelling situation, perhaps. Not a crisis.” But apologies are useless platitudes when corrective actions are not taken.

In order for Oahu’s civilians to understand why the U.S. Navy doesn’t act like this is a big deal, one must first understand the service branch. All the world’s navies, both historically and traditionally, have placed the highest premium on completing their mission, even if it means sacrificing men.

Telling Oahu residents that their water will be just fine is the oldest trick in the sailing book. Prior to the invention in the late 18th century of accurate, portable marine chronometers by which one can determine longitude at sea, ships frequently got lost and their limited onboard drinking water supply would spoil.

While ancient sailors were sometimes given alcoholic alternatives in the place of bad water, crews were often forced to drink contaminated water when nothing else was available, and those who complained about conditions were often severely disciplined by their captains.

Fast-forward to our modern era, the Pacific Ocean is a big place that takes a lot of fuel and a long time to sail in the event of a war. Fuel supply is vital for the Navy’s fleet of guided missile destroyers, which run on conventional fuel rather than nuclear power.

During World War II, the most aggressive destroyer captains insisted on frequent tactical refueling at sea to keep their tanks topped off just in case, at a moment’s notice, they had to charge into battle. The same would be true today in a war with China, and when the Navy looks at the Indo-Pacific region, the biggest thing on its mind is fuel rather than Oahu’s drinking water.

That being said, the Navy is not going to budge. The state of Hawaii is going to need help from a higher authority to resolve the Red Hill crisis, because even though the Navy thinks it can safely operate Red Hill until the year 2045, you know that when 2045 comes around, the Navy will add 50 more years – it’s just what they do. You simply have to force Red Hill to shut down, or it will never happen.

It’s times like these, when I look at how messed up Hawaii is, that I often ask myself, “What would the late Sen. Dan Inouye do?” Well, I can tell you one thing — he wouldn’t make Oahu residents pay to fix a mistake that was entirely the Navy’s fault.

There are several ways that this can proceed. The first is the worst-case scenario, in which the Navy simply refuses to budge and our local government has to look for a kind of workaround. Board of Water Supply manager and chief engineer Ernie Lau has said, “These would be costly capital improvements that may ultimately result in higher water bills because of the need for all BWS customers to share in these costs and will take many years to install.”

I’m sorry, but local residents are not paying for the mistakes made by the federal government. That’s precisely what the Navy is hoping we’ll do, so they can keep doing their thing. If the worst case scenario would occur, then our congressional delegation needs to make it a top priority of Congress and the Biden Administration to support funding for those “costly capital improvements.” The Pottery Barn Rule: You break it, you buy it.

Right now, President Biden is staking his first term on modernizing America’s infrastructure. Say whatever you will about Biden, his Build Back Better agenda is essentially a blank check to fix local problems with federal dollars. Seize this opportunity.

The other alternative is that Congress funds a new, hardened fuel facility elsewhere and President Biden orders Red Hill closed. This would be the ideal outcome, because Red Hill is antiquated and it is only a question of time before another, larger disaster occurs. We should also be concerned that the entire world, especially China, now knows that Red Hill is compromised, as it could become a military target.

Last but not least, before we make our overburdened locals pay to fix the Navy’s mistake, the state of Hawaii should take this case, if necessary, all the way to the Supreme Court for relief. In Guam v. United States, we saw a perfect example of a territory going after the federal government for environmental damage. We, too, need to go after the Navy with everything we have to make sure Red Hill is shut down.

James Madison wrote in the Virginia Resolution of 1798 that states are duty bound to interpose on behalf of their citizens and “arrest the evil” of a “deliberate, palpable, and dangerous” action by the federal government. We have begun that process, but we need to follow through all the way.

Never take “no” as your final answer when it comes to dealing with the federal government or the military. Red Hill must be shut down, and Oahu residents are not going to pay for the Navy’s mistakes. Every person in Oahu government needs to get their heads right. This is the Navy’s responsibility, this is the Navy’s crisis and it is going to have to be the Navy that pays to fix this. 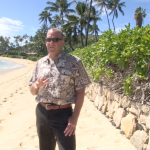 What else are our Congressional representatives doing about this -- besides writing letters?  I would think that for all four of them taking care of the health and welfare of their constituents would be their top priority.  It's time for Senator Hirono to put her seniority to the fullest use.  TV cameras and all.

We're not in a sprint.  This is a marathon and it just literally started.  Our elected congressional leaders need to bear on the appropriations committee to order the Navy to do this right for Hawaii.  Sometimes diplomacy will get the job done than to be confrontational and be in anyone's face, especially if your opponent is much bigger than you are.  In the meantime, Ernie will be assuring us that our drinking water is safe for our consumption, even if it means shutting down several wells to provide that safety net.

All well and good, but once again the point that needs to be made here about the late Sen. is as follows: Did he ever put up a flag and even question the logic behind putting fuel tanks 100 feet above a clean water aquafer? Did he ever say "hmmm, maybe we should reinforce the tanks so that water is not affected, here is some money"? As far as anyone can tell, nope, he said nothing to that effect. Sure, it's nice to say, "you break it you clean it up chump." But the tanks didn't get built there, 100 feet above an aquafer, yesterday. They have been there for 80 years. And frankly that is a bit of time that one can review the record and figure out that there may be a problem with this. Needless to say, they had the same issues about Chernobyl in 1986 before it blew up. The powers that be didn't do a thing. And thus, we are still living through that result to this day.