Investment in Native Hawaiian-focused education comes at a far less cost than incarceration. 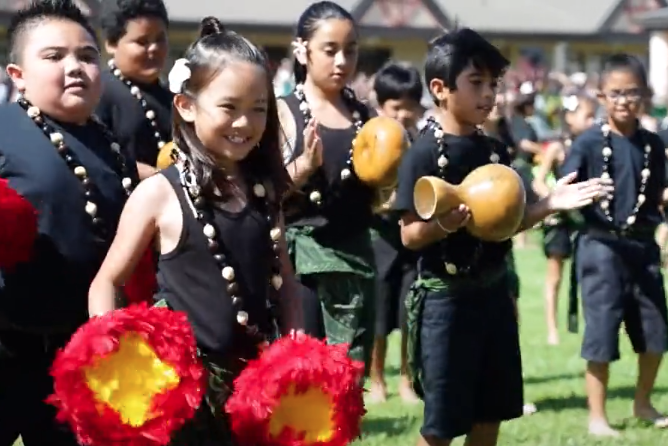 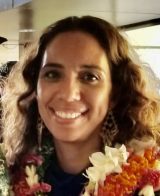 Eomailani Kukahiko is a Native Hawaiian from Waimanalo, Oahu with four children. She is a faculty member in the Curriculum Studies Department at the University of Hawaii at Manoa, where her work focuses on Hawaiian education.

Those in Hawaii who think the kind of violence that occurs on the “mainland” doesn’t happen here should take note of two shooting deaths of males of color — Iremamber Sykap (April 5) and Lindani Myeni (April 14) — last month. That reminds us that we are not immune.

I do not write from a position of knowledge in employing de-escalation tactics, but as Eric Stinton calls upon our collective responsibility as oiwi, or settlers, instead I write this as a Hawaiian mother and educator with three sons.

About a month ago state Rep. Amy Perruso hosted a town hall on Hawaii’s school-to-prison pipeline. The conversation was largely led by the Office of Hawaiian Education and informed by their institutional Theory of Change, including extensive quantitative data about the crushing overrepresentation of Native Hawaiian, Pacific Islanders and Black students in school suspensions, referrals and incarceration.

This message is in direct conflict with Honolulu Police Chief Susan Ballard’s assertion that Hawaii does not have a problem with racism, indicating with this kind of denial just how entrenched the problem really is.

On a recent Sunday a “Back Da Blue” rally was held to show support for the Honolulu Police Department, which has come under strong criticism for these recent shootings. Ironically, when interviewed, one supporter suggested that 80% of the department is good.

While I am unsure how he arrived at this number, is this a number that we are comfortable with — 20% not good? While the “defund the police” movement seems drastic and unrealistic, and often polarizing, so too did Black Lives Matter and Stop Asian Hate.

My understanding of defunding in this context is not that we take all funding away from law enforcement, but instead have intentional conversations around the redistribution of funding into social services and education designed to build communities.

I would imagine that even police officers may feel under prepared to deal with the breadth of “crimes” of medical and mental health issues and houselessness they are currently called upon to address.

Perhaps by channeling appropriate funding into organizations equipped for such demands, we actually honor the skillset of police officers and other professionals in our communities.

I suggest that in this time of great change Hawaii needs to reevaluate what our needs are as an island nation.

I first read about the school-to-prison pipeline in an article by the National Education Association. At the time, my youngest son just didn’t seem to be particularly interested in school and showed his lack of interest through nonparticipation or verbally combative displays.

My son, however, has the benefit of a mother who is an educator, as well as attending a school embedded with Hawaiian language and knowledge. In other contexts, I have seen videos of police officers dealing with young, unruly children.

Thankfully, his teachers continually search for his strengths. And yet, as a single mother it keeps me up at night to think what his path forward could be like if he remains disengaged in school in Hawaii’s harsh economic climate.

The recent creation of an OHE is a step in the right direction for the Hawaii Department of Education as a sanctuary not only for Hawaiian children but for all of Hawaii’s learners, through newer initiatives like Nā Hopena Aʻo (a Hawaiian studies curriculum) and Kula Kaiapuni (Hawaiian-focused charter schools).

Steps In The Right Direction

These progressive programs, however, are still underfunded in a system that has been dominated by Eurocentric curricular hegemony. Historically, non-Hawaiian leadership has largely failed to meet the needs of Hawaii’s diverse student body and there remains a dearth of a qualified, stable teacher workforce in communities that are the most socioeconomically vulnerable.

For those in Hawaii’s school population who do not have the economic means to retreat into private school sanctuaries, where entrance requirements, and school tuition, and zero tolerance policies glean potential problems, we (kakou) must make bold moves to invest in education.

The HIDOE is currently preparing for over $100 million dollars in cuts to the 2021-2023 operating budget; while Hawaii’s public schools are accustomed to ai pohaku (eating stones), the current budget crisis is seemingly insurmountable.

When Hawaiian language is taught, we learn to appreciate linguistic diversity.

Hawaii already struggles to keep qualified teachers, as evidenced by the abysmal, less than 60% retention rate of teachers after the first five years, forcing the superintendent into Sophie’s choices of educational budget priorities.

We must divest of nonsustainable, market-economy educational practices, and our overreliance on tourism and military spending to boost our flailing economy while hemorrhaging funds to private prisons. We should view each student as an “at-promise” child, worthy of well-resourced learning environments that are congruent with the inherent cultural values of our home: Hawaii.

This investment comes at a far less cost than incarceration alternatives. OHE shows us many possibilities on the path to educational self-determination.

So, as we commit to further developing our educational system in what is good for the collective, let us re-envision an aupuni palapala (a nation of learning) that is grounded in the wisdom of Hawaii, keeping all our keiki safe from the clutches of the school-to-prison pipeline and worse. 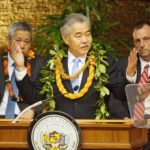 Danny De Gracia: Pandemic Lessons Should Prepare Us For The Next Crisis

Eomailani Kukahiko is a Native Hawaiian from Waimanalo, Oahu with four children. She is a faculty member in the Curriculum Studies Department at the University of Hawaii at Manoa, where her work focuses on Hawaiian education.

Your article became more understandable after I read the " Theory of Change" . HIDOE should take a page from Kamehameha Schools, which works to overcome the dissonance by embedding Hawaiian culture in the curriculum.      I was struck by the impact that teacher ethnicity had on students. Apparently, bringing in mainland teachers does a disservice to NH students because the school environment doesnât match the home environment resulting in dissonance.  Training and hiring local teachers might also help with the retention rate.     I noticed an error on Page 16 of the Theory of Change; Footnote  #11 should read "1860 act to regulate names" , not "1960 act...."

Why would we want to punish the private schools and their independent curricula that are actually performing well? If anything the school-to-prison pipeline shows it is the large public institutions and their ossified political class who have failed. One size fits all educational policy is why prisons are full and colleges are forced to offer basic math and readings skills.

Social institutions such as our educational system will never be a substitute for parenting responsibilities or lack of it.  At best it is a band aid, feel good approach.  As many parents understand, we aren't given a how to manual to raise kids but if the adults themselves have a firm foundation in values and ethics and a clear understanding of societal values they can then do their best to impart the same to their children.  Maybe it's time to focus in direct education to parents on proper ways of parenting otherwise we will continue to experience the results of children raised in dysfunctional environments.