A Year Of Good Ideas Has Led To Some Great Discussion. But Now What? - Honolulu Civil Beat

A Year Of Good Ideas Has Led To Some Great Discussion. But Now What?

We don't want to just publish good ideas that collect dust. This forum is all about sparking substantive change, even in small doses. 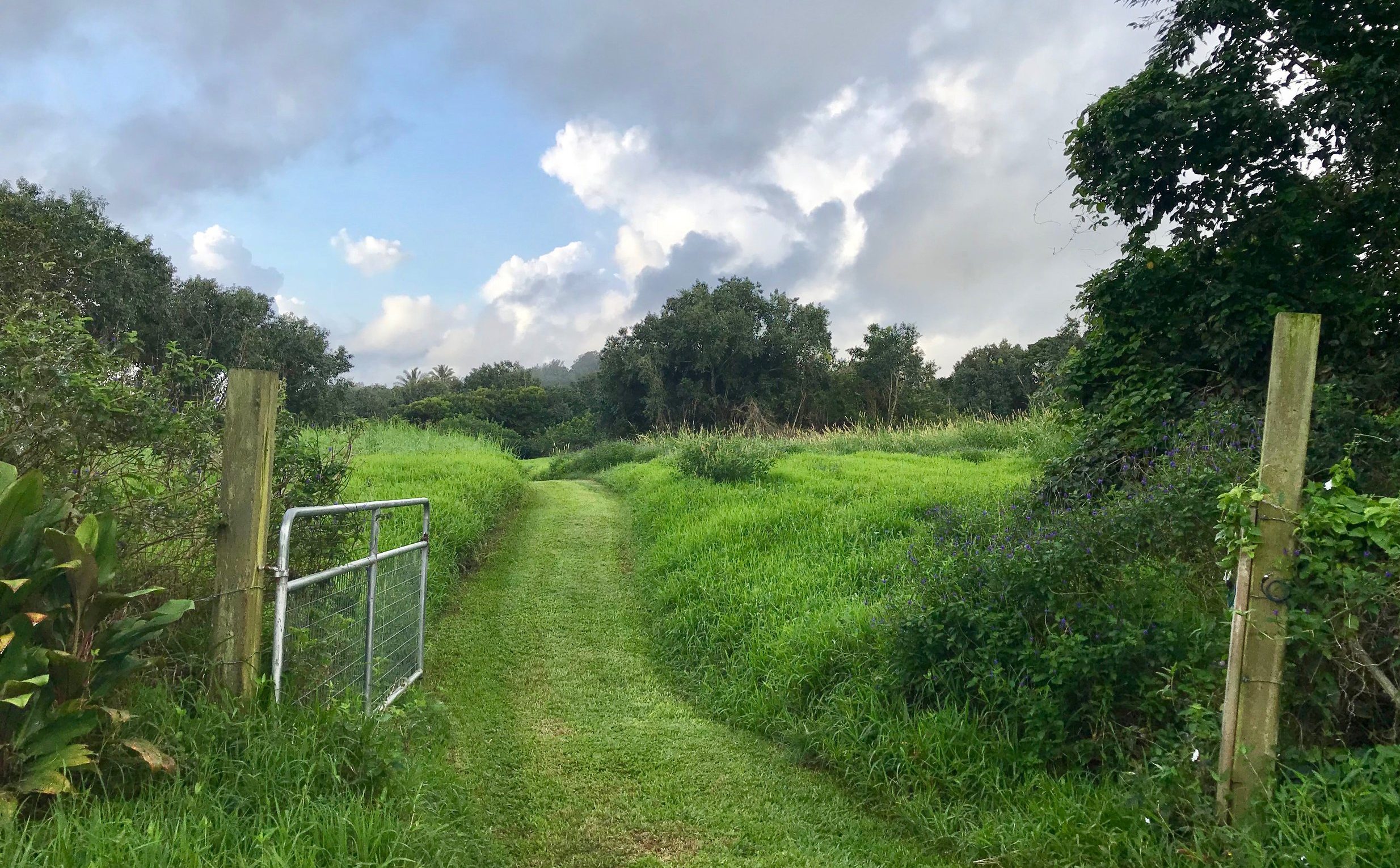 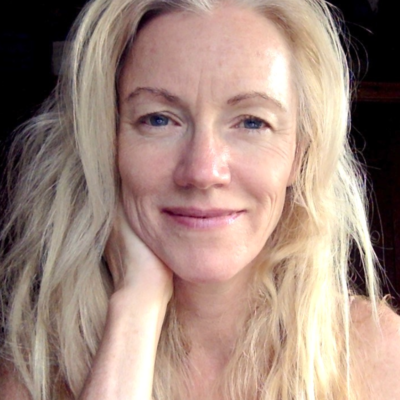 Julia Steele is the IDEAS editor for Honolulu Civil Beat. You can reach Julia at jsteele@civilbeat.com.

Last summer we were in the thick of the pandemic — locked down, masked up and stressed out, with norms collapsing all around us — and many were recognizing that in that change was an opportunity to let then-gasping dysfunctions die and replace them with saner, more sustainable systems.

But what exactly would a genuinely healthier Hawaii look like? What specifically would need to change and how?

Civil Beat founder Pierre Omidyar called for “bold ideas, creative solutions and informed perspectives from our state’s brightest minds” as he introduced the Essays section, a new section in Civil Beat designed to be a forum for ingenuity and practicality — and a catalyst for action and positive change in the islands.

Over the last 12 months we have called on people in our community to write — people who understand the issues before us and who have viable and explicit ideas for solutions. So, a year in: What have we learned and what can we do better?

We’ve run pieces on food and agriculture, housing, the economy, land use, government, policing and corrections, education, energy and transportation, the environment and health care.

Collectively the essays have generated tens of thousands of page views, inspired hundreds of comments and found their way into the zeitgeist.

But only a few have even gotten close to bringing about a change in public policy. In the coming year, we’d like to work together as a community to be more effective.

Last December, Jonathan Likeke Scheuer, chair of the state Land Use Commission — who has watched housing struggles play out for years — wrote a piece that broke open the myths that have kept housing out of reach for so many in Hawaii as he laid forward an alternate path. His essay shot to the top of our “most read” articles and remained there for days.

“I have been surprised at its impact,” Scheuer said this week. “It does seem to have affected the conversation.”

Robert Merce, an attorney who has long advocated for a more just and efficient correctional system, in September wrote about changes that could improve OCCC and in March made a strong case for eliminating cash bail, an issue then before the Legislature in Senate Bill 1260.

SB 1260 came close to passing this session, with Merce’s work frequently cited by supporters, but did not. Like voting by mail or death with dignity — other measures that required dogged persistence to pass in Hawaii — bail reform will undoubtedly be revisited next session.

“While we would like to see instant results, sometimes you just don’t get those,” Nancy Redfeather noted this week. Redfeather is one of the Hawaii farmers who have written essays over the last year with specific prescriptions for progress on agriculture.

“It takes time to build knowledge that is going to result in legislative change and influence the work of nonprofits and individuals,” she says. “Civil Beat shining a light on the food system has helped to give a wider voice to the interests that are rising from the community itself.”

The state Department of Agriculture this year provided a grant program to encourage the smallest farmers and build that sector of our food system. Redfeather says the state had never done that before.

“This says to me that our state agency recognizes that all growers are important to creating a cumulative impact on the food security system. That is a big change.”

“It’s not over because it didn’t pass this time,” Gaffney says.

And while the Legislature is out of session, he is taking up the idea at the county level, with Hawaii County Mayor Mitch Roth and the county’s new “Sustainability Committee.”

The Ideas We Need

Change happens constantly but progress — clear, directed forward motion into a truly better place — is much rarer. Progress takes time and needs vision. It calls for a willingness to imagine, persist and evolve.

We are, of course, now in a different place than we were a year ago. Vaccines arrived and movement restarted. Tourism has raced back and housing prices are through the roof. The struggles and issues that pre-dated the pandemic remain and some have become much worse. Bold ideas and creative solutions remain vital to Hawaii’s future.

With a year of IDEAS essays now behind us, we remain committed to seeing ideas come to fruition and ensuring that words translate into action. To that end, we are placing an even greater emphasis on the specific solutions and steps that can actually get us there.

In November we introduced the IDEAS Live forum, a twice-monthly live discussion show that picks up where the essays left off. They allow for an in-depth discussion with the essay’s author as well as two or three others connected to the issue at hand.

These discussions — held live so that everyone in the community can contribute questions and make comments — allow ideas to be further defined and explored more deeply, with an emphasis on solutions and action.

Shows happen online and can be watched and re-watched on demand. They have featured national and international voices along with local ones.

And while we’ll continue to gather on Zoom for IDEAS Live discussions, now that pandemic restrictions are finally easing, we are also making plans to gather again in person, but in a hybrid format that will still allow participation from remote areas of the state.

The earliest settlers on these islands developed innovative and complex systems that continue to be celebrated for their ingenuity and functionality: fishponds and agricultural field systems, the ahupuaa land management system.

In the 19th century, even as it was beset by plagues and deep change, Hawaii remained a place of innovation: embracing literacy, opening embassies across the globe, providing progressive voting rights.

Innovation can once again be its hallmark.

Just like seeds, good ideas contain extraordinary power within them. When they are planted with intention and take root, they can flourish and nourish their communities. 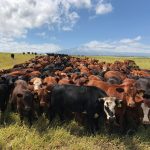 Julia Steele is the IDEAS editor for Honolulu Civil Beat. You can reach Julia at jsteele@civilbeat.com.

Thanks for the positive thinking and initiative that there is hope and that we can look forward to some positive change driven by community input and support.  The wheels of government move particularly slow here in Hawaii and there are many layers of special interests, unions and bureaucracy that need to be penetrated for a real difference to take place.  There are some new leaders that give me hope that our city and state can start to do the people's bidding.  Let's see what happens as the year unfolds.

Civil Beat is definitely a net positive as far as the ability to access new ideas that would never get covered by legacy media, but the culture of the Editorial Board is still one of censorship and exclusion when it comes to lived experience outside of the liberal comfort zone. When Omidyar called for solutions from the "state's brightest minds" we know that translates to "people we agree with". If you want buy-in from the 38% who voted for Trump out of desperation (because they are sick of do-gooders ruining their lives and find the current system intolerable), then the first step is to offer them an olive branch and not continuously slam the door in their face.

Changing the trajectory of history takes exceptional leadership - we don't have any such leaders in any office in the state of Hawaii today.  50 years of one party rule has led to rot and corruption.  So back to business as usual.