When local attorney Elizabeth Jubin Fujiwara started representing sex discrimination victims in Hawaii in 1986, it was rare to come across employees who were bound to go through secret arbitration proceedings rather than the court system.

But over the past 30 years, Fujiwara says mandatory arbitration provisions have gotten more and more common, making it harder for her clients to go public with their claims.

That could change with a proposal at the Hawaii Legislature aimed at barring employers from forcing workers with sexual harassment complaints into private arbitration proceedings.

Senate Bill 1048 passed the Senate and is awaiting a hearing with the House Finance Committee.

It’s not the first proposal intended to address the secrecy around sexual misconduct in the wake of the national #MeToo movement. But it’s different in that it aims directly at binding arbitration agreements that rope employees into confidential proceedings.

“If somebody has been found to have committed sexual harassment, if they ended up being found guilty in arbitration, that never comes out,” says Sen. Laura Thielen, the bill’s author.

“Not even the company can say anything because it’s all confidential and you end up with what’s called a serial harasser. They can continue to commit that activity over time. The idea behind the bill is basically to stop that.”

Many people don’t realize that they’ve signed away their right to a jury trial at work and in consumer agreements, but that’s grown increasingly common. A 2015 New York Times investigation found that mandatory arbitration provisions have increasingly been shielding businesses from liability and preventing class action lawsuits.

“Thousands of cases brought by single plaintiffs over fraud, wrongful death and rape are now being decided behind closed doors,” the story revealed. “And the rules of arbitration largely favor companies, which can even steer cases to friendly arbitrators, interviews and records show.”

In early 2017, the Washington Post reported employees at Sterling Jewelers — the company behind “Every kiss begins with Kay” — had spent nearly 10 years pursuing a secret class-action arbitration case alleging female employees were pressured into sex to receive promotions.

The newspaper described outrageous allegations of sexual misconduct but couldn’t report the names of the alleged perpetrators because the women couldn’t legally reveal them.

The #MeToo movement has prompted more awareness and outrage along with some changes. In response to criticism over big payouts for executives accused of misconduct, Google and Facebook recently ended forced arbitration for sexual harassment complaints.

Local attorney Daphne Barbee Wooten has worked on sex discrimination cases for decades and she says mandatory arbitration is very much a problem in Hawaii.

SB 1048 has passed four legislative committees without receiving any written testimony in opposition to the bill, according to records posted on the Capitol website. In other states and in Congress, lobbyists for businesses have marshaled opposition to similar proposals.

But supporters of the bill have concerns about specific provisions that could undermine the measure’s effectiveness. Wooten questioned the exception for voluntary confidential proceedings.

“The exception swallows the rule,” she said. “On the one hand they say, ‘No you can’t force mandatory arbitration.’ But then it says, ‘Oh you can have that if you enter into a legal settlement.'”

Thielen said she wanted to give women the option of resolving claims privately.

Linda Krieger, chairwoman of the Hawaii Civil Rights Commission, said the same exception is “big enough to drive a freight train through.”

“This does not make confidentiality agreements unlawful. It makes them unlawful in situations where there’s not a settlement of a specific claim and that doesn’t happen very much anyway,” she said.

Krieger is also skeptical that the bill would be enforceable if it passes.

“The problem is “except as otherwise provided by federal law” is an extremely large loophole,” she said. “It’s kind of hard for me to see what kind of utility this bill will have other than some sort of symbolic effect.”

Thielen said she also introduced a resolution urging Hawaii’s congressional delegation to amend federal laws to ensure victims of sexual misconduct have access to the courts. A 2017 Supreme Court ruling sided with nursing homes after the families of patients questioned forced arbitration agreements.

Despite the bill’s limitations, Krieger says she supports the intent.

“People shouldn’t be asked to give up their right to a judicial forum in a civil rights case as a condition of having a job,” she said. “And the notion that arbitration is just a different form for resolving a dispute has not proven to be accurate.”

In addition to forced secrecy, participants in mandatory arbitration may have no right of appeal and no right to a written decision, she said.

“The arbitrator isn’t required even to follow the law,” Krieger said.

Part of the problem is the lack of awareness surrounding the issue.

“There has been a very significant undermining of the entire civil justice system under the auspices of arbitration and people don’t realize this has happened. It has significantly undermined a variety of protections that people spent decades putting in place,” she said.

“Everyone who has had a credit card agreement has signed a mandatory pre-dispute arbitration clause and people don’t realize it,” she added.

Policymakers are taking notice. Vermont’s Legislature last year passed a bill that bars contract terms frequently found in mandatory arbitration clauses to deter businesses from including them. It was an attempt to get around concerns that state restrictions on arbitration could be legally suspect, but the governor vetoed it.

In Congress, House Democrats are pushing a bill to prohibit required arbitration for future employment, consumer, antitrust or civil rights disputes. No Hawaii representatives have yet signed on.

Although SB 1048 has passed the Senate, it still needs to get through the House and survive end-of-session negotiations before it could become law.

Rep. Sylvia Luke, the chairwoman of the House Finance Committee, said in a phone interview Tuesday that she will likely schedule a hearing for SB 1048 sometime in the next couple of weeks.

But in general, she thinks secrecy can benefit victims by protecting them from intimidation or retaliation.

The policy requires all parties to maintain confidentiality or face repercussions. House Speaker Scott Saiki told the media in January that the confidentiality would be expected to be maintained even after proceedings are resolved.

Luke also said Tuesday that it should be up to victims whether they want to participate in arbitration or whether the proceeding should be private. But she emphasized she has yet to review SB 1048 closely.

“We still need to go through the hearing process to figure out what are some of the pros and cons and based on that we’ll make the final judgment on what is the best course,” Luke said.

A previous version of this article incorrectly said Fujiwara’s first sex discrimination case was in 1996.

Maui’s Got A Brand New Ag Department. Now What? 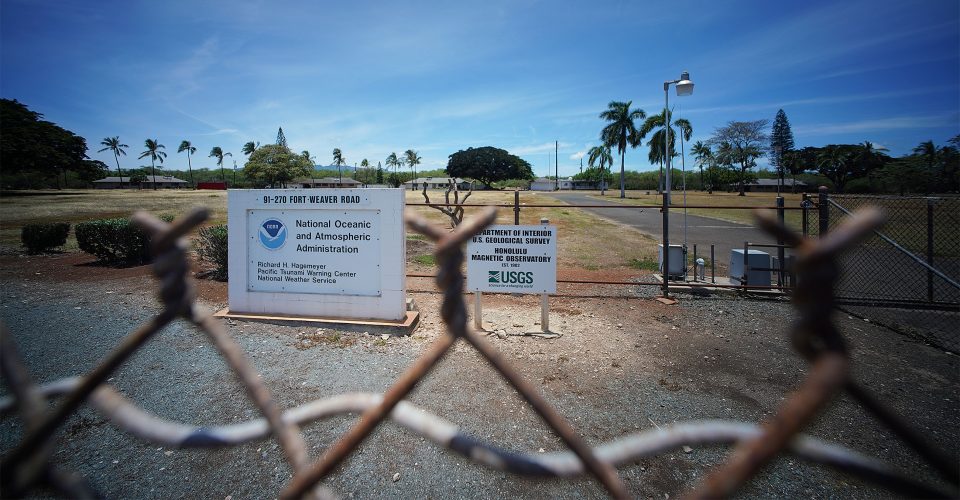