May 26: “Murder Leaves Its Mark” by Victoria Nalani Kneubuhl
Hosted by Claire Caulfield

June 30: “When You Trap A Tiger” by Tae Keller (kid’s book)
Hosted by Suevon Lee

November 24: “The Value of Hawaiʻi 3: Hulihia, the Turning”
Hosted by Chad Blair

Book club members receive 10% off the monthly book club selections when purchasing online with code “CB10” or in the Kaimuki shop.

Visit their site for all the upcoming and past book club selections. 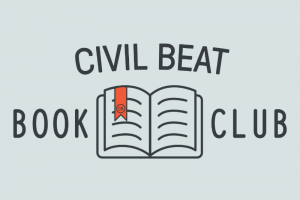 This virtual event will be held on Zoom in meeting format where all participants have the option to turn on their cameras. This event will not be recorded so be sure to join us live.

The Civil Beat Book Club is a partnership with local book store, da Shop. Book club members receive 10% off the monthly book club selections when purchasing online with code “CB10” or in the Kaimuki shop. Visit their site for all the upcoming and past book club selections. 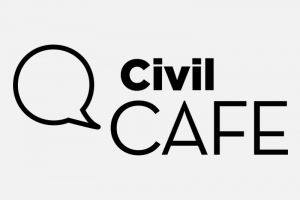 Civil Cafe: How The Pandemic Has Affected Hawaii’s Indigenous People

Click here to register, submit questions or watch the replay.

Questions may also be sent to membership@civilbeat.org

Civil Beat is a proud sponsor of the 16th annual Hawaii Book and Music Festival themed “Hawai‘i 2.0 –Model for the Planet?” which runs for the entire month of Oct. and into early Nov.

Other events include talks with international, national and Hawai‘i authors, graphic novelists, poets, and presentations by playwrights, mediamakers, storytellers and musical performances.

Civil Beat is a sponsor of the sustainability, wellness and innovation tracks which include discussions on tourism, gender inequity, energy, big data, economic diversity and Artificial Intelligence.

If you’ve been following the Kealoha story, you won’t want to miss a discussion with Nick Grube and attorney-turned-author, Alexander Silvert, on his soon to be released novel, “The Mailbox Conspiracy.”

The nonprofit festival is a free-admission event.

Civil Beat moderators will be participating in the following virtual discussions:

See the full schedule and register for the festival here.

With vaccines on the horizon for kids ages five to 11, we’ll ask the questions at the top of parents’ minds.

This discussion will be guided by questions from the audience, so we’re asking our readers to submit questions ahead of time through Crowdcast’s Q&A feature after registering.

Register here to attend live or receive the recording.

The Civil Beat Book Club is a partnership with local book store, da Shop. Book club members receive 10% off the monthly book club selections when purchasing online with code “CB10” or in the Kaimuki shop. Visit their site for all the upcoming and past book club selections.

Register for the live book club meeting here. This virtual event will be held on Zoom in meeting format and will not be recorded. 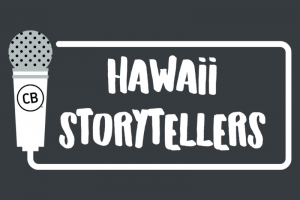 You’ll hear about a family-owned book publishing company, a cat cafe in Kaimuki, a thriving butterfly business, and why a businesswoman wants to see others succeed.

Meli James, Co-Founder of Mana Up and President of the Hawaii Venture Capital Association

Civil Cafe: The Data Behind The Covid Surge

The highly contagious delta variant now makes up nearly all of recent Covid cases in the islands.

Predicting the future of Covid is a slippery slope, but forecast modeling can give us an idea of where we might be headed depending on current factors like vaccination rates, restrictions on public gatherings and the amount of incoming travelers. So where can we expect to go from here?

With the surge of cases, Hawaii hospitals are struggling to handle a combination of Covid and non-Covid patients, some operating at up to 125% of its capacity. How are hospitals handling the surge? 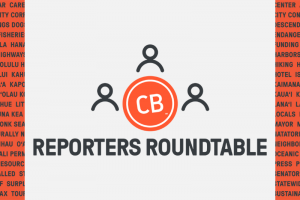 Join Civil Beat reporters Marcel Honore and Nick Grube for a virtual discussion where they’ll share updates on the progress of the Honolulu rail project.

If you’d like to submit your questions before the discussion, you can do so through this form or email them to membership@civilbeat.org.

In the weeks leading up to the event, Kuʻu will post weekly discussion questions in the CB Book Club facebook group to guide the group through the book, so be sure to join the group and pre-meeting discussions.

Register here to attend live. This event will not be recorded.

Civil Beat hosts numerous public and member-exclusive events every year, including monthly member coffees and pau hanas, Civil Cafe panel discussions, and an intimate speaker series known as Hawaii Storytellers. Through our events, Civil Beat looks to foster community discussions by providing a place where citizens can share their thoughts and debate important issues in a civil manner.