There is no doubting that this pandemic is catastrophic. We all just need to get on the same page that we are facing a global disaster of unprecedented proportions.

We also need to face the reality that the aftermath may be worse.

Earlier this month, Politico ranked the responses by U.S. governors to the current crisis. In a surprise to no one, Hawaii’s David Ige ranked No. 4 on the list of worst responders. He was the only Democrat on that particular list. I think he got off easy.

Hawaii voters certainly tempted the fates when they reelected the guy who let us all think a missile was hurtling towards us for 17 minutes, because he didn’t know his Twitter password.

Every nation gets the government it deserves.

So when Ige proposed a 20% pay cut for state workers, including our already underpaid teachers, I thought of just how apropos Monsieur Maistre remains even two centuries later.

When Equity Is Not Just

David Ige makes $158,700 per year. This does not include the rental income he receives from renting out his personal home which he started doing when the state began providing him free housing six years ago. According to public records, he receives at least $50,000 annually in additional income from his rental. 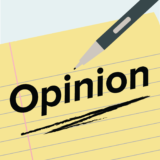 A starting Hawaii Department of Education teacher can begin with a salary as low as $35,962 annually. This is less than $3,000 a month, before taxes. It is difficult to imagine how an adult, or a parent, would get by on this considering our disproportionately high housing costs and overall cost of living.

The average teacher in Hawaii makes $57,431. When adjusted for the cost of living, this drops to $40,246, making them the very worst paid in the country when cost of living is factored into the calculation.

The proposed 20% cut would leave some starting teachers with $28,769.60 a year. Are we really willing to tell teachers we want to teach our children that this is what they’re worth? I’m not.

It is simply unreasonable and unfair to ask teachers to take the same pay cut as administrators who may be making three times as much money.

This would include people like University of Hawaii President David Lassner, whose pay increased from $375,000 to $395,004 last year. A 30% cut would save the state $118,501.20 and still leave Lassner with a very comfortable $276,502.80 annually. More than seven times the current starting salaries for some public school teachers.

Alternatively, we should consider leaving essential workers entirely exempt from any potential pay cuts, for if this crisis has shown us anything, it’s that thousands of working class residents put their safety on the line daily to keep our island communities functioning. These workers should be rewarded, not targeted.

Additionally, we should be suspending the GET tax on food and medication. The priority should be making sure families have sufficient funds to sustain themselves during the lockdown order, and this should come even above the requirement of balancing the budget.

There’s no doubt that the budget needs to be balanced, but surely someone in government must have the wherewithal to know that the first swing should not include low-level state workers who may already be struggling to get by.

This crisis has emphasized why political leaders need to be incredibly smart, skilled and strong. When a crisis hits, we should have our best at the helm. I can’t imagine anyone thinking this is the case right now. We have for too long tolerated an administration packed with political allies rather than skilled administrators. Shame on us for having rested so casually on our laurels.

There is no doubt that David Ige’s inability to effectively lead the state during this crisis will result in a Hawaii that further alienates our working class and vulnerable populations.

This is absolutely the wrong direction to move in, and we must be suspect of a leader that appears willing to cut pay from struggling families before he is willing to cut his own pay.

Yes, cuts will need to be made, but there are other stones to be squeezing blood from right now. Working families, scared and struggling, are not the place to start.

Want more information on COVID-19 in Hawaii? You can read all of Civil Beat’s coronavirus coverage, find answers to frequently asked questions or sign up for email newsletter updates — all for free.

Maui’s Got A Brand New Ag Department. Now What?