WAILUKU, Maui — Families of people held at the Maui Community Correctional Center are calling for accountability over concerns that the overcrowded jail isn’t taking adequate measures to protect their loved ones from COVID-19.

Among other concerns, families say that the MCCC is violating requirements put forth in the Hawaii Correctional System Oversight Commission’s September report, like social distancing between bunks. The commission, which was put in place in 2019 but has never received money to hire staff or carry out its duties, has authority to set inmate population levels.

But practicing social distancing is nearly impossible inside the MCCC, a Wailuku jail with an occupational capacity of 301 that held 303 inmates as of last week, a DPS population report shows.

Forty-three inmates have COVID-19 at the MCCC, according to Department of Public Safety data released Friday. Forty-four people are currently in medical isolation and 211 are in quarantine, the DPS data shows. About half of Maui’s 42 new cases are part of a cluster at MCCC, the Honolulu Star-Advertiser reported Sunday.

“We haven’t made any secret of the fact that our facilities are overcrowded, and we do our best to try and separate them as best as possible,” she said. “But it’s always a possibility that offenders might come in contact with other offenders who later have been determined to be tested positive.”

One inmate says he was relocated to a cell with COVID-positive inmates after receiving his first shot of the vaccine.

“They’ve exposed me to it basically,” Wade “Kalani” Nakoa, who is currently being held at MCCC, told his fiancee, Nicole Ottersen, in a phone conversation Friday. Civil Beat was allowed to monitor the conversation but did not participate in the call due to prison rules that prohibit three-party conversations.

“If I didn’t have it before, I probably have it now. But I got the first round of the vaccination so I got a little bit of help,” Nakoa said.

After Nakoa got his first shot in late February, he began feeling body aches, chills, and a headache, so he asked for medication like Tylenol, he said.

He says prison staff took it that he was complaining he was sick, so they sent him to a new two-bunk cell where he has been sleeping on the floor because there were already three inmates there when he arrived. “At no time” are the beds 6 feet apart in the cell, Nakoa said.

Other inmates who receive the vaccine are also “ending up down here,” Nakoa said, because they show side effects of the vaccine and COVID-19 antibodies on an antigen test.

Nakoa said he doesn’t know when he will be released from the COVID-positive cell and that prison staff are not giving him much information.

Nakoa told Ottersen in the phone call that he knew he could face repercussions for having his remarks appear in the media, but he thinks people need to know what the inmates are facing. “We’re just voicing our concerns on how we’re being treated down here.”

Three people Civil Beat contacted would not speak on the record or allow printing their jailed family member’s name, citing fear of retaliation against their family members from authorities inside the jail.

Asked if inmates face retaliation from correctional officers for talking about the COVID-19 situation inside the jail, Schwartz said, “No.”

Kahealani Cramer worries about her husband, Robert Cramer, who, she said, is currently in “the hole but they’re using it for quarantine.”

Robert reported there being “four of them to a cell,” Cramer said. “They have one mask, one-layered, they have to hand-wash it. They only have soap to shower. Hot water for the shower only got on three days ago.”

After Cramer wrote on Facebook about what she’d heard from Robert, he was put on the “shit list,” she said. “He’s been in there 11 days, and he’s got no laundry.”

Schwartz said that inmates are issued two masks upon entry; “have frequent supply” of soap, disposable paper towels, and hand sanitizer; and have laundry done “every Tuesday and Thursday, every day but each module is different.”

Angelika Serafica said that her son, Christopher Jenkins, reported being put in a quarantine cell after a COVID-positive inmate was put in the same van on their way to the court. Afterward her son tested negative, Serafica said, but he was put in a cell with three other men, two of whom were positive.

“He finally tested positive on the 28th,” she said. “Now they’ll let him go after 10 days because they know he’s not contagious. Basically they forced him to get sick before they let him out. It seems like they’re practicing herd immunity,” she said, adding, “He feels that they purposely gave him the virus.” 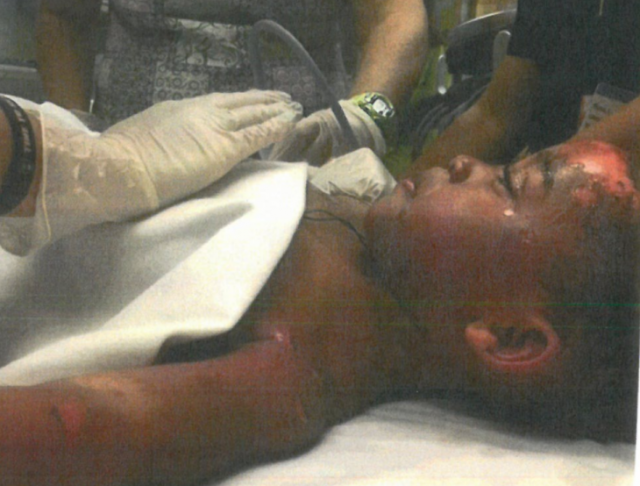 Four Years After A Toddler Died Of Scalding, Her Mother Still Seeks Answers 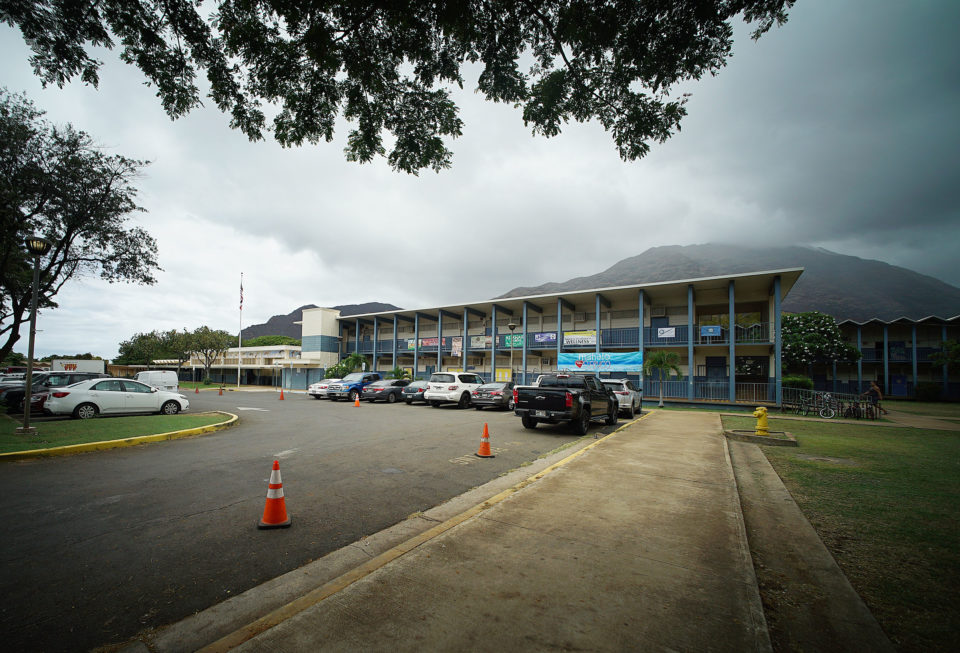 Many Head Start Classes Go Back Online Amid Covid Surge 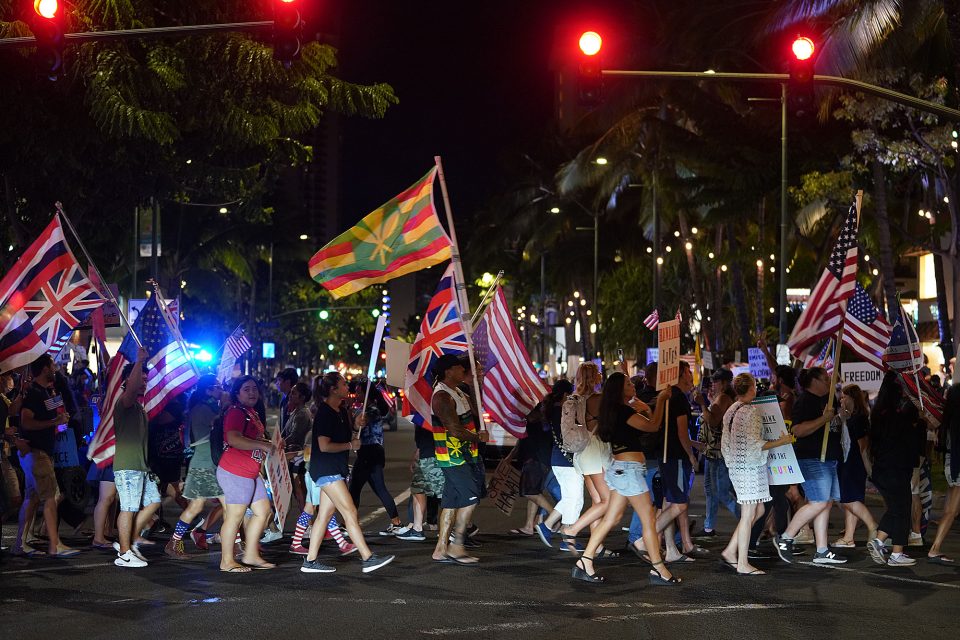 Denby Fawcett: The Unseen Cost To Taxpayers Of Vaccine Exemptions 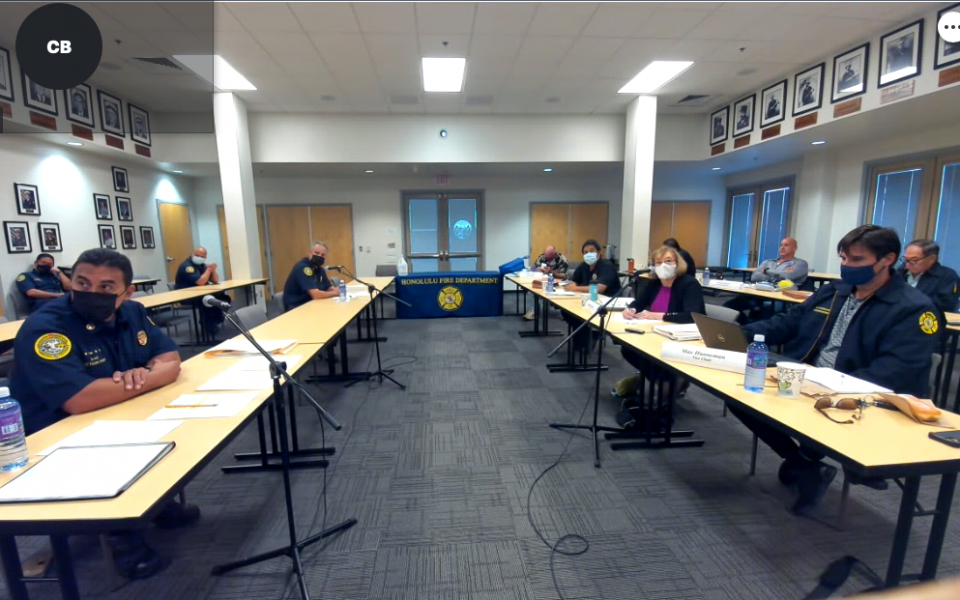 Training Records May Be Sticking Point In Fire Chief Deadlock