Learning To Live In The Electric Century - Honolulu Civil Beat 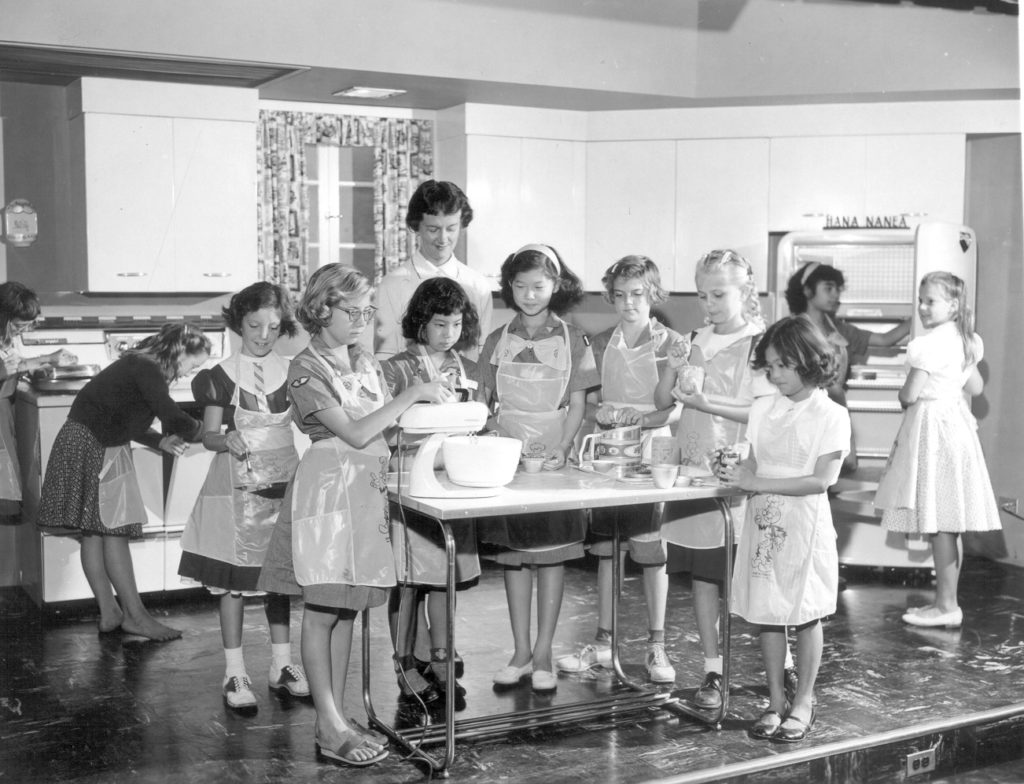 Learning To Live In The Electric Century

In 1914, half a world away from an isolated chain of islands in the middle of the Pacific Ocean, the Great War was being waged on the battlefields of Europe.

It was a war of bayonets and cannons and men fighting hand to hand in the trenches. It was a slog in which victory and defeat seemed far off to many of the men who fought, and generals often came across as disconnected from their fighters.

World War I, as it came to be more commonly known, was just a distant rumble to the people of the Hawaiian Islands, even though by the time the war ended in 1918, 17 million people had been killed.

But in Hawaii, the population was soaring, adding thousands of new residents every year. Between 1891 when Hawaiian Electric Company opened for business and 1925, the population of Hawaii quadrupled.

HECO was becoming much more efficient under new management and prices were coming down under the sometimes watchful eye of the newly created Public Utilities Commission. The company’s early investments were paying off.

As the utility decided where to run its power lines, roads were being bulldozed across Oahu. Plantations were flourishing in rural areas, giving rise to plantation housing developments.

Tourism was taking hold, fueled by regular cruise service from the West Coast. Passenger ships were bringing thousands of visitors from California to Honolulu.

And consequently, the demand for electricity grew. But at first it was available only to those most able to afford it.

In 1914, the first oversized electric refrigerators reached the islands. They were initially too big to fit in most people’s small homes, something that didn’t really matter because few residents could afford the enormous price tag.

But soon other products, like electric fans and sewing machines began to catch on. Hawaiian Electric opened a three-story appliance store.

The more electric appliances people bought, the more electricity they consumed — and the more Hawaiian Electric had to increase its power generation to meet customers’ needs.

HECO had installed a trio of new steam turbines between 1908 and 1913. The company also expanded its transmission lines to areas near Diamond Head and Nuuanu Valley. Those new additions allowed electrical output to reach 4 million kilowatt-hours, according to “Hawaii: The Electric Century,” a 1991 book by Carl Myatt. (A special coffee table edition of the book was published for Hawaiian Electric.)

Additional growth in generation and electricity delivery soon after allowed the company to start providing power to the rapidly growing military bases, sugar plantations and pineapple canneries on Oahu.

The company also succeeded in extending general service throughout the city of Honolulu. And HECO ran its first line over the jagged Koolau mountains to the very rural districts of Kaneohe, Kailua, Lanikai and Heeia.

By the 1920s, the expansion of Hawaiian Electric’s electric system was hard to miss. Laborers were digging into roads and disrupting sidewalks to put in tall wooden power poles or to lay electric lines under ground. People began to grumble about the construction obstacles they had to navigate around.

In a smart public relations move, the company started putting a simple, but positive message on its construction signs — “Honolulu is growing.”

New power lines were being strung everywhere. Homeowners who could afford it paid to have lines in their neighborhoods buried, a fact of life that is still evident today. Less affluent areas still exist beneath a web of power lines.

By the mid-1920s, Honolulu was stuffed with more than 125,000 residents. Hawaiian Electric had sold 7,000 home appliances, including toaster stoves, flat irons and vacuum cleaners, not to mention an array of other tools for the everyday homemaker.

But buying and using electric ranges and ovens was still an act of faith for people who had been cooking on burning wood or more volatile fuel sources.

So, to further stoke demand for power and products that relied on electricity, HECO opened its Home Services Department in 1926. The goal: to help people join the electric revolution. But first they had to learn how to use all those newfangled electric gadgets.

Home Services began to hold cooking demonstrations and other events at Hawaiian Electric’s auditorium on King Street. The company later took the show on the road — to the Hilton Hawaiian Village dome and to meeting rooms at what is now the Neal S. Blaisdell Center.

Even as it was transforming homes, Hawaiian Electric continued boosting its capacity and distribution. Service extended to the edges of Oahu — to Kahuku, Waialua and even the Ewa Sugar Plantation.

There were bumps in the road, though. In 1927, an annual company report noted that yearly receipts had grown less than the previous year “due to several of our large power customers installing their own power generating equipment.”

Still, as the report pointed out, Hawaiian Electric had netted some new large-scale customers, too — including the United Dredging Co. in Pearl Harbor and the Honolulu Rapid Transit & Land Co. For a quarter century, the transit company had relied on its own power generator in the electric streetcar station on Alapai Street, but technical problems forced it to turn to the electric utility.

With HECO preparing to power the city’s streetcars, the report predicted that the following year’s bottom line would improve.

In 1927, the Royal Hawaiian Hotel opened in Waikiki. The $4 million luxury beachfront hotel with its pink Moorish architecture brought renewed demand for power in the growing Waikiki tourism hotspot.

More and more visitors began arriving more frequently. Ocean liners were getting bigger and faster and in 1928, 20,000 tourists visited Hawaii.

In 1927, HECO opened stylish new offices on Richards Street adjacent to its previous headquarters and just across the street from Iolani Palace.

The location was terrific, a few minutes from other key institutions. The Bishop Estate leased HECO the land for a hefty $9,000 per year.

Hawaiian Electric spent $750,000 on the reinforced concrete structure, its arched portico entrances and windows, an impressive sign that HECO had arrived. The grand opening celebration featured dozens of elaborate flower bouquets that filled the main office.

Honolulu couldn’t seem to get enough of HECO’s electricity and, by the end of the Roaring Twenties, Oahu had seen a steady increase in power use every year since King Kalakaua first lighted up Iolani Palace in 1886.

Decades of economic and industrial growth fueled by a booming population had made Hawaiian Electric one of the state’s most successful businesses.

In fact, the growing hunger for electricity in the 1920s left HECO struggling to meet demand. It installed a 20,000-kilowatt generator at its Bishop Street plant toward the end of the decade to keep the lines humming.

But things were about to change.

Next: Even Hawaii couldn’t escape the Great Depression. And then came World War II.