Kauai: This Island Has Been Holding Steady Against Coronavirus. What's Up? - Honolulu Civil Beat

LIHUE, Kauai — Kauai emerged Saturday with just 21 COVID-19 cases, no disease clusters, no fatalities and only one victim hospitalized, a status that both health officials and political leaders say is likely due to luck and the fact that the island implemented some restrictions earlier than the rest of the state. 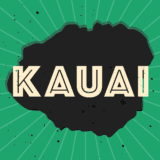 The total — unchanged since last Sunday — apparently makes Kauai either the most fortunate of the islands or the place where steps taken early to encourage residents to self-quarantine have paid off.

Ironically, Kauai on Saturday also became the site of a microscopic knockoff of the anti-lockdown demonstrations that have swept parts of the rest of the country in the last week. Here, about 20 demonstrators chanting slogans familiar to anyone who follows right wing conspiracy theories walked back and forth between the historic County Building and county administrative offices about a block away.

Scarcely any of the marchers wore masks and, though they were repeatedly admonished by organizers to maintain 6 feet of social distancing, they were sometimes clustered far closer than that. They voiced objections to widespread vaccine use and charged that government leaders have fabricated the COVID-19 crisis.

“I do think Kauai is doing well in comparison to the rest of the state,” said Dr. Janet Berreman, district health officer for the Hawaii Department of Health. “I think it’s a combination of luck, geography and having taken aggressive actions early.”

She was apparently referring, in particular, to shutdown orders issued by Mayor Derek Kawakami, especially the first curfew imposed anywhere in Hawaii on March 19.

The observation was also consistent with new figures released by the Kauai Fire Department that show that emergency medical service calls in the first 15 days of April numbered 129, down from 184 for the same period last year and 206 the previous year. Comparisons for the full month of March in the same three years showed a similar downtrend, from 404 to 327.

Traffic citations and collisions have plunged since mid-March, according to the Kauai Police Department, suggesting that the dramatic decline in vehicle traffic on island and the fact that the curfew may have prevented some assaults and car crash injuries in the overnight hours are related to the procedures imposed by Kawakami.

Charlie Iona, a former chair of the county police commission and an influential figure in the community, said he thinks Kauai’s results so far are “because the island as a whole decided to get engaged. People started to look and listen and began asking all the right questions.”

Status figures released on Saturday showed that, as had been the case for nearly all of the previous week, Kauai’s COVID-19 case total was 21, with 17 victims recovered and just one still a patient at Wilcox Memorial Hospital. The case rate per thousand population for Kauai was slightly higher than that of Hawaii island.

But Kauai has no areas of extremely high concentration of the virus and — unlike Maui and Hawaii counties — has so far had no geographic clusters of the disease. On Maui, an outbreak struck a hospital and two clusters have been recorded on the Big Island.

Kauai and Hawaii counties are the only places in the state that have not recorded fatalities during the pandemic so far.

The state health department on Friday released data on COVID-19 testing for the first time. It showed that Kauai had tested 1,069 residents for COVID-19, with just 1.8% positive. Hawaii County tested 2,959 residents, with 2% positive.

“Hawaii is one of the top testing states in the country,” Berreman said.

Two people familiar with the testing situation at Wilcox said that reagents necessary for testing equipment have been in short supply, as well as protective masks, gowns and gloves. Shortfalls are starting to disappear, these sources said.

Emergency room visits have fallen, apparently because of decreasing numbers of traffic crashes and other accidents. Shortages of personal protective equipment have sometimes required health workers to reuse the same mask as many as three times.

In an interview, Kawakami said he agrees that Kauai has come through the COVID-19 crisis better than other islands — so far.

“I do share that view,” he said. “We’re cautiously optimistic because all it takes is one case of someone being reckless to jeopardize this whole operation. It requires self-governance and self-discipline.

“Our success rate is a no-brainer because we very quickly put in protective measures and built this sort of bunker to really restrict movement. We know it’s upsetting to some people. It’s a life style we’re not accustomed to as Americans.”

“I’m very sorry there are still people who don’t see the team effort that’s being undertaken by the majority of people on the island. Government is not designed as a babysitter. That’s why we’re requiring people to govern themselves responsibly. We make these unpopular decisions because people’s lives are at stake.”

Organizers of the march were quick to disagree.

“Not only are we witnessing the greatest depression of all time as a result of tyrannical government force, our very culture is being stripped of us,” said Levana Lomma, one of the organizers. “Complete shutdown of society and destruction of the economy cannot be justified as a response to what’s being described as a ‘deadly pandemic.’”

Like many march participants, Lomma disputed existence of a large scale disease crisis, arguing that COVID-19 testing is inaccurate, though she was unable to identify the source of her contention that such tests yield false positives 80% of the time.

“We want our government to own up to crippling the community,” she said.

“It seems we are doing somewhat better than the other islands,” Evslin said. “I think we can say with some confidence that luck certainly plays a big factor because there is no evidence of a cluster of linked cases on Kauai like there has been on other islands.

“When so many on Kauai have sacrificed so much to keep the case numbers low, it’s extremely disappointing that some people are willing to throw that all away and jeopardize the health of our community and our health care workers.”

Want more information on COVID-19 in Hawaii? You can read all of Civil Beat’s coronavirus coverage, find answers to frequently asked questions or sign up for email newsletter updates — all for free.