Before moving to Washington, Adrienne was Civil Beat’s Honolulu reporter. She has worked as a local news anchor for Hawaii Public Radio, Hawaii’s NPR affiliate, and served as managing editor of Honolulu Weekly.

Adrienne also worked as a reporter for Nieman Journalism Lab at Harvard University, and as a producer and news writer at WBUR, Boston’s NPR affiliate. Her writing has appeared in The New York Times, The Washington Post, Gawker, Slate, The Awl, and several other newspapers and magazines. Adrienne earned her B.A. in journalism from Michigan State University and her M.S. in journalism from Boston University. You can follow her on twitter @AdrienneLaF. 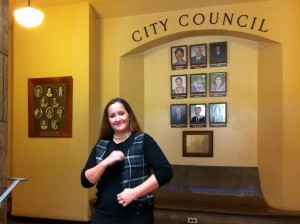