A Honolulu native, Alia returned to the islands in May 2012 after graduating from Boston University with degrees in journalism and Latin American studies.

Alia was a longtime intern at Civil Beat before landing her position as a reporter-host. One of her stories, “A Lost Child of Kalaupapa,” won her the 2011 Society of Professional Journalists Hawaii Chapter award for best online feature writing.

But not all her intern assignments at Civil Beat have been as glamorous. During the summer of 2012, she had to tour (read: smell) some of Oahu’s nastiest bathrooms for her story The Dirty Dozen: The State of Honolulu’s Public Restrooms.

She sincerely hopes her editors remember she’s no longer an intern.

Before the birth of Civil Beat, Alia wrote for Honolulu Weekly. She also had a number of jobs while in Boston, including as a fellow in Boston University’s writing center and a research assistant on a long-term project that analyzed the relationship among the Mexican Revolution, international cinema and transnational politics.

Alia is a self-proclaimed globetrotter and will do anything she can to travel to new places. She developed a fascination with Latin America while in high school and hasn’t been able to keep herself away since. Most recently she traveled to Ecuador, where she lived and studied for six months.

Parents to DOE: Why Aren’t We Being Told Sooner About Possible Child Abductions?

Is the DOE’s New Performance System Skewed Toward Elementary Schools?

Former Judge Among New Picks for UH Board of Regents

What Happened to the Hawaii Teachers Union Preschool Ballot Campaign?

New Disclosure Law No Problem For These UH Regents Applicants

The Children Left Behind: Kindergarten Age Cutoff Has Families Scrambling

Candidates for Vacant UH Board of Regents Seats Announced

Classes Off to a Hot Start in Schools Without Air Conditioning

Should Public Money Be Used for Private Preschools?

Money 101: The State of Fiscal Affairs at the University of Hawaii at Manoa

Education Secretary Backs Off Use of Tests in Teacher Evaluations

Hawaii School Board Members Unhappy With Changes to Teacher Evaluations

Iselle Fizzles After Hitting Big Island, But Julio Still on Its Way

UH Closes All Campuses in Anticipation of Storm

Stormy Weather: Hurricane Iselle Is About to Rock Hawaii

It’s Official: Tom Apple Is Out as UH Manoa Chancellor

Students to Occupy Bachman Hall in Support of Apple

Report: College Dropouts Much More Likely to Default on Loans

Calvin Say Ordered to Appear in Court to Prove Residency

3 of Hawaii’s Community Colleges Among Least Expensive in U.S.

USDOE Extends Hawaii’s Waiver from No Child Left Behind

Is UH Doing Its Part to Combat Sexual Assaults on Campus?

Hawaii’s School Librarians: No Longer at a Campus Near You?

Teacher Morale Emerges as an Issue in the Governor’s Race

Hawaii Is Out of Compliance With Federal Special Education Law

Still No Relief for Hawaii’s Most Overheated Classrooms

Quiz: Is the Cost of Attending UH a Problem?

Gates Foundation Calls for Moratorium on Use of Common Core

Living Hawaii: Where Child Care Can Cost More Than College

Report: Hawaii High School Graduation Rates Among Most Equitable in US

Appeals Court: Calvin Say Must Prove He Lives in the District He Represents

Health Care Insurers May Have to Cover Hawaii’s Autistic Children

Another Dental Nightmare Renews Call for Stronger Oversight in Hawaii

What Will the Hawaii DOE Do With the $775K New Hope Settlement?

What Does it Take to Run a School District?

Human-Manned Subs Are Being Phased Out — But at What Cost for Hawaii?

Educators: Thousands of Hawaii Children Left Behind in Preschool Talks

Lawmakers to Consider Bills to Tighten Up Hawaii Regulation of Dentists

What Hawaii’s Legislature Has in Store for Education 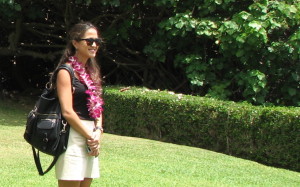