Blaze Lovell is a reporter for Honolulu Civil Beat. Previously, he was a reporting fellow and intern. He earned his bachelor’s degree from the University of Nevada, Las Vegas.

Born and raised on Oahu, he graduated from Pearl City High School in 2014 before migrating to the desert to study journalism. In his college years, Blaze served as the managing editor for UNLV’s paper, the Free Press, and also played rugby, which is like football without pads or rules.

Six Feet Above: Where To Draw The Line On Sea Level Rise

A Proposed Native Hawaiian Commission Is Already Getting Pushback

Can Hawaii’s Elected Leaders Save The State From ‘Drowning?’

Get Ready For An Economic Slowdown, State Economist Says

‘Blast From The Past’: Why Hawaii Won’t Stop Setting Off Fireworks 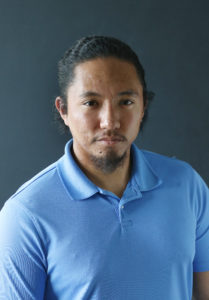