Caleb Hartsfield is a smile on a foggy mirror, a sand castle on the shoreline, a lit wick in the wind. He’s seen attack ships on fire off the shoulder of Orion, and watched C-beams glitter in the dark near the Tannhäuser Gate. Something something, tears in rain.

In reality, Caleb Hartsfield is an intern and cartoonist at Honolulu Civil Beat. He makes cartoons, otherwise known as comics, and sometimes known as graphic novels…honestly, he doesn’t know what to call them. As a cartoonist, he’s not concerned with presenting things at face value. He’d rather poke fun at it.

He could tell you his credentials. That he was born and raised in Hawaii, graduated from the University of Hawaii Manoa with a bachelor’s in art, and that during his time the comic editor for Ka Leo he was an award finalist for the Associated College Press.

But what’s the point of all this? It’s not much better than saying he likes long walks on the beach, pina coladas, and getting caught in the rain.

So if you want to know Caleb, don’t take this bio at face value; try to abstract from it a sense of him and feel free to poke fun at it. 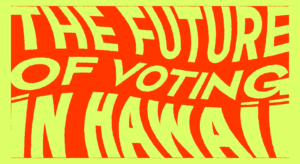 A guide to selfies, all-age rages and swiping left for aging pols. 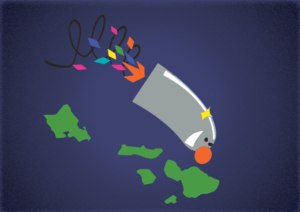 Moving past last year’s storm threats, an apocalyptic false alarm and true catastrophes on the Big Island and Kauai. 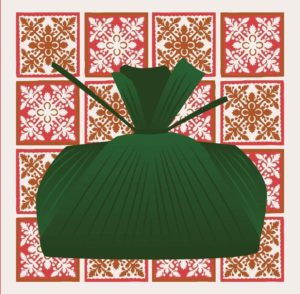 The holidays are a good time for lau lau, a well-loved Native Hawaiian dish of pork, meat or fish wrapped in taro or luau leaf. Enjoy the season! 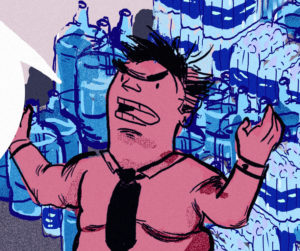 The Two Faces Of Lane

An offshore hurricane-turned-tropical storm deluged parts of Hawaii but left most people prepared for a disaster that never came. 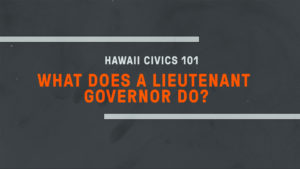 The lieutenant governor is the second highest position in the Aloha State. But what does the LG do?

Some People, Unfortunately, Only Want the Good Stuff

A list of requests from Kauai flood victims includes some staples — and some things you wouldn’t normally associate with a disaster. 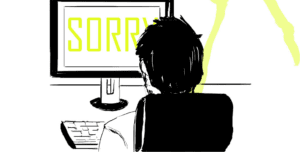 The Long Vacation: Roots Are A Funny Thing

Our transplanted cartoonist is finding he’s finally settling in. 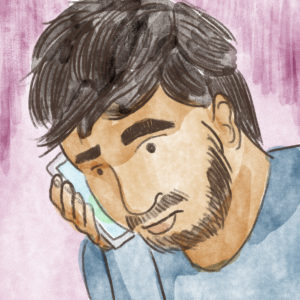 By Caleb Hartsfield / January 19, 2018
Trying to make sense of last Saturday's chaos in the islands from 2,500 miles away. 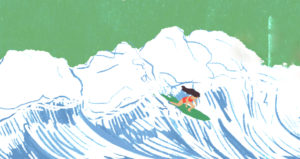 Hoping Your Holidays Are Swell

Our roving artist sends a postcard from his temporary home in Southern California, where he is swept up in a wave of good cheer. 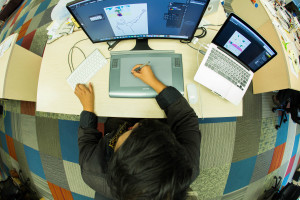