A local journalist covering the criminal trial of Louis and Katherine Kealoha says the law enforcement couple wants to keep her out of the courtroom to retaliate against her for critical news coverage.

Lynn Kawano, who’s the chief investigative reporter at Hawaii News Now, was named as a witness in the case, which focuses on allegations the retired police chief and his wife, a former city prosecutor, aided by several Honolulu police officers, framed a family member for the theft of their mailbox.

Under federal rules any witness can be excluded from the courtroom until it is their turn to testify. For Kawano that could mean she wouldn’t be able to cover the trial from inside the courtroom. 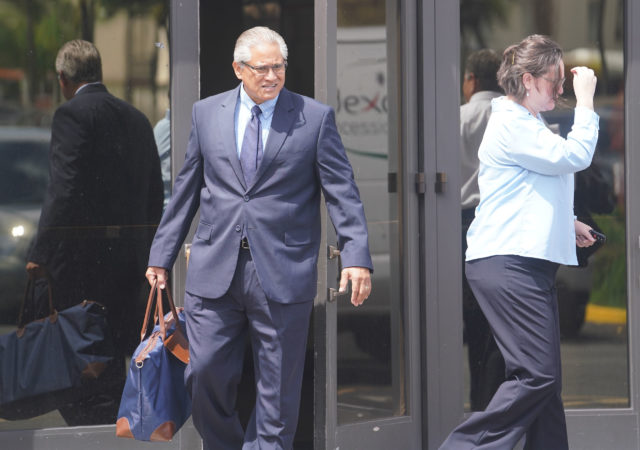 Hawaii News Now filed a legal challenge this week asking U.S. District Court Judge J. Michael Seabright to remove Kawano’s name from the witness list, saying blocking her from the courtroom is “not only fundamentally unfair — it would also violate her constitutional right to free speech.”

“Although Kawano has no idea why her testimony is necessary, she does have an idea as to why she is on the List,” Hawaii News Now’s attorneys Bruce Voss and David Major wrote in a legal brief.

“HNN and Kawano understand that the Court’s standard is to exclude from the trial any witness on the List until that witness is called to testify.

“As such, any defendant who resents HNN’s coverage and who seeks to prevent Kawano from attending and reporting upon the trial can achieve this objective merely by putting her on the List — even if the defendant has no plan to call her as a witness.”

The more pressing issue is whether the court can block Kawano from attending proceedings under the First Amendment, which generally allows access to the criminal justice system for the press.

“If this Court prohibits Kawano from attending trial simply because her name inexplicably appears on a witness list along with nearly 150 other names, the Kealohas will have made a successful end run on two of the most sacrosanct First Amendment principles,” the lawyers said.

“They will be excluding a journalist from a criminal trial and they will be effectively gagging that journalist — with this Court’s help — from telling the public what transpires during trial.”

A hearing on the motion has been set for Thursday.

Kagiwada told Civil Beat she couldn’t talk about the specifics, but said she will lay out her argument in the filing.

Louis Kealoha’s defense lawyer, Rustam Barbee, also said he couldn’t get into specifics, but he did say that Kawano’s role in the case goes beyond her reporting on the circumstances. 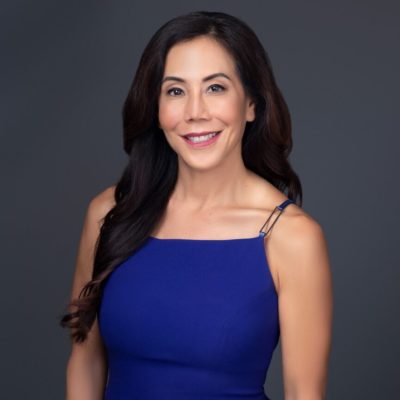 According to the Kealohas’ exhibit list for trial, they want to introduce FBI documents involving emails sent by Kawano and a letter that a Honolulu police officer sent to special prosecutor Michael Wheat that includes screenshots of Kawano’s text messages.

“It’s my sense that there’s a legitimate reason for Lynn Kawano to be on the witness list,” Barbee said, “and it has nothing to do with her being a journalist.”

He said any insinuation that the Kealohas were somehow targeting Kawano because of her news coverage of the case is “not accurate.”

Major said he did not want to comment before the Thursday hearing.

So far, federal prosecutors and three other defendants in the case — Minh-Hung “Bobby” Nguyen, Derek Hahn and Gordon Shiraishi — have filed paperwork saying they have no objection to removing her from the list.

All three men are current or former Honolulu police officers who are accused of helping the Kealohas carry out or cover-up the alleged framing of Katherine Kealoha’s uncle.

Federal prosecutors also said in court filings that the government did not have Kawano on their witness list and that they were “unaware of any relevant testimony she could provide at trial.”

Kawano has been one of the most dogged reporters covering the Kealoha case and has broken major stories over the course of the years-long federal investigation, which began in earnest in November 2015 with the appointment of a federal grand jury.

“I believe I am one of — if not the — most knowledgeable journalists in the State about this very complex case,” Kawano said in a declaration submitted to the court.

“If I am not able to be in the courtroom during the trial, HNN’s ability to accurately, thoroughly, and analytically report on the proceedings will be significantly hindered, to the detriment of not only the station but also its viewers.”

Kawano said she’s met “active resistance” in her efforts to report on the case, particularly from the Kealohas and their civil attorney.

“I believe that one or more of the defendants — in all likelihood the Kealohas — put my name on the list in retaliation for my extensive coverage for their alleged misconduct and in an attempt to prevent me from attending and reporting upon their criminal trial,” Kawano said.

Brett Oppegaard, an associate professor at the University of Hawaii School of Communications, said that anytime someone wants to put a journalist on the witness stand is cause of concern.

“This is a very dangerous road to go down in relation to the First Amendment,” Oppegaard said.

“When journalists get on the stand and they’re put under these kinds of constraints it not only prevents them from doing their job it also compromises the way they or their media organization can cover the case.”

He said sometimes attorneys will call a reporter as a witness as a way to subpoena their notes and smoke out their sources.

“They want to get to your sources, they want to look at your notes and they want to, basically, punish the people who told you the information, and these are just some of the threats involved with putting journalists on the witness stand,” Oppegaard said.

“I think it’s often a strategy to try to stain or disparage media coverage and try to put the journalist on trial rather than the person who’s actually accused of the crime. It’s a diversionary tactic.”

Hawaii’s Fiscal Picture Is Looking Up. So Why Do Lawmakers Still Want To Raise Taxes?