Kealoha Trial: 'That's Not The Way That Mailbox Should Come Off'

Silvert took the witness stand in the criminal trial of Louis and Katherine Kealoha to testify about how he uncovered what he believes was a wide-ranging police conspiracy to frame his former client, Gerard Puana, for the alleged theft of the couple’s mailbox in 2013.

At the time, Louis Kealoha was Honolulu’s police chief and Katherine was a high-ranking city prosecutor who was being sued by Puana, her uncle, for allegedly stealing hundreds of thousands of dollars from him and his mother years before. 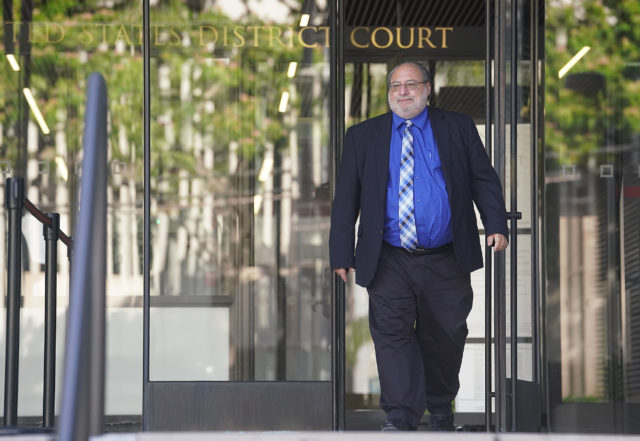 That lawsuit was the motive, according to Silvert and federal prosecutors, that led to Puana’s eventual arrest and prosecution for stealing the Kealohas’ mailbox.

Over the course of more than two hours of testimony, Assistant U.S. Attorney Michael Wheat asked Silvert to explain why he became suspicious about the arrest and those who executed it.

Much of the doubt, Silvert said, hinged on a video of the actual theft. The man taking the mailbox didn’t look like his client and the mailbox itself seemed to come apart with hardly any effort.

“The mailbox looked extremely loose — and I’m talking about the box — you could move it, you could shake it and the way it came off was very easy,” Silvert said.

“That’s not the way that mailbox should come off.”

Silvert’s testimony on behalf of the prosecution was among the most anticipated in the early stages of the mailbox trial.

A number of observers — including local lawyers and law students — came to the courtroom to hear Silvert recount his experiences defending Puana and uncovering the alleged frame job with the help of his investigators in the Federal Public Defender’s office.

Silvert has told the tale many times, but never with the stakes as high as they were Friday.

Silvert smiled occasionally as he stitched together the minor details of the case, the altered police reports and discrepancies in timelines, that led him to what could be one of the largest public corruption scandals in Hawaii history.

He discussed the mailbox itself and how Katherine Kealoha seemed to lie about the brand and its cost so that she could inflate the charges against her uncle to a felony instead of a misdemeanor.

He talked about how he met with an engineer from the company that manufactured the mailbox to find out if it was even possible to disassemble it in the manner it came apart in the surveillance video from the Kealohas’ house.

And he recalled wondering why it was that the HPD and the federal prosecutors who initially charged Puana kept telling him they didn’t have any more surveillance video of the mailbox in the days and hours leading up to its disappearance.

All they gave him, he said, was a single hour of tape, nothing more that might show whether the mailbox itself might have been set up to get taken. 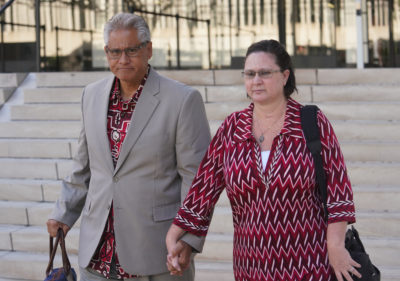 Louis and Katherine Kealoha are on trial for framing Katherine’s uncle for the theft of their mailbox.

Silvert also discussed other evidence that convinced him his client was telling the truth when he said he was set up.

The HPD reports said no one identified Puana as a suspect in the June 21, 2013, alleged theft until Katherine Kealoha told a homicide detective June 29 that the guy in the video looked like her uncle, but Silvert said his client had taken photos of HPD officers following him before then.

“Why was that important to you?” Wheat asked.

“Well, if he was being followed and surveilled in the days before he was ever identified as a suspect something’s going on,” Silvert said.

He also answered questions about Puana’s criminal trial, which was dismissed after improper testimony from Louis Kealoha.

Silvert made a brief statement to the media after his testimony Friday, saying he didn’t want to go into specifics of the case.

He mostly limited his comments to his role as a witness, something that was unusual for Silvert, who almost always plays the role of litigator.

“It’s been a long time for me and Mr. Puana to be able to finally get some say in court, so today was that day,” Silvert said. “It was very educational and, for me, very interesting. I’m glad on behalf of Mr. Puana that I got to tell some of his story.”

Earlier in the day the prosecutors called FBI agent Edwin Nam to testify about the cell phone locations of Officer Derek Hahn, one of the defendants, and Puana in the hours before and after the alleged mailbox theft.

The records, based on geographic data collected from cell phone towers, showed that around 6 p.m. on the night the Kealohas’ mailbox was allegedly stolen in Kahala, Puana’s cell phone was in his neighborhood on Wilhelmina Rise. 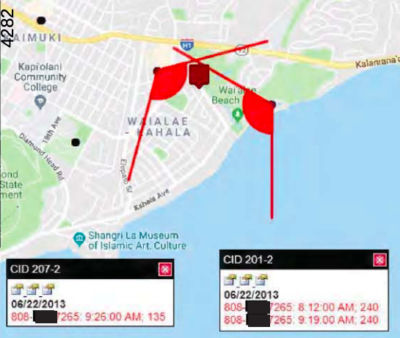 FBI Agent Edwin Nam said the red angles show that Derek Hahn was near the Kealohas’ house the morning after their mailbox was allegedly stolen.

According to the surveillance video from the night of the theft, the Kealohas’ mailbox was taken around 11:30 p.m.

Nam testified that the data he reviewed showed that Hahn’s cell phone was in an area near the Kealohas’ home the morning after the theft, something that was never reflected in police reports about the incident.

Nam also testified about Puana’s cell phone location on the day of the mailbox theft and shortly thereafter.

The defense attorneys for the Kealohas and other defendants jumped on the wide discrepancy in times, noting that Puana could have traveled anywhere during the intervening hours.

“It’s not telling you anything about whether or not he took the Kealohas’ mailbox, right?” Nguyen’s defense lawyer Randy Hironaka asked.

The trial is scheduled to resume Monday morning.

Wheat told the judge he has another 20 witnesses to call, but that he could wrap up the government’s case as soon as next Friday.

Studies have shown that when local journalism disappears, government financing costs go up, fewer people run for public office, elected officials become less responsive to their constituents, and voter turnout decreases. Our small nonprofit newsroom works hard every day to present local news in a deep and transparent way, without fear or favor. We also rely on donations from readers like you to keep us afloat. The more support we receive; the stronger, more sustainable our journalism becomes; the more accountable we are to you. Please consider supporting our Honolulu Civil Beat with a tax-deductible gift.

Learn About, Teach About And Confront Racism