Now that former Honolulu Police Chief Louis Kealoha is a convicted felon, his former employer wants its money back.

In January 2017, the Honolulu Police Commission approved a deal to pay Kealoha $250,000 to retire as police chief of one of the nation’s largest departments after he was named a criminal suspect in a wide-ranging U.S. Justice Department corruption probe.

That deal, which was negotiated in secret, included a provision that if Kealoha was convicted of a felony within six years he would be forced to return the cash. 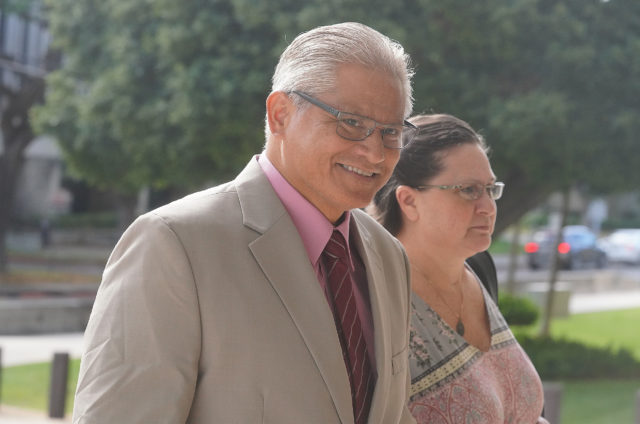 Last week, Kealoha and his wife, former city prosecutor Katherine Kealoha, were found guilty along with two Honolulu police officers of framing her uncle, Gerard Puana, for the theft of their mailbox in 2013.

That conviction now allows the city to claw back the $250,000, something Honolulu Mayor Kirk Caldwell’s spokesman Andrew Pereira says is already in the works.

The only problem is the agreement states Kealoha doesn’t have to actually pay back that money until he’s exhausted all his appeal options, a process that can take years.

He also faces another criminal trial in October for a series of financial crimes, including bank fraud.

“No one should be holding their breath,” Honolulu Police Commission Chairwoman Loretta Sheehan said. “However, with perseverance, we should be able to get the money back.”

Sheehan, a former federal prosecutor, was the only police commissioner to vote against paying Kealoha $250,000 to leave the Honolulu Police Department.

She felt that the commission instead should have begun termination proceedings based on Kealoha’s record as police chief.

Kealoha’s defense lawyer Rustam Barbee said he has yet to make a decision on whether his client, who’s scheduled for sentencing in October, will appeal his conviction.

“It’s premature at this point,” Barbee said. “We have these two bigger fires to deal with, and that’s the second trial and the sentencing. So the issue of an appeal is kind of in the third position right now.” 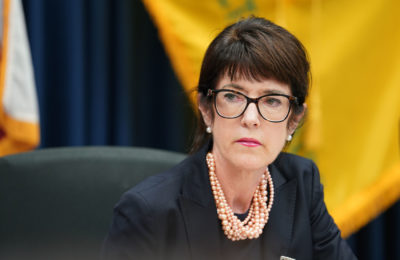 Honolulu Police Commission Chairwoman Loretta Sheehan is hopeful the city can reclaim the $250,000 it paid out to Louis Kealoha.

There’s a question of whether Kealoha will have the money to pay back HPD should his conviction stand.

A judge appointed Barbee as Kealoha’s publicly-funded defense lawyer in his criminal trial after Kealoha argued he was too broke to afford his own attorney.

Kevin Sumida, a private attorney who once represented Kealoha and his wife, told the court the couple owes him upwards of $500,000 in legal fees. Sumida has tried putting a lien on the Kealohas’ Hawaii Kai home in an attempt to recoup his costs.

Sumida did not respond to a Civil Beat request for comment.

If the city can’t get Kealoha to pay back the $250,000 he owes up front there’s a possibility it could garnish his pension. After 33 years with HPD, Kealoha receives an estimated $150,000 a year in pension payments plus other benefits.

Still, not everyone is confident HPD will ever collect on Kealoha, especially if he declares bankruptcy.

“The city and county taxpayers are never going to see that money come back,” said Alexander Silvert, the federal defender who represented Puana when he was charged with stealing Kealoha’s mailbox.

“Unfortunately, I think the people in the know here knew that the very moment the agreement was reached, and I think that is the question we really should be looking at. Why enter into an agreement if you think it’s never going to get paid back?”

He pointed out that the $250,000 deal — which was negotiated in secret by former Honolulu Police Commissioner Max Sword and Honolulu Mayor Kirk Caldwell’s top civil lawyer, Corporation Counsel Donna Leong — is now the subject of the DOJ’s criminal investigation.

Leong received a target letter in January indicating federal authorities have substantial evidence linking her to a crime. Leong is now on paid leave from the city.

There’s also a question about whether the Honolulu Police Commission violated the state’s open meetings law when it cut the deal with Kealoha.

Last week, the Hawaii Supreme Court ordered a judge to review the commission’s secret meetings. If there was a violation of the state’s sunshine law that could nullify the commission’s vote to pay Kealoha the $250,000.

Sheehan said if that happens it could allow the commission to force Kealoha to immediately pay back the money rather than wait for the appeals process to play out.

She added that she doesn’t have the sense the commission, as it’s made up today, would simply ratify its previous vote.

“We’re in a very different posture now,” Sheehan said. “I don’t think that there would be a payout again.”

Hawaii’s Fiscal Picture Is Looking Up. So Why Do Lawmakers Still Want To Raise Taxes?