More roads and lanes are simply not the solution to ever-increasing traffic woes. 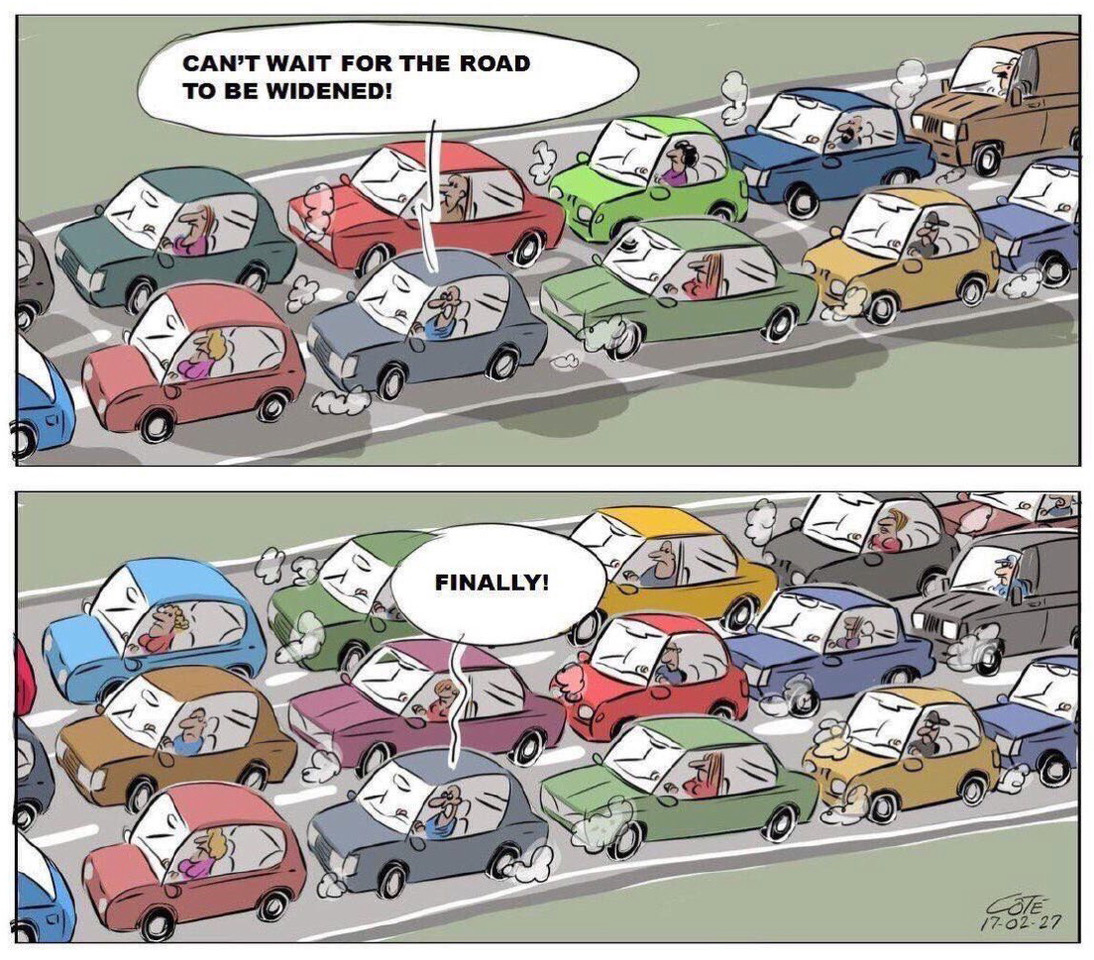 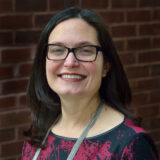 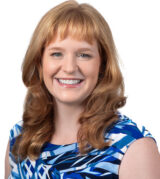 If you ask the average person how to solve traffic congestion, a large majority would say widen the roads and add more lanes.

This response seems intuitive, but it’s misguided. That’s because of “induced demand” — a phenomenon when the supply of a good increases, more of that same good is consumed — ultimately leading to greater use of our roadways.

Yet we’ve all seen it happen — widen a road, and new traffic materializes to fill it right back up. In fact, a recent academic study from California State University showed that every 1% increase in road capacity guarantees a 1% increase in vehicle miles traveled.

Hawaii’s strategy for solving traffic congestion fits the definition of insanity. Recent mandated work-from-home scenarios aside, the state has been doing the same thing over and over again for decades while expecting a different result.

Hawaii’s residents and elected leaders have been conned to believe that more roads and lanes are the solution to ever-increasing traffic congestion. And it’s been incredibly expensive.

Every year, local media report how bad congestion is on Oahu. The average Oahu driver spends 64 hours in congestion each year, according to the Texas A&M Transportation Institute’s 2019 Urban Mobility Report. Unfortunately, the state has been spending vast sums of money on a strategy that promises relief, but only makes it worse.

As American historian and philosopher of technology Lewis Mumford bluntly put it, “Building more roads to prevent congestion is like a fat man loosening his belt to prevent obesity.”

That’s precisely what Hawaii has done. Between 1993 and 2017, Honolulu’s population increased by 23% while lane-miles increased by 8%. Congestion, however, spiked by a disproportionate 166%.

Perhaps Hawaii just didn’t build enough new road capacity to keep up with population growth? Scores of other metro areas tried that particular strategy, and they failed as well. Adding more lanes faster than population also fails to reduce congestion, as shown in The Congestion Con, a report released by Transportation for America earlier this year.

Between 1993 and 2017, the nation’s 100 largest urbanized areas added 30,511 new freeway lane-miles in these areas, an increase of 42% — which is greater than the 32% growth in population in those regions over the same time period. Still, delay and congestion exploded by 144%.

At The Expense Of Basic Repair

All of this new roadway capacity is coming at the expense of basic repair, which poll after poll shows is where most voters want transportation agencies to focus their resources.

In 2017, 42% of Hawaii’s roads were in poor condition — only California and Rhode Island had a larger share in poor condition. Nevertheless, Hawaii still spent more on expanding roads than repairing existing ones: $86 million per year on average spent on road expansion between 2009 and 2014 versus $82 million spent on road repair each year on average.

Each new road is more properly considered a liability, not an asset. Every time Hawaii chooses to neglect a repair project in favor of building a new road or widening an existing one, Hawaii increases the amount of funding required to maintain the system.

Every new road brings decades of maintenance costs that are almost never accounted for. According to Federal Highway Administration data and Transportation for America’s analysis, it costs about $24,000 per lane-mile per year to keep a good road in “good” condition. (Those costs are likely higher in Hawaii).

These enormous “investments” might have been worth it if congestion were being reduced. But that’s the con — it isn’t.

In fact, in all 100 regions, not one region saw its congestion go down or even hold steady. This remains true across all population scenarios, whether population increased faster, slower, declined, or at the same pace. It didn’t matter — they all had increases in congestion.

Transportation for America isn’t the only one reporting this kind of data. Take the Hawaii Department of Transportation’s word for it. Hawaii’s current Fiscal Biennium 2019-2021 Operating and Capital Budget forecasts an 11% increase in vehicle miles traveled by 2024. The department is essentially saying that if we implement its program, more people will drive more. Given Hawaii’s climate commitments, this is a step in the wrong direction.

So what does address congestion and delay?

As the state looks ahead and identifies short- and long-term recovery spending, we would be wise to consider the following:

It’s time for Hawaii to stop spending money it doesn’t have to build roads that it doesn’t need, while failing to provide the core function of getting people to jobs and services each day by any mode necessary. It’s time to stop falling for the congestion con. 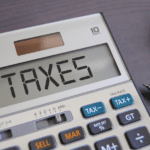 DOT doesn't consider walking and biking as forms of transportation (as stated by their director a few years back). They build larger and more dangerous roadways that exclude active transportation options, and spend vast sums of money on dangerous freeway-like roads that divide our communities. They have no concept of design-speed and the use of green infrastructure to create safer and more more pleasant roadway conditions, and the fact that most highway congestion is not due to the number of lanes, but the function of the intersections. Roundabouts solve many roadway congestion and safety problems,  yet they are hardly ever utilized. DOT needs to be accountable to communities, putting their road projects through a public input and review process, so that communities have a say as to the design of roadways that pass through their area.

Today and in the past the traffic issue has been directly tied to the schools drop off and pick up including UH.  No one will address this issue and that will be the failure of the rail as many believe the rail is going to be used by someone else so they have open roads to drop off and pick up their students. Never going to happen.

Rail will not solve the congestion on Oahu. Unfortunately, we have to spend the billions and wait another decade before we can be "surprised" by this outcome.