Why Militaries Should Play Games With Each Other - Honolulu Civil Beat

Why Militaries Should Play Games With Each Other 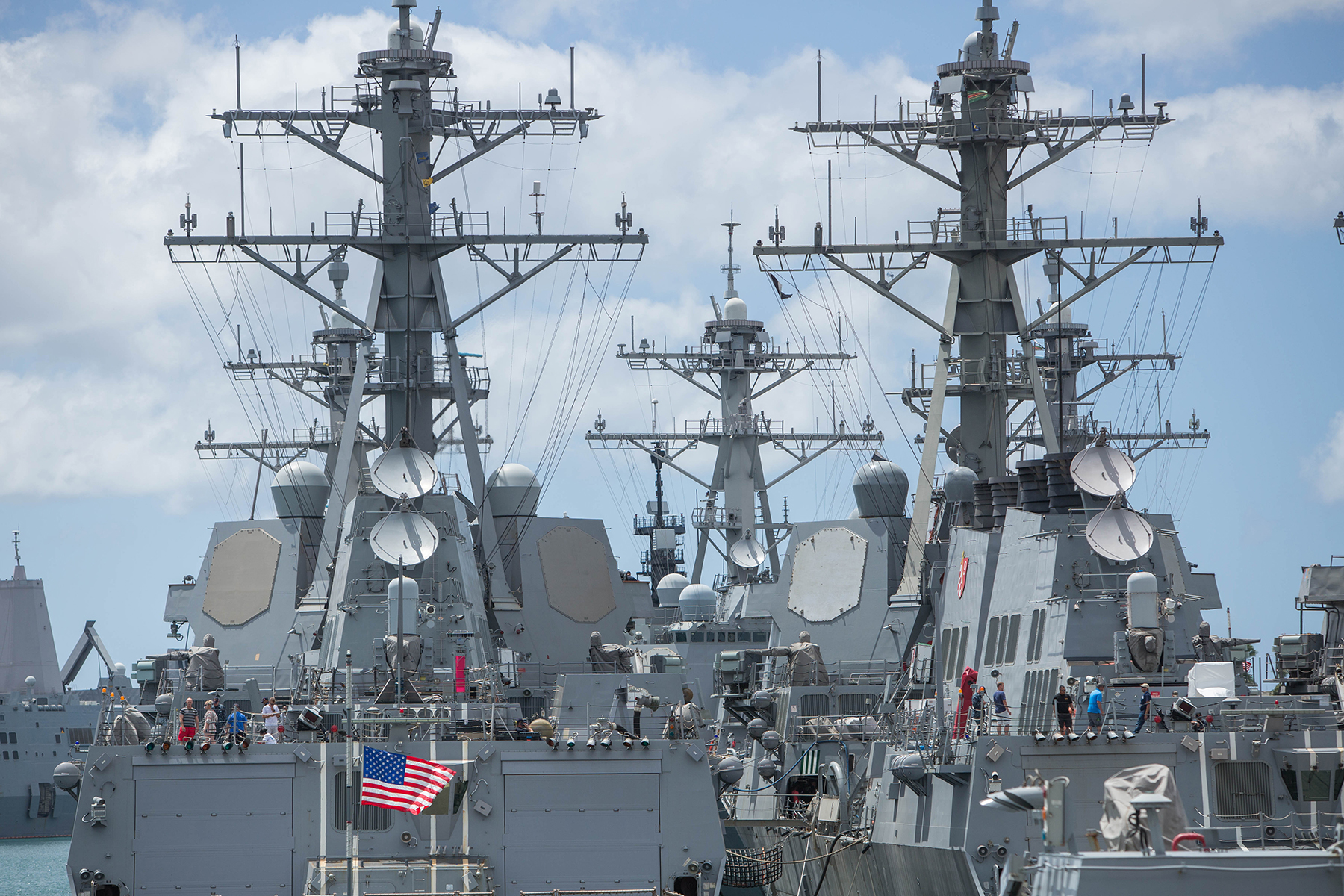 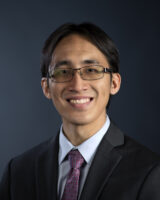 Jonathan Cham is a policy analyst at the non-profit, non-partisan RAND Corporation, where he focuses on Indo-Pacific security and regional partnerships. Prior to RAND, Cham worked at the Daniel K. Inouye Asia-Pacific Center for Security Studies and the Hawaii State Legislature. He holds an M.A. in international studies from Claremont Graduate University and a B.A. in political science from the University of Hawaii. 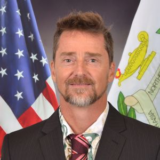 Deon Canyon is a professor at the Daniel K. Inouye Asia-Pacific Center for Security Studies, where he focuses on crisis management, security in Oceania, and wargaming. His transnational security war games involve fast-paced decision-making in geopolitically-charged, crisis-laden environments. Previously, Canyon held positions at the University of Hawaii, Curtin University and James Cook University. Canyon is a Fellow of the Australasian College of Tropical Medicine.

In 2018, a group of senior officers gathered in an air-conditioned hall in Waikiki to discuss the two simultaneous explosions that had just rocked the hulls of U.S. and Chinese vessels as they passed bows on their way through the Singapore Strait. Later details would link the incident to pirate activity.

However, with news still breaking, it was easy to suspect an unprovoked attack.

A few participants looked visibly anxious as the group collaborated to produce an initial response, with some breaking off to draft press statements for the worried public.

Fortunately, there were two silver linings to bolster an otherwise unfortunate day.

First, the people in that room were generals, admirals, and civilian officials from over 20 countries in the Indo-Pacific, with each bringing invaluable experience and perspective to manage what was clearly an evolving international crisis. Men and women from countries large and small spoke up to voice their concerns and offer tentative solutions to the crisis.

Second, and perhaps more importantly, the incident itself was fictional; it was part of a scenario-based exercise hosted by the Daniel K. Inouye Asia-Pacific Center for Security Studies as part of its program on Transnational Security Cooperation Games.

Recently, there has been new attention to multinational exercises hosted in Hawaii by the U.S. military — and with good reason. Military activity has often come with environmental concerns and costs, ranging from depleted uranium shells on Pohakuloa Training Area on the island of Hawaii to the bombing of Kahoolawe that made its water table unusable for decades.

Now, with rising rates of COVID-19 and vulnerable populations at risk, Hawaii’s people are understandably nervous about the upcoming Rim of the Pacific exercise scheduled for this month.

One group in particular, the Cancel RIMPAC Coalition, has gathered over 12,000 signatures in protest of the exercise. As the petition on DIY Roots Action states, “The international naval war practice in Hawaiian waters is provocative in regional affairs and with the COVID19 virus, military personnel from 20-plus countries arriving in Hawaii will endanger citizens of the isolated island state of Hawaii.”

We believe that there are real concerns regarding the spread of COVID-19, and the Department of Defense should do its utmost to limit the exposure of Hawaii’s residents to any associated health risks. The U.S. Navy has responded in part to these concerns by making RIMPAC an at-sea-only event.

However, with regards to whether RIMPAC will harm regional affairs, we would like to offer additional perspective. International exercises (in their best form) can increase communication and collaboration, as well as cultural understanding, among militaries that may otherwise have no opportunity for this level of engagement.

Moreover, war games themselves offer opportunities for militaries to think critically about future crises (exactly like COVID-19) that may impact the world in the near-, medium-, and long-term future.

International exercises are designed to test the implementation of common operating platforms, build common understandings, and share knowledge between militaries.

For example, in the 2016 Exercise Balikatan, the Hawaii National Guard aided the Armed Forces of the Philippines in learning new search-and-rescue techniques.

Recounting his experience, Sgt. 1st Class, Jason Kaaiakamanu said, “Our role here is to show them [the AFP] our techniques and procedures as far as what we do for search and extraction. Along those lines, we know that they have a lot more natural disasters where they can use those techniques more than we do in Hawaii.”

As a capstone exercise, service members were challenged to solve a realistic disaster scenario with the lessons they had learned throughout the week. RIMPAC, too, contains a significant focus on disaster relief, which is essential as the hurricane season is forecasted to be intense this year.

Of course, while humanitarian work is generally agreeable to most, there is no denying that military exercises teach sailors and soldiers to “fight future wars.”

Jon Letman, a frequent Civil Beat commentator, made this point back in 2014. Indeed, previous iterations of RIMPAC have helped develop the DoD’s new concept of “multi-domain battle,” which sets the framework for U.S. operations in any future conflict with China or Russia.

For those concerned that RIMPAC may provoke our Indo-Pacific neighbors, it is worth remembering what a broad, multinational exercise communicates to the region. The U.S. can and frequently does exercise by itself.

However, when the U.S. coordinates its efforts with 25 other nations, it signals a commitment to work with and support the interests of those neighbors.

Finally, let’s return to the war game that began this article. While this game existed independent from the exercises in RIMPAC, it highlights key ways in which all scenario-based games and exercises can bring military leaders from around the region into one room to confront issues that impact everyone.

By confronting hypothetical scenarios in a simulated environment, participants interact with other players, test strategies or capabilities, and form valuable insights to better prepare themselves for when a real crisis hits. At their best, these games elicit voices from diverse backgrounds to tackle complex, interwoven problems.

The U.S. can and frequently does exercise by itself.

Outcomes become more interesting when players are made to confront the full human cost of various crises, when they take initiative to introduce new black swan events, and when they are forced to manage the consequences of their actions.

We recognize that the risks of COVID-19 are very real, and any reasonable measures to mitigate these risks must be considered. This could mean changing the size, frequency, or location of engagements. It could mean developing innovative ways to host these exercises online.

However, COVID-19 cannot be a blanket check on international engagement by our military. The word “Balikatan,” for which the war game exercise mentioned above is named, means “shoulder-to-shoulder” in Tagalog.

In this spirit, we support opportunities for our military members to stand shoulder-to-(6-feet-apart)-shoulder with their international peers, to confront real issues, and to learn how to collaborate.

After all, with the effects of COVID-19 expected to last for decades, the forward thinking found in games may be exactly what we need.

Editor’ note: The views expressed in this article are those of the authors and do not necessarily reflect the official policy or position of the Daniel K. Inouye Asia Pacific Center for Security Studies, the RAND Corporation, the Department of Defense, or the U.S. government. 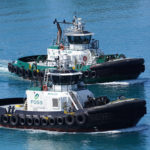 A Mariner Defends The Jones Act

Jonathan Cham is a policy analyst at the non-profit, non-partisan RAND Corporation, where he focuses on Indo-Pacific security and regional partnerships. Prior to RAND, Cham worked at the Daniel K. Inouye Asia-Pacific Center for Security Studies and the Hawaii State Legislature. He holds an M.A. in international studies from Claremont Graduate University and a B.A. in political science from the University of Hawaii.

Deon Canyon is a professor at the Daniel K. Inouye Asia-Pacific Center for Security Studies, where he focuses on crisis management, security in Oceania, and wargaming. His transnational security war games involve fast-paced decision-making in geopolitically-charged, crisis-laden environments. Previously, Canyon held positions at the University of Hawaii, Curtin University and James Cook University. Canyon is a Fellow of the Australasian College of Tropical Medicine.

Here is an idea: spend the military industrial complexes of over 60% of our national budget on education, healthcare and infrastructure instead of on meaningless war mind games. Just a thought, oh I forgot, we are not supposed to think.

RIMPAC perpetuates our war culture.  We need a military but these practices are extremely harmful to our marine environment.  Having other countries participate adds to environmental harm.  Just a few short years ago China participated with us in RIMPAC while they were in the middle of ruining the ocean environment and reefs in the South China Sea by building their islands for military bases.  Of course with China's man made islands and new bases, they now claim the South China Sea as their own and insist that we stay out of it.  So the claim that RIMPAC is good for sharing knowledge between militaries and supports the interests of those "neighbors" I say poppycock.

A great way to avoid war is to maintain a strong military deterrence.  Bullies go after the weak, not the strong.  And Cham hits the mark in his support of exercises that incorporate the weak with the strong instead of exploiting them.With the aggressive despotic People's Republic of China bullying India, Hong Kong, Taiwan, the southeast Asian countries, etc, now is the time to show unity and strength against tyrants. Otherwise we'll find ourselves back in a 1939 situation.