Traffic Got A Lot Better In The Pandemic. Here's How We Can Make That Permanent - Honolulu Civil Beat

Traffic Got A Lot Better In The Pandemic. Here's How We Can Make That Permanent

Honolulu can increase the efficiency of its roads in all kinds of ways. 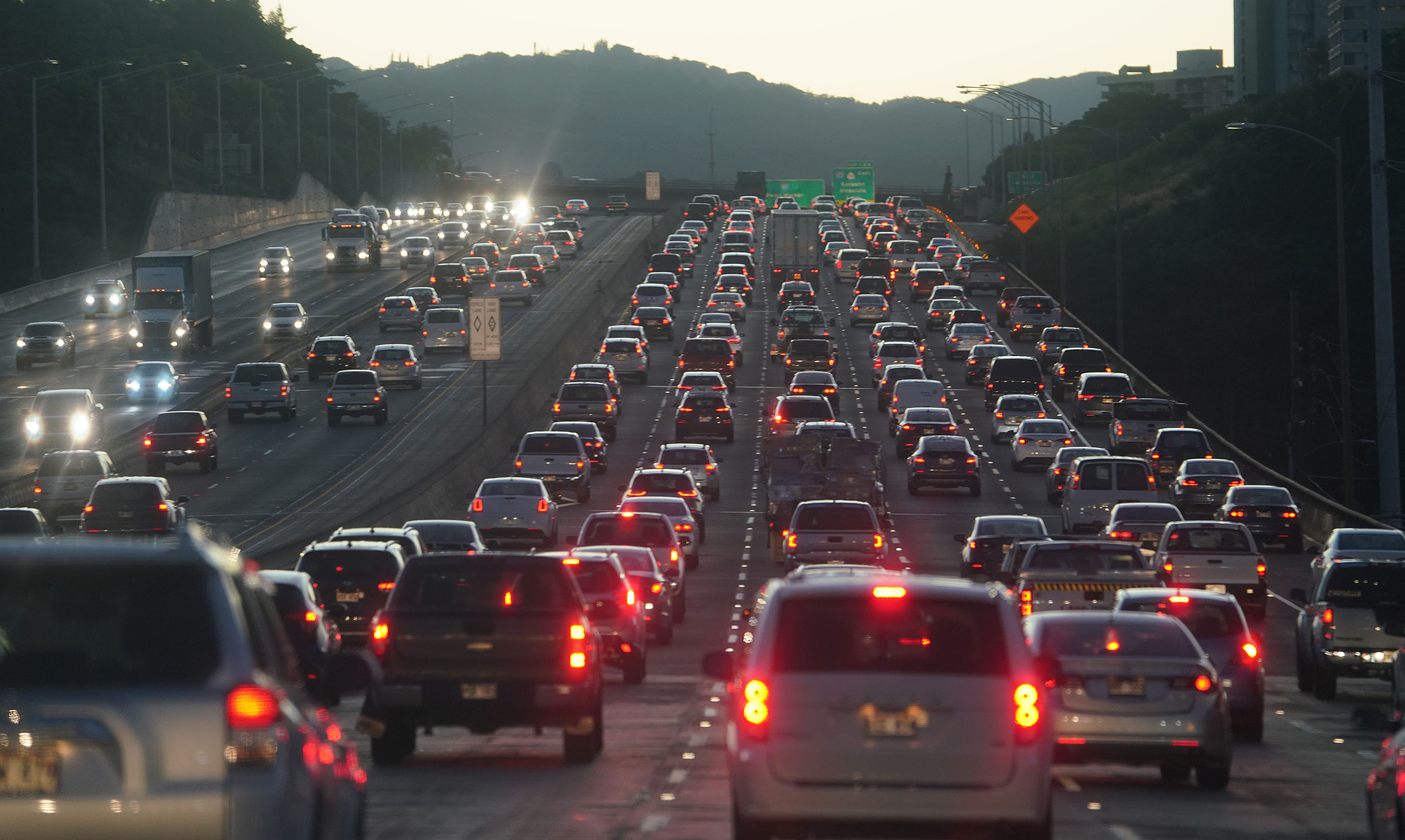 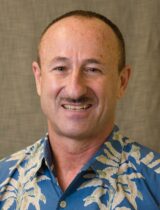 Sumner La Croix is an emeritus professor at the UH Manoa Economics Department and a research fellow at the UH Economic Research Organization. 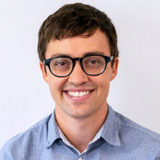 Justin Tyndall is an assistant professor of economics at UHERO. His research focuses on issues facing cities, particularly transportation and housing.

The COVID-19 pandemic imposed enormous costs on Honolulu’s population. Many businesses and schools closed their doors, the tourism industry ground to a halt, unemployment rose to record levels and … traffic declined to levels never before seen by even the longest-lived Honolulu resident.

Many marveled at how easy it was to get around the city. Of course, the light traffic was a by-product of lockdowns and mobility restrictions, but it did raise an important question: Was it really necessary to go back to the jam-packed roads of 2019?

Perhaps there were sensible ways to keep traffic at lower levels? If there were, state and city policymakers and bureaucrats seemed too preoccupied to think about them.

And now: The traffic is slowly returning. That’s because people have decided to venture out more to restaurants, gyms, social gatherings and workplaces. The good news is that traffic is still about 20% below 2019 heights.

Traffic returning is generally a good sign, reflecting more people being vaccinated and residents deciding they can engage in more activities in person.

But there is no reason for traffic to return to pre-pandemic levels. Voluntary actions, simple government programs and direct government intervention all have a role to play.

This graph, created from data collected across the entire state of Hawaii, shows the dramatic decrease in traffic brought on by the pandemic — as well as the gradual increase we are all now witnessing. During normal times, residents pay a huge price for congestion. A recent report on traffic in Hawaii estimated the cost of congestion in the state to be $690 million annually. This cost is mainly paid through lost time and productivity from workers sitting in gridlock. Smarter policy could eliminate this cost and direct the savings to local workers.

At low levels of use, most major roads can handle additional cars without traffic slowing appreciably. But at some level of traffic, just a few additional cars can slow traffic dramatically, which imposes costly delays on other drivers. The result in Hawaii is bumper-to-bumper, slow-moving traffic during rush hours on the H-1 and H-2 highways and other major arteries.

Policies that keep those last few cars off the road during rush hour can generate big social benefits. Fortunately, policymakers have an abundance of options to accomplish this, policies that have already been tested and proven in other cities.

Rush Hour Tolls And Other Ideas

The most direct and efficient way to limit traffic would be to levy an electronically monitored toll on congested roads during rush hour. Properly calibrated tolls could make intense rush hour congestion a relic of the past. To allay concerns that tolls would amount to a new tax, revenue could be rebated directly to local residents and even directed preferentially to lower-income households to allay any concerns that tolls would be regressive.

Looking beyond tolls, policymakers face a menu of measures that could improve traffic. Investments in TheBus or cycling infrastructure would help to get some people out of their cars. Rideshare programs are already in place and have potential to be more broadly applied. Giving incentives to local businesses to allow staggered work hours or more remote work would reduce the demand for rush hour commuting.

Despite the large potential gains from these measures, state and local governments across the United States and in Hawaii have struggled to implement effective policies. For example, workers have resisted schemes to stagger office hours and commuting times due to reasonable concerns that staggered and perhaps unpredictable hours will complicate coordination of drop-off and pick-up times for their schoolchildren.

COVID-19 has shaken up this worldview. By forcing so many people to work from home and change their commuting behavior, the pandemic has changed how employers and employees view the costs and benefits of a central workplace and of gathering workers there for fixed hours, Monday to Friday.

Both employers and employees have realized that some (but not all) workers can be as productive at home as in the office, at least some of the time. This has opened the door for employers to offer some employees the option of working from home one or more days per week. Social gains result from these private bargains, as fewer commuters means less traffic.

The same analysis applies to staggered hours. Moving commuting from traditional rush hours to slightly later in the morning has the potential to decrease rush-hour commuting times without adding much additional inconvenience to people commuting mid-morning.

An alternative is to charge a congestion zone fee to drive within the downtown area or perhaps the downtown-to-Waikiki corridor.

Consider that University of Hawaii campuses might accomplish this by not starting most on-campus classes until 10 a.m. and offering more early morning on-line classes.

This is because of what is known as The Fundamental Law of Traffic Congestion: Once traffic lightens, people who found it too congested to drive to downtown Honolulu or Waikiki or Pearlridge Shopping Center will decide to make the trip. As more drivers take more trips, the roads are likely to once again become highly congested.

How To Move Forward

Is there a way out of this cycle, to reduce traffic to manageable levels permanently? Imposing a toll may be problematic due to federal regulations on tolling federally financed highways such as H-1 and H-2. An alternative is to charge a congestion zone fee to drive within the downtown area or perhaps the downtown-to-Waikiki corridor.

Fees to access congested areas have been widely studied and effectively used in other major cities, with London and Stockholm having perhaps the most effective applications. Administration has been smoothed in both cities by technology that monitors license plates entering the congestion zone.

The central Stockholm area is a group of islands, and this geography facilitates the collection of the congestion zone fee: It is charged, via bridges connecting islands, both when a car enters and leaves. The total daily fee varies by the time of entrance/exit and is capped at 135 krona ($16.20). The fee is not charged on public holidays, the day prior to the holiday or during July when most Stockholm residents are on holiday.

Cars driven within the central London congestion zone (an 8.1-square-mile area) pay a daily charge of £15 ($20.85) from 7 a.m. to 10 p.m. every day but Christmas. Billing is based on technology that recognizes license plate numbers and deducts payment from a bank account; or the congestion charge can be pre-paid via an app or website. Residents living in or near the zone receive a 90% discount on the congestion charge. After the charge was implemented, the volume of traffic fell about 9% within the zone and home values within the zone increased.

A congestion zone fee in central Honolulu has been discussed as a complementary policy when the Honolulu rapid transit project reaches downtown, to encourage commuters and day-trippers to use the train. But a well-designed congestion zone fee, set perhaps at $5 to $10 per day, can yield big benefits prior to the train’s arrival in the 2030s.

Perhaps the big lesson that we have learned from the pandemic is that we need to rethink the way that we approach certain activities. State and local government leaders have been heavily criticized because they did not take advantage of the downtime to implement better policies to control the costs imposed on the community by tourism.

While the same could be said for traffic, it’s not too late for us to plan for an island with less traffic. There’s no need to wait for the train for that goal to be realized. 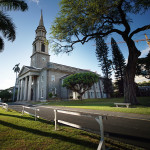 Sumner La Croix is an emeritus professor at the UH Manoa Economics Department and a research fellow at the UH Economic Research Organization.

Justin Tyndall is an assistant professor of economics at UHERO. His research focuses on issues facing cities, particularly transportation and housing.

Maintaining lessened traffic levels in Honolulu is going to be a challenge because most of us work far from our homes. I like the idea of employees working from home and think this might work to make decreased traffic permanent. I also agree that "just a few additional cars can slow traffic dramatically" and Iâll do my part not to be the driver of one of those "additional cars."

The pandemic and lock down brought traffic levels down drastically, so now itâs time to see what we can do to keep it that way. I agree with the authors that some of us should be given the chance to continue to work from home. I also agree with the implementation of toll roads for some of the busiest streets on Oahu. The question is what is going to happen to the minimum wage earners when they have to pay a toll every day just to get to work? What will the state do for those in that situation?

Congestion pricing should not be implemented until rail is completed, that is until such time that people who drive have an alternative or a viable option to not having to drive. Both London and Stockholm have well-developed and well used rail which allows for effective zone or congestion pricing.