Danny De Gracia: Let's Back Those Trying To Earn An Extra Buck Instead Of Blocking Them - Honolulu Civil Beat

Danny De Gracia: Let's Back Those Trying To Earn An Extra Buck Instead Of Blocking Them

Peer-to-peer car sharing is the latest example of lawmakers cracking down on something new that's not really a problem. 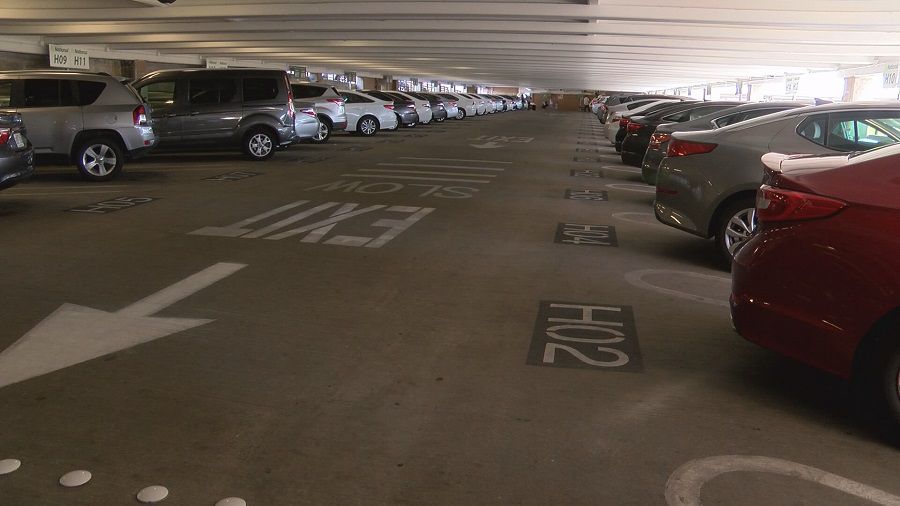 Making ends meet in Hawaii has never been easy, but like fresh sprouts of bright green clover growing in cracks of concrete, locals here will find any opportunity they can to break through and rise up. Yes, “lucky we live Hawaii” means hope springs eternal, even in a paradise lost.

Our nanny state local government and the small, yet restless coalitions of NIMBYs that enable them like to call unexpected opportunities “loopholes in the law.” Crab bucket syndrome in Hawaii goes beyond mere criticism of others; it means a systemic immune response against anyone finding a way around the rigged plantation that we all work, play and live in.

House Bill 1500, relating to peer-to-peer car sharing, is a perfect example of the ongoing crusade against local loopholes.

During the tourist surge of last year, the combination of large numbers of visitors to the islands along with decreased availability of rental vehicles resulted in a “carmageddon” where prices reached as high as $1,000 a day or more.

While Hawaii locals were in strict lockdown over the Covid-19 pandemic, their local leaders had pitched the Aloha State as the safest place in the world to visitors. A flood of wanderlusting visitors from around the world, seeking haven from Covid and release from the psychological pressures of a pandemic, descended upon Hawaii — and needed cars.

When tourists couldn’t find rental cars – many had been shipped to the mainland due to the lockdown – tech savvy local residents who weren’t using their own personal vehicles used apps to connect them with visitors and allowed unemployed and underemployed locals to make an unexpected haul of cash.

So many visitors came to Hawaii last year that the carrying capacity of our islands was greatly overburdened. Tourists clogged roads and even overran previously quiet residential districts, agitating communities.

You really can’t blame residents for being upset that their quiet neighborhoods were suddenly mobbed by visitors; forces outside of their control had made the islands the target of tourism. And you also can’t blame enterprising locals for helping tourists get access to vehicles to explore the islands, because people need to eat somehow and making money using whatever you have on hand isn’t a bad thing, it’s resourceful.

The problem is, rather than accepting the fact that our government created the crisis that resulted in both an abundance of tourists and a shortage of rental cars, there are some among us that want the Legislature to pull out the mighty ban-hammer and whack people trying to make an extra dollar.

I just don’t get it, personally. Whether it’s attacking peer-to-peer car sharing, demonizing vacation rentals, persecuting “monster home” builders, micromanaging crypto investors and more, Hawaii just doesn’t like it when people try to innovate, be resourceful, and make money by whatever means they can.

Hawaii is a palace economy where only the government, select industries that have the blessings of the government, and friends of the government who receive preferential treatment and funding from the government can prosper. Everyone else is a “loophole exploiter” who needs to shut up, put their head down, and go back to obscurity like the rest of us by working a dead-end service sector job for minimum wage.

Look, I know that Hawaii is a small place that’s starting to become uncomfortably overpopulated, and that in this cramped space, we are increasingly competing for scarce resources and the most valuable commodity of all, peace, is in short supply. But we don’t make our community better by shackling each other and by eliminating every opportunity that presents itself to our neighbors.

Innovation in America, historically, has always come from small businesses and cottage industries. Both big business and big government are barriers to economic success, not drivers of it. When we go after “loopholes” what we are really doing is blocking innovation, penalizing initiative, and relegating our neighbors to submit to economic bottlenecks.

It’s bad enough that we’re living in a 21st century version of a plantation here in Hawaii. I am not going to be a volunteer luna for the control freak government or the NIMBYs by persecuting people for finding unique ways to make extra money on the side.

And that’s a lesson the Legislature and all the county governments across this state need to learn: Hawaii needs to lighten up on the ban-hammer and learn to live and let live. The real problem is bad government creating market interferences that result in malinvestment and tragedies of the commons that inconvenience us.

It’s too easy to say, “I don’t like this; let’s introduce a law that makes it illegal, that’ll fix it!” We need to do better than just ban-hammer our way through this already difficult life in Hawaii.

I like what the late President John F. Kennedy once said: “Although a country may stand still, history never stands still. Thus, if we do not soon begin to move forward again, we will inevitably be left behind. And I know that Americans today are tired of standing still, and that we do not intend to be left behind. But effort and courage are not enough without purpose and direction, for as Socrates told us, ‘If a man does not know to what port he is sailing, no wind is favorable.’”

Hawaii needs to move forward again. Let’s celebrate those who rise up, not punish them. 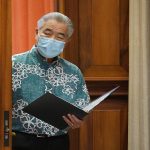 Denby Fawcett: Ige Needs To Speak To Our Hearts And Our Hopes

Nail on the head again Danny. It's not just government's interference with locals directly making money from tourism, but why infringe on our rights. Our right to rent a room or ADU to who I want and for how long. Right to rent out a car to someone, if I want. It is non of the government's business what I do with my private property, which I work very hard for if I'm paying all appropriate taxes. After all government's primary concern is the collection of taxes. Taxes that it misses from the giant underground construction trade same for most cash transactions in bars and retail. Protectionism for big political power/donors is another reason why politicians want to shut down home share platforms and 'turo. The hotel lobby, rental car companies and even ride share companies push to monopolize the industry and profits.

For those supporting HB1500 with the logic that a society needs government, as most agree, and a governments job is to regulate; HB1500 isn't regulation. Regulation is to "control or maintain the rate or speed of (a machine or process) so that it operates properly." HB1500 is an outright ban. An example of a regulation would be to limit the number of cars a person could list on a peer-to-peer sight, which I believe would be a reasonable compromise. Anyone who denies the influence of the rental car companies in this Bill is being dishonest. If the issue really was a concern about the number of cars parked on someone's street, I highly doubt they would ask the government to outright ban peer-to-peer car sharing. No, this is most definitely about competition for a valuable industry to the taxman and the campaign account.

Many digital platforms such as eBay, Amazon, VRBO, Air b&b, Uber, Turo , and, Craigslist start out as innovative, empowering platforms to facilitate beneficial peer to peer transactions. With the exception of Craigslist which is free and eBay that charges 10% to safely executetransactions many such as Uber, Amazon, Turo, Expedia, and Air B&b, morph into charging about 35% of transaction which squeezes any benefit to vendors and in the end raises prices to consumers. Travel agent commissions were 10% and were paid out of companies management fees. The fees of Air B&B and Expedia are add ons to the normal price and raise the price to the consumer and lower the percentage the host keeps. In the past many individuals were able to rent a safe spare car to visitors for under $200 a week. With Craigs listending car shares and the difficulty in getting commercial insuranceTuro steps in and now charges about 35% of transaction as does Uber and Amazon. A case can be made that as innovating and facilitating as these platforms can be to facilitate shopping at some point they need to be regulated as public utilities to limit the opportunity for predatory and monopolistic fees.