Ben Nishimoto is the Vice President of Operations and Philanthropy for Honolulu Civil Beat, responsible for executing revenue, engagement, and operating strategies for our small newsroom.

Prior to Civil Beat, Ben was the Vice President of Advancement at PBS Hawaii, where he played a leadership role in the station’s capital campaign while also overseeing annual fund strategies.

Born and raised in Aiea, Ben graduated from the University Laboratory School, a public charter school in Manoa. He majored in political science at Occidental College in Los Angeles, then came home to work for PBS Hawaii as a grant writer, helping establish HIKI NO, a statewide student news network.

An offer to help a nonprofit startup that wanted to bolster micro-savings programs for the poor took him back across the Pacific to San Francisco for a few years.

Wanting to come back home, Ben enrolled at the Richardson School of Law at the University of Hawaii. He quickly became a law school dropout after realizing that he never wanted to become an attorney, and found his way back to nonprofit fundraising work.

Ben believes strongly that journalism can thrive as a public good supported by people and communities who value information without agenda or bias. A news junkie, Ben is thrilled to work in a newsroom and among journalists dedicated to making Hawaii — his home — a better place to live.

He can be reached at bnishimoto@civilbeat.org or 808.738.6609. You can also find him on twitter @Ben_Nishimoto. 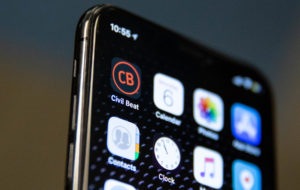 It’s sleek, simple to use and ripe for the downloading. 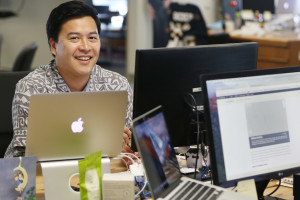