Brittany Lyte is a general assignment reporter for Civil Beat who specializes in watchdog reporting, narrative storytelling and coverage of neighbor island and social issues. Prior to joining the Honolulu newsroom in March 2018, Brittany lived on the north shore of Kaua’i, where she juggled a freelance writing career while learning to surf, scuba dive, hunt wild pigs, prepare delicious ulu pancakes and perfect the soursop cocktail. Her writing during this period appeared in publications including The Wall Street Journal, The Washington Post, The Atlantic and Hana Hou! magazine. Previously, she worked for Hearst Newspapers in Connecticut. An Upstate New York native, she has a degree in journalism from Boston University.

In a decade of reporting, Brittany has traveled to Russia, Poland and across the U.S., interviewing subjects ranging from the Dalai Lama to Ghostface Killah of the Wu-Tang Clan. Her writing has explored a similarly vast range of topics, from the plight of an accused cannibal on the run from police to an investigation into undocumented toxic waste buried beneath suburban Connecticut homes. Her series on the latter subject earned national accolades and inspired the state legislature to adopt a new real estate disclosure law to better protect homebuyers.

In pursuit of a good story, Brittany has learned to fly an M-26 Air Wolf and chased down a suspected killer while wearing heels and a silk dress.

The Tourists Are Back. In Rural Hana, The Residents Aren’t Happy

A Maui Farmer’s Dream: Where Food, Not Fences, Separates The Homes

Kauai Wants To Reopen Beaches. That Could Put Homeless Back On The Streets

Should Hawaii Invest To Help Workers Displaced By The Pandemic Find New Careers?

Made In Hawaii? This Innovative Startup Can Help You Promote Your Product

Did An Abusive Relationship Lead To A Young Woman’s Involvement In A North Shore Murder?

Zippy’s Plans To Pay Employees To Get Vaccinated

Suicides In Hawaii Have Declined During The Pandemic

These 2 Companies Are Putting Big Money Into Hawaii’s Agricultural Future. Will Their Bets Pay Off? 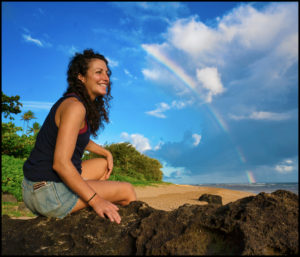