Chris Lee is the founder and director of the Academy for Creative Media System at the University of Hawaii, which now supports 17 programs at 10 campuses on all islands. He is an Iolani High School and Yale University graduate. Previously president of production at Columbia and TriStar Pictures, he helped shepherd such Academy Award-winning films as “Philadelphia,” “As Good As It Gets” and “Jerry Maguire.” 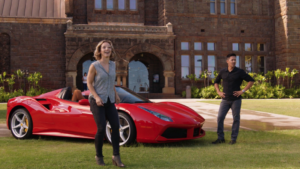