Courtney Teague was a reporting fellow for Civil Beat.

She graduated from the University of Hawaii at Manoa with degrees in English and philosophy. Though Courtney’s phobia of weather below 70 degrees brought her to Oahu from Southern California in 2013, she’s come to love the island’s beaches, cuisine and culture.

When she began at Civil Beat as an intern in January 2016, Courtney continued to write about university matters such as its notorious struggle with deferred maintenance costs and energy use. Courtney has also covered education, infrastructure, and public policy at city and state levels. As news editor for campus paper Ka Leo O Hawaii, she led a staff of reporters, followed key UH issues and contributed to the editorial board. 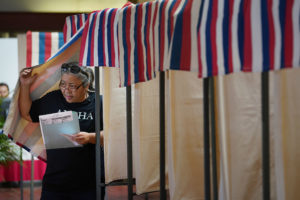 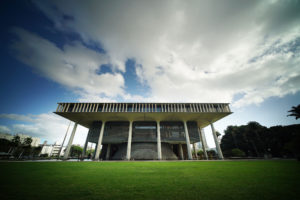 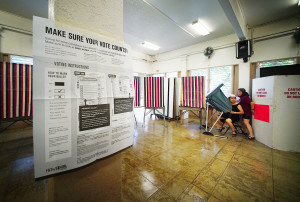 Want To Run For Office In Hawaii Without Joining A Political Party? Good Luck

No nonpartisan candidate has won a statewide or legislative office in at least 25 years. 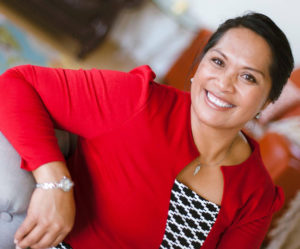 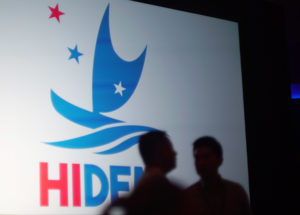 The party’s state chair says it’s too late to train volunteers to keep an eye on poll workers in Saturday’s election.

Lack Of US Citizenship Trips Up GOP State House Candidate

Sailau Timoteo is a citizen of American Samoa, making her ineligible to vote, much less run. 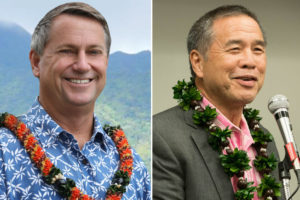 Open seats provide opportunities, while a longtime legislator is challenging to get his state Senate post back. 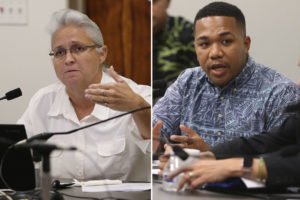 Familiar Faces Return For Another Run At State House Seats

Former legislators try to regain their seats in Waianae and Ewa, while a candidate who narrowly lost in 2016 runs again in Manoa. 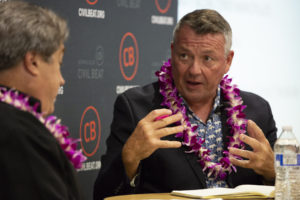 Education and a diversified economy are top priorities for the ex-Marine who is seeking the GOP nomination for governor. 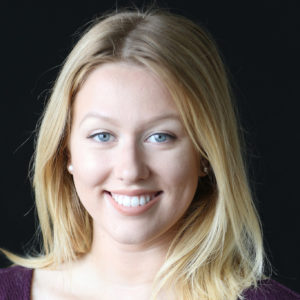