HART, HECO At Odds Over Who Caused A $34 Million Change Order To Rail

Narrow Council Vote Propels Anthony Aalto Onto The HART Board

For Cost Overruns, Honolulu Rail Is In A League Of Its Own, New Data Shows

Paid To Stand By: How A Botched Rail Contract Multiplied Costs

Aalto Moves Closer To Replacing Uno On HART Board

Building Honolulu Rail: It’s Just A Matter Of Time Before You Hit Something Important

Tourists Are Back In Force On Hana Highway. Why Not Charge Them?

Alternatives To The Last Honolulu Rail Leg? HART Releases A ‘Matrix’ Of Ideas

Will Hawaii’s Spinner Dolphins Finally Get A Rest From The Crowds?

Blangiardi Suggests Rail Could Stop Short Of Ala Moana

Under New Leadership, HART Purges Nearly Half Its Staff

Relics Of Sugar’s Past, Hawaii Dams Will Take Years To Fix Or Remove

Maui Area Evacuated After Heavy Rains Cause Dam To Overflow

Could Hawaii’s Fossil Fuel-Powered Cars Soon Be A Relic Of The Past?

Molokai’s Fabled Axis Deer Are Starving To Death In Droves

New Route For Honolulu Rail? Any ‘Hare-Brained’ Scheme Is Being Considered

For The Honolulu Rail Project, 2020 Was The Year The Wheels Fell Off 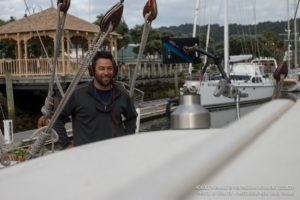