Before relocating to a place where he can now kayak without a wet suit, Jim spent more than 30 years as a reporter and editor at The Seattle Times.

He held several leadership positions there, including managing editor. He helped lead Seattle Times teams that won two Pulitzer Prizes for breaking news — the first in 2010 for coverage of the killing of the three suburban police officers; the second in 2015 for reporting on a deadly landslide in Northwest Washington.

He also worked on some of The Times’ more innovative projects, including Education Lab, which explores solutions to the most pressing problems in schools, and “Sea Change,” an award-winning multi-media project about ocean acidification in the Pacific.

Jim’s career includes stints as The Times’ chief political reporter and head of its statehouse bureau, environmental reporter and staff writer for the Sunday magazine. He co-won several national awards for investigations into Washington’s troubled mental health system and how taxpayers lost out on federal wilderness land swaps.

He got his start in journalism as a very green UPI reporter in the Philippines, covering the beginning of the “People Power” uprising that eventually brought down Ferdinand Marcos.

The path to journalism included a lot of other jobs along the way: he helped start a low-income child care center as a Vista volunteer, worked at a college bookstore and a nursery, produced an oral history on Seattle’s historic First Avenue, and taught middle school in Indonesia.

Jim has taught journalism at the University of Washington and Seattle University. He also as taught and trained journalists in Indonesia and East Timor. In 1998, he was a Jefferson Fellow at the East-West Center in Honolulu and later participated in a seminar there with Muslim editors from Asia.

Growing up in Nebraska, Jim never saw the ocean until he was a teenager.

His wife, Lori Fujimoto, had a very different upbringing, growing up on Lanai when it was still a pineapple plantation. Her parents, siblings and numerous other relatives live in Hawaii. 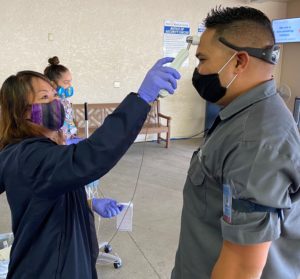 DOH Reports Death Of An Elderly Honolulu Man From COVID-19

A total of 18 Hawaii residents have died from the virus. 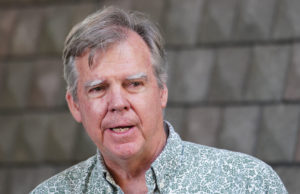 Bruce Anderson, director of the Department of Health, said the state now has the ability to perform up to 3,600 tests daily. 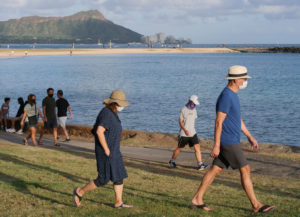 Oahu reopened its beaches this weekend, one of several steps taken across the state to loosen restrictions on residents and businesses. 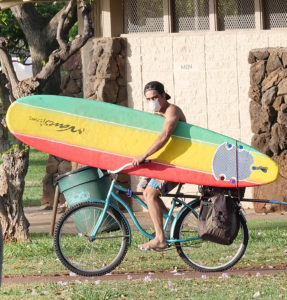 The continuing trend of few new cases in Hawaii has led officials to begin reopening many stores and lifting some restrictions. 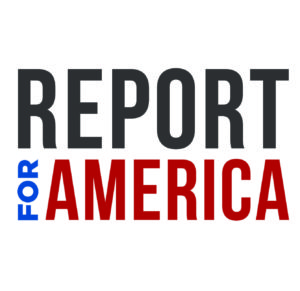 Some 225 journalists were selected this week to work in local newsrooms as part of the Report for America initiative. 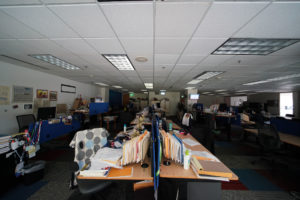 How We’re Covering The Coronavirus Crisis

Don’t be surprised if you see us out in the community. We’re more committed than ever to covering the virus and still keeping up with other important issues. 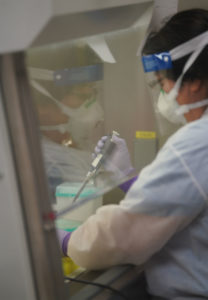 Have A Question About Coronavirus? We’ll Try To Answer It

Civil Beat would like to help answer some of your most pressing questions about the virus and find out steps people are taking to protect themselves. 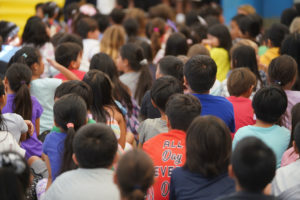 It’s important that the public know and understand how the state Department of Education handles teacher misconduct especially when it involves vulnerable children. 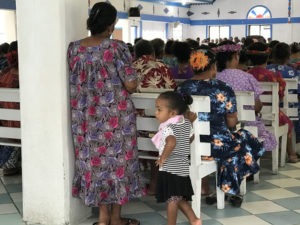 Our 2018 investigation has gotten renewed attention after an Arizona attorney was charged with multiple felonies for his role arranging adoptions of Marshallese babies. 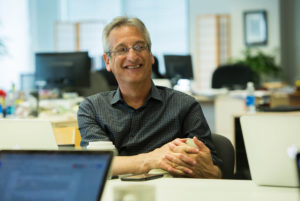