The Next Generation Radio project is a full-scale, digital-first multimedia training project with an emphasis on audio. The program is a series of week-long training projects that offers students or early-career journalists the opportunity to work with mentors to report and produce an in-depth audio story.

The January 2022 workshop is part of the Growing Independent Radio Broadcast Journalism in the Pacific Islands project, administered by the East-West Center in partnership with the Institute for War & Peace Reporting.

It was directed by NextGenRadio and sponsored by the University of the South Pacific, the East-West Center and the Institute for War & Peace Reporting, with in-kind support from Honolulu Civil Beat, the Honolulu Star-Advertiser and KUAM in Guam. 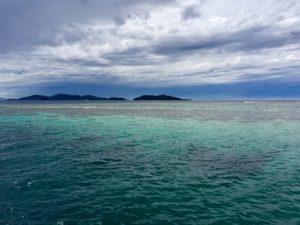 From Fishermen To Rugby Players, Climate Change Has Become A Fact Of Life In Fiji

The Pacific island nation was the first to relocate a community due to the effects of a warming planet. The struggle continues as families learn to adapt.