The theft of a mailbox, which federal prosecutors say was staged, opened the door to the largest public corruption scandal in Hawaii history.

It might be one of the best kept secrets of the criminal case against Louis and Katherine Kealoha.

Who took the mailbox?

Honolulu’s retired police chief and his wife, a former city prosecutor, face a series of federal felony charges for allegedly framing her uncle Gerard Puana for the June 21, 2013, mailbox theft, which was caught on surveillance video taken from their home in Kahala.

After a highly publicized investigation that has lasted nearly five years, jury selection is set to begin Monday at the Neal S. Blaisdell Center, where more than 400 prospective jurors are expected. The trial will move back to the federal courthouse after initial jury selection reduces the pool.

Prosecutors for the U.S. Justice Department plan to prove it was the Kealohas and a band of police officers who staged the crime in an attempt to take out Puana for filing a lawsuit against their boss’ wife that accused her of fraud.

But U.S. attorneys have never given any indication in court records or otherwise that they know who it was that actually made off with the mailbox.

As far as they’re concerned, they only need to prove that the man in the baseball cap and cargo shorts is not Gerard Puana. From there they can lay out the rest of their case.

“Of course I’m curious to know who it is who took the mailbox because it certainly would help us to understand the depth and breadth of the corruption,” said Alexander Silvert, Hawaii’s First Assistant Federal Defender.

Silvert is a key witness for the prosecution. He was Puana’s publicly funded defense lawyer after Puana was accused by the Kealohas of stealing their mailbox.

Silvert and his investigators uncovered the alleged frame job that ultimately led to the DOJ appointing a special prosecutor — Assistant U.S. Attorney Michael Wheat of San Diego — to investigate the Kealohas and others associated with them.

Silvert never learned who the man in the surveillance video was and he suspects the prosecutors haven’t either based on the way the case is unfolding.

If they knew his identity, Silvert said, that person would be a critical witness against the Kealohas and their alleged co-conspirators because then the prosecution could simply call that individual and have him explain the whole set-up.

“That would be the best evidence in the world, but it’s highly unlikely the government has it because otherwise the defense would have it and the defendants wouldn’t all be holding firm and going to trial,” Silvert said. 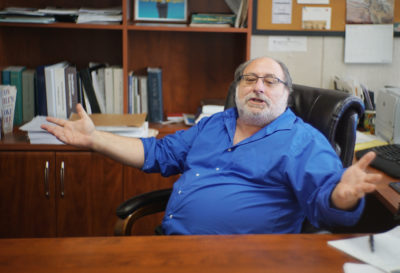 Federal public defender Alexander Silvert represented the man the Kealohas accused of taking their mailbox. The real culprit likely will never be known, he says.

He added that it’s entirely possible that if the government gets a conviction, one of the defendants will offer up the name of the mailbox thief in exchange for leniency during sentencing, but that’s still no guarantee.

Instead, the government will focus on all the facts underlying the alleged set-up, from prepping the mailbox for the theft to writing false police reports and conducting secret surveillance of Puana both before and after the alleged crime.

“We don’t need to know the name of that person who took the mailbox,” Silvert said.

“Whether it’s John Doe or whoever, the jury has to be convinced by the government that the man who stole the mailbox was put up to it by these defendants in order to frame Gerard Puana.”

While that might not be satisfying for those who have been following the scandal as it’s unfolded over the past four-plus years, it’s important to remember that this case was never about a stolen mailbox.

It’s about the alleged abuse of power by high-level people in Hawaii law enforcement and the failings of an insular political system that allowed it to flourish.

Wheat launched his grand jury investigation into the alleged frame job in November 2015.

Since then it’s blossomed, turning what seemed like an open and shut criminal case involving a petty family rivalry into arguably the largest public corruption scandals in Hawaii history.

The mailbox conspiracy was only the beginning. It led to allegations of bank fraud, identity theft and the victimization of two children who lost their inheritance left behind by their deceased father to Katherine Kealoha.

Two Honolulu police officers have already pleaded guilty to criminal charges, as has a Big Island firefighter who admitted he lied to investigators about his affair with Katherine Kealoha.

Katherine Kealoha and her younger brother, Rudolph Puana, have also been indicted on a series of drug charges.

According to prosecutors, the siblings were running a prescription drug ring with friends that was based off Puana’s access to medication as an anesthesiologist.

Prosecutors say he was trading drugs, such as fentanyl, for money and cocaine and that Katherine Kealoha was using her position as a city prosecutor to keep him out of trouble.

And even more indictments could be coming down. 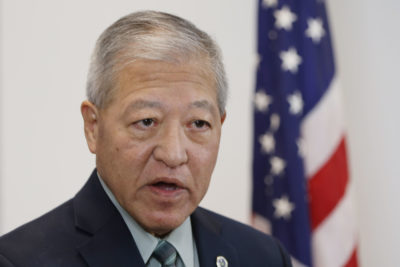 Honolulu Prosecuting Attorney Keith Kaneshiro is under federal investigation himself.

Throughout it all serious questions have been raised about how such a widespread conspiracy could have happened and who should have been keeping an eye on local law enforcement.

We know it wasn’t the Honolulu Police Commission.

Even though it was well known the Justice Department had HPD’s police chief in its sights the commission refused to launch its own inquiry, much less acknowledge the federal investigation was underway. It even gave Louis Kealoha an outstanding job review.

As former Commission Chairman Ron Taketa said, “There are some rumors that there’s an inquiry, but at this point in time there’s no basis at all for the commission to consider any type of administrative leave or disciplinary action.”

For years, Caldwell tried to distance himself from the scandal, even as it was becoming apparent it could no longer be ignored.

And while he did appoint a couple of new police commissioners to provide stricter oversight of HPD, he mostly took a hands-off approach.

And now one of Caldwell’s top cabinet members, Leong, is under investigation for her role in negotiating behind closed doors a $250,000 payout to Kealoha shortly after he was named a criminal suspect in the federal probe.

Former Honolulu police commissioner Max Sword, who is also a political appointee of Caldwell, was also involved in cutting that deal.

We know, too, that Kaneshiro didn’t seem to take the investigation into him and his office seriouslly. He called the DOJ investigation a “circus” and consistently defended Katherine Kealoha even when it put his own credibility at risk.

He went on paid leave shortly after Hawaii attorney general Clare Connors asked the Supreme Court to suspend his law license. As Connors said when she made the request, it was “unprecedented.” 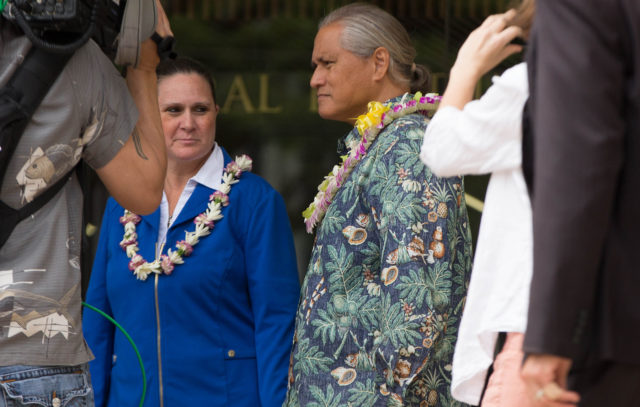 Former Honolulu Police Chief Louis Kealoha and his wife Katherine leave federal court after being formally charged with conspiracy and other felonies, October 2017.

If anything has become clear in the past five years it is that the stakes here are incredibly high for a case that started with a missing mailbox.

The Justice Department has questioned the very integrity of Hawaii’s criminal justice system and the politicians who protected it.

If they’ve gotten it wrong and the Kealohas and their alleged co-conspirators are in fact innocent the ramifications could be felt for years, especially the next time someone is accused of public corruption.

Either way, we still might never know who it was who took the Kealohas’ mailbox. Still, it’s important to ask: Does it matter?